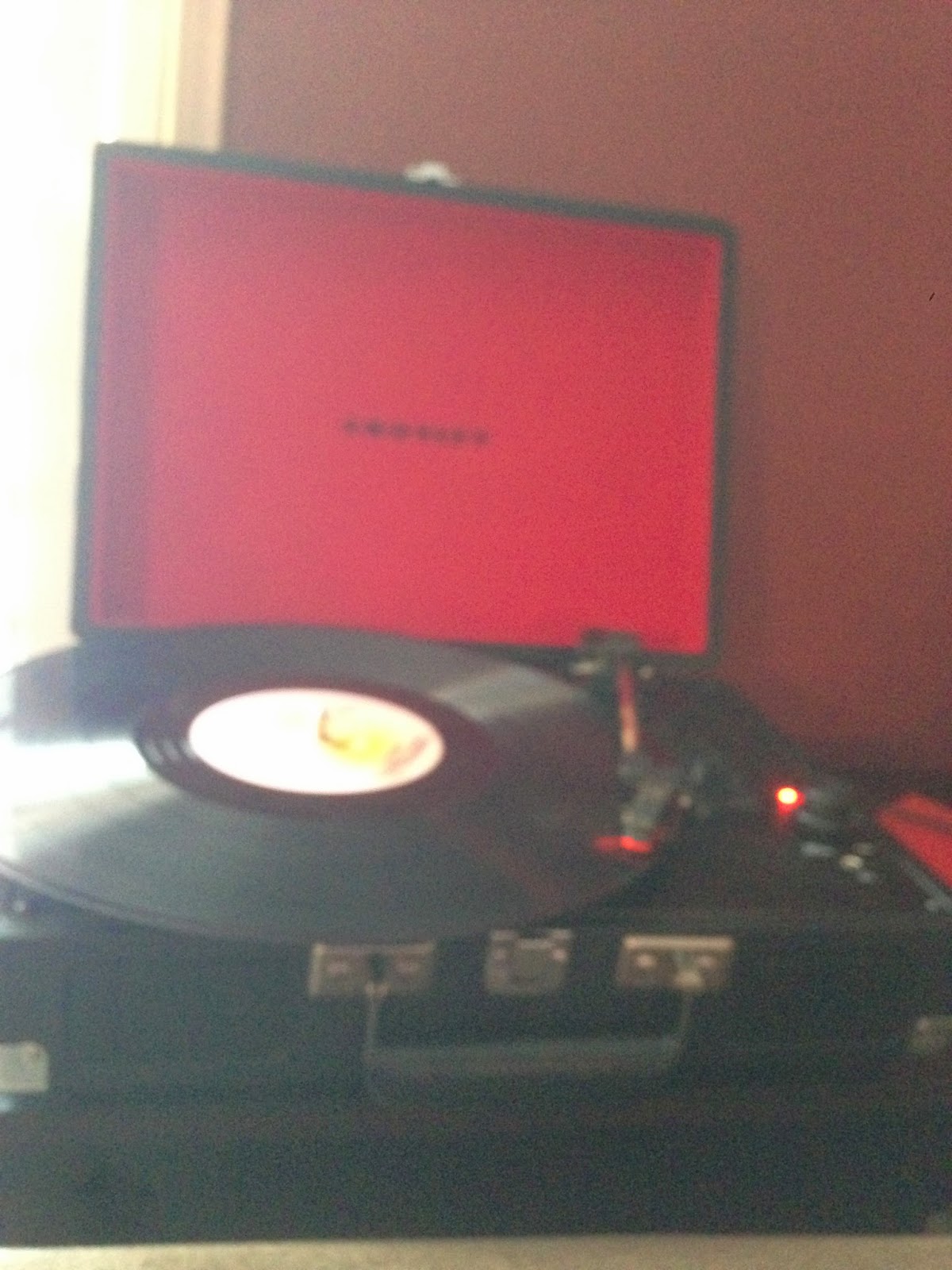 Hi All! I hope everyone had a nice weekend and for those who could, I hope you enjoyed Father’s Day.  I know that I had a great time this weekend giving my Dad a record player and allowing him to listen to some of his old favorites.  It was a nice little piece of nostalgia.  I hope you continue to enjoy it, Dad! When I weighed at the beginning of the weekend I was down 1.8 pounds! So, I am definitely on the right track with the lose it app.  I went a bit over Saturday night and definitely ate way too much yesterday so as usual, the weekends are my weakness.  I am doing well so far today and plan to continue that through the week.  I am going to Atlanta this weekend for a concert so if I know me, I certainly won’t be perfect but hopefully I won’t inflict too much damage.  I really like the app a lot and I think I’m going to stick with it awhile.  I wanted to give a correction from last week’s post as an FYI.  Thanks to my Aunt for pointing it out.  I posted that I’m loving the new Key Lime flavored yogurt with granola and that it’s only 100 calories a cup.  Well the picture I posted said it was 170 calories.  I posted the wrong picture.  I’ve actually been eating the same version in a smaller size that is only 100 calories so just make sure to pay attention to the nutrition facts.  She also told me about a lot of other yummy sounding flavors so I’ll definitely keep that in mind the next time I go yogurt shopping. 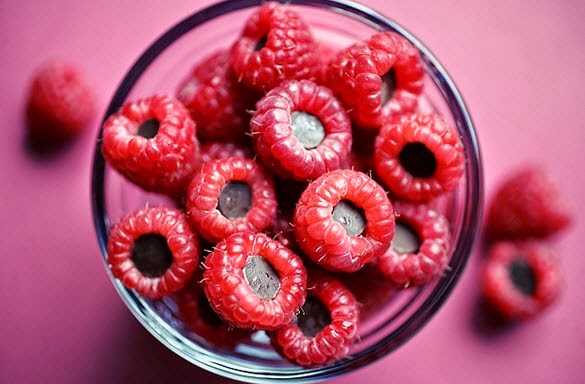 I wanted to tell y’all about a new snack.  I saw this idea on Pinterest and then my mom made it happen.  It’s pretty simple.  All you do is take fresh raspberries and stuff them with one chocolate chip in the middle.  It’s simple but fairly decadent for a snack that’s not bad nutrition wise.  Obviously, the berries are good for you and the chocolate chips we were eating were Ghirardelli brand and only 70 calories for 32 of them.  So, if you think about it, you’re getting a lot of bites for not that many calories.  I’d give it a shot if you like raspberries and chocolate. 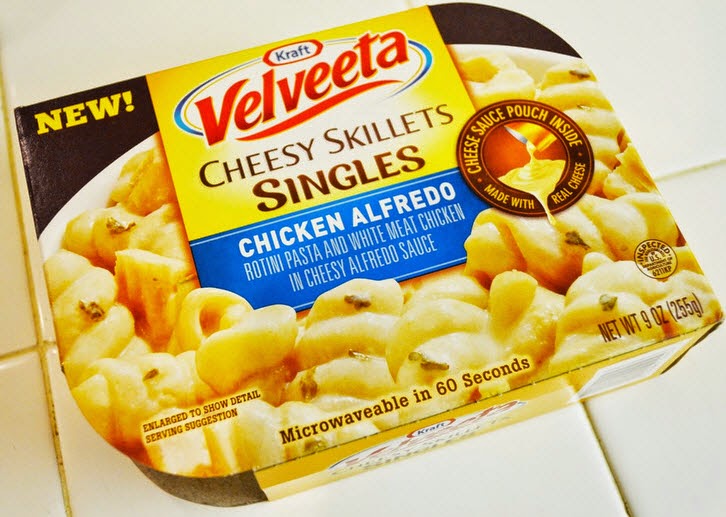 I know that advertising food with preservatives isn’t the “in” thing right now and I certainly don’t disagree that natural ingredients are better but for me, right now, I’m working from 8-5 during the day and 6-9 at night.  I’m working out at lunch so there is virtually  no time for me to cook during the week, so sometimes, I eat the easy stuff.  Velveeta, in addition to having the cute little cups of low fat shells and cheese, has something called Velveeta Cheesy Skillets Singles.  I got the Chicken Alfredo flavor and it was pretty good and only 290 calories.   I get so tired of frozen meals and while this still has that pre-packaged feel it is something a little different. 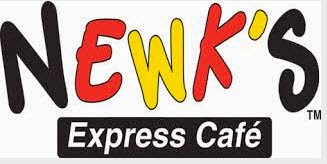 I wanted to give Newk’s a little shout out.  Honestly, Newk’s doesn’t have too much they can be proud of in terms of nutrition.  They have a nice nutrition calculator on their website but the truth is, there’s not much on their menu that is figure friendly.  Well, this week I discovered that their Grilled Vegetable soup is only 180 calories for 16 oz.  That’s a pound of soup y’all.  Also, it’s delicious.  You can have that and a pack of their little breadsticks which are about 50 calories a pack and be stuffed when you leave.  Now soup isn’t something you want to eat every meal because even though it’s low in calories, it’s packed with sodium.  It’s good know though that at least a few days a week, Newk’s serves something that will fill you up and not make you feel guilty. 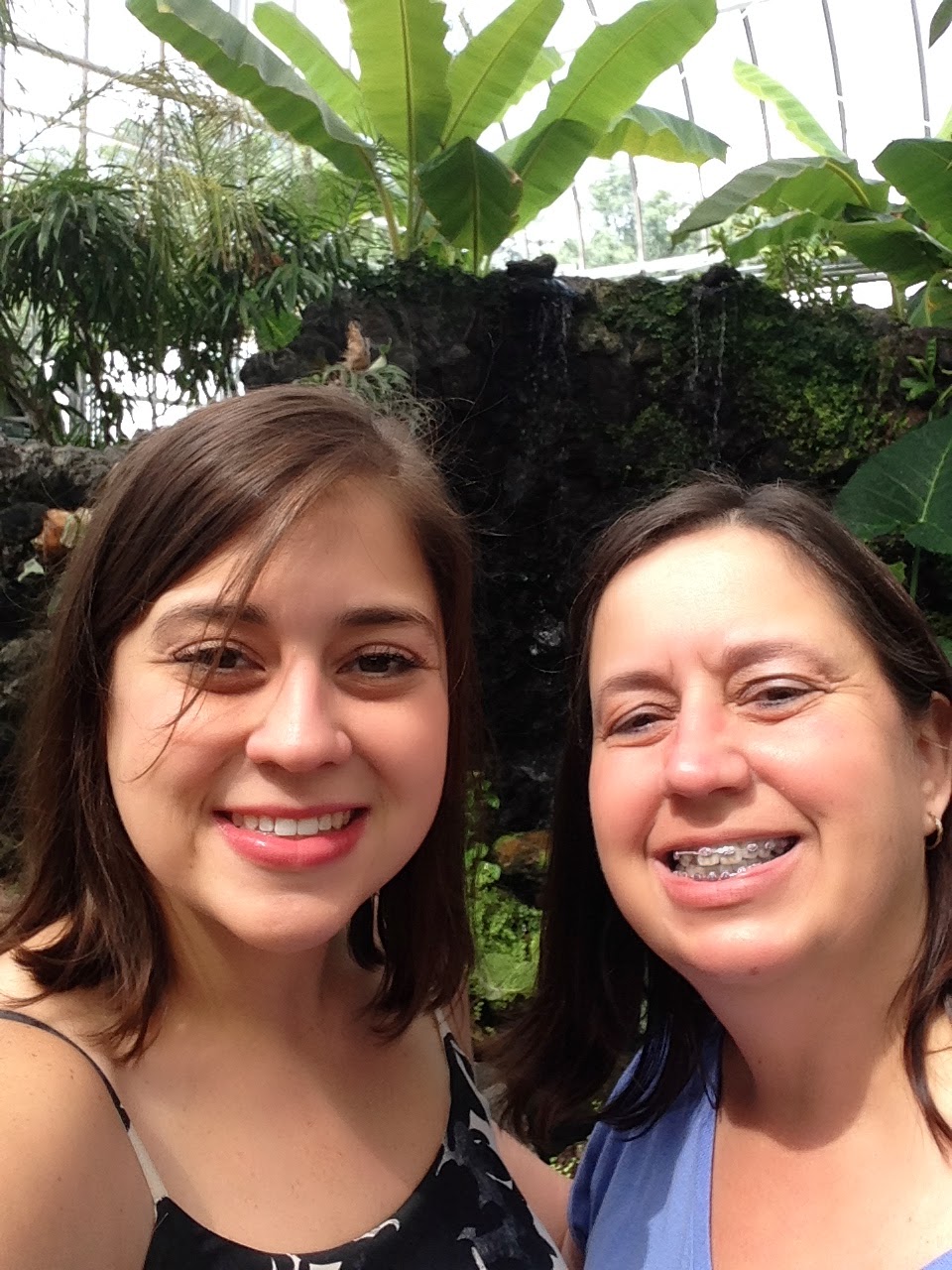 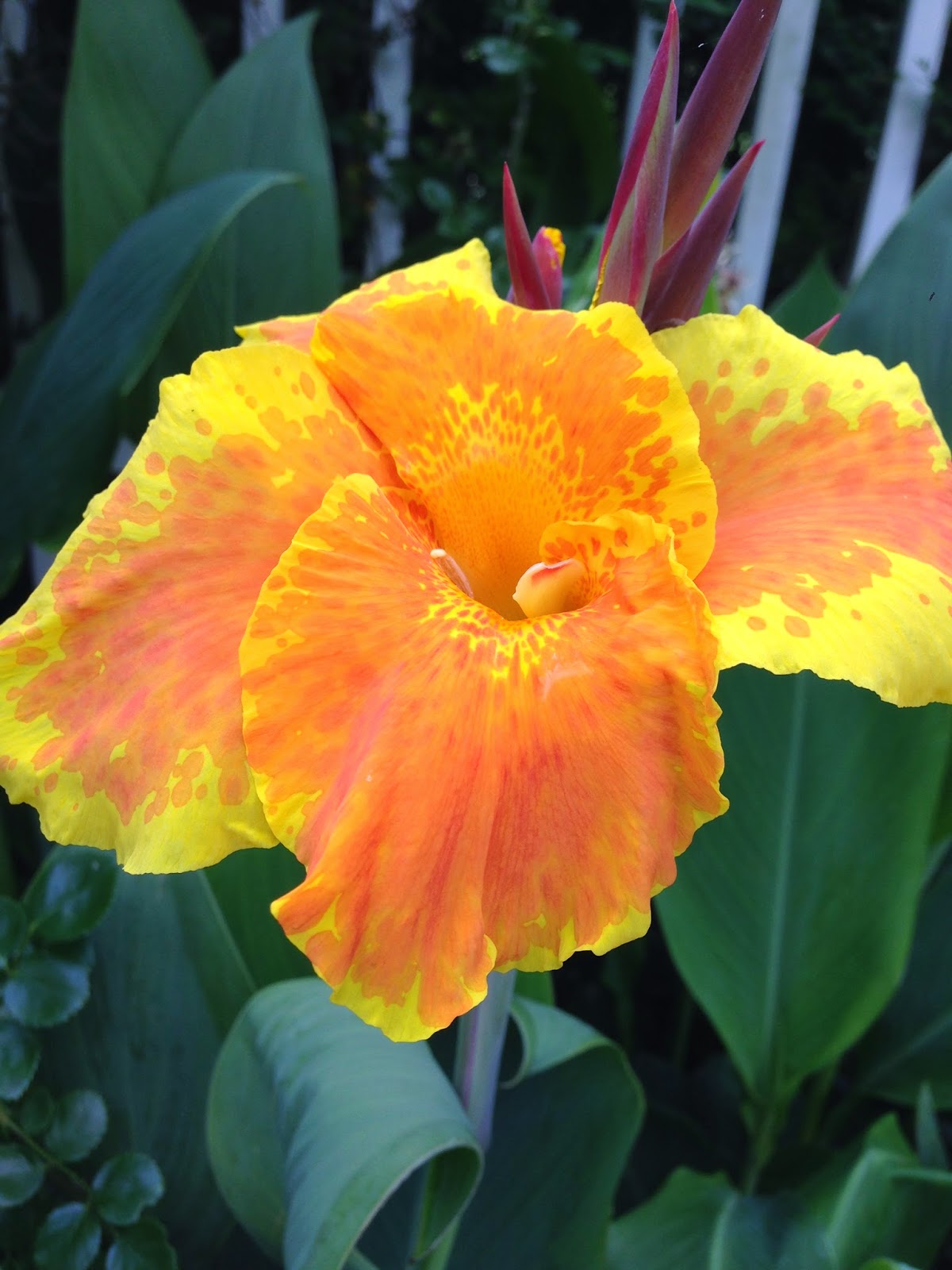 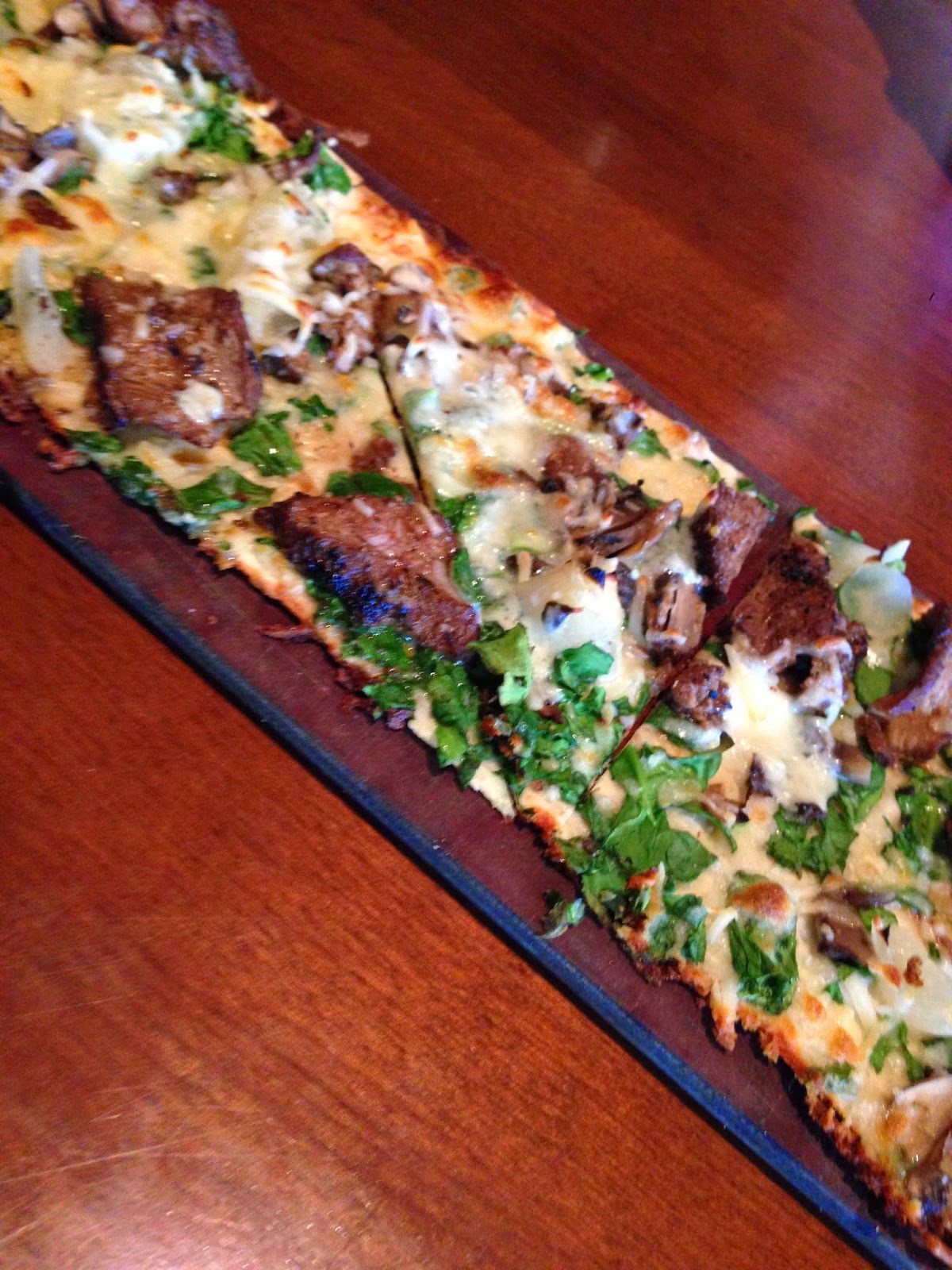 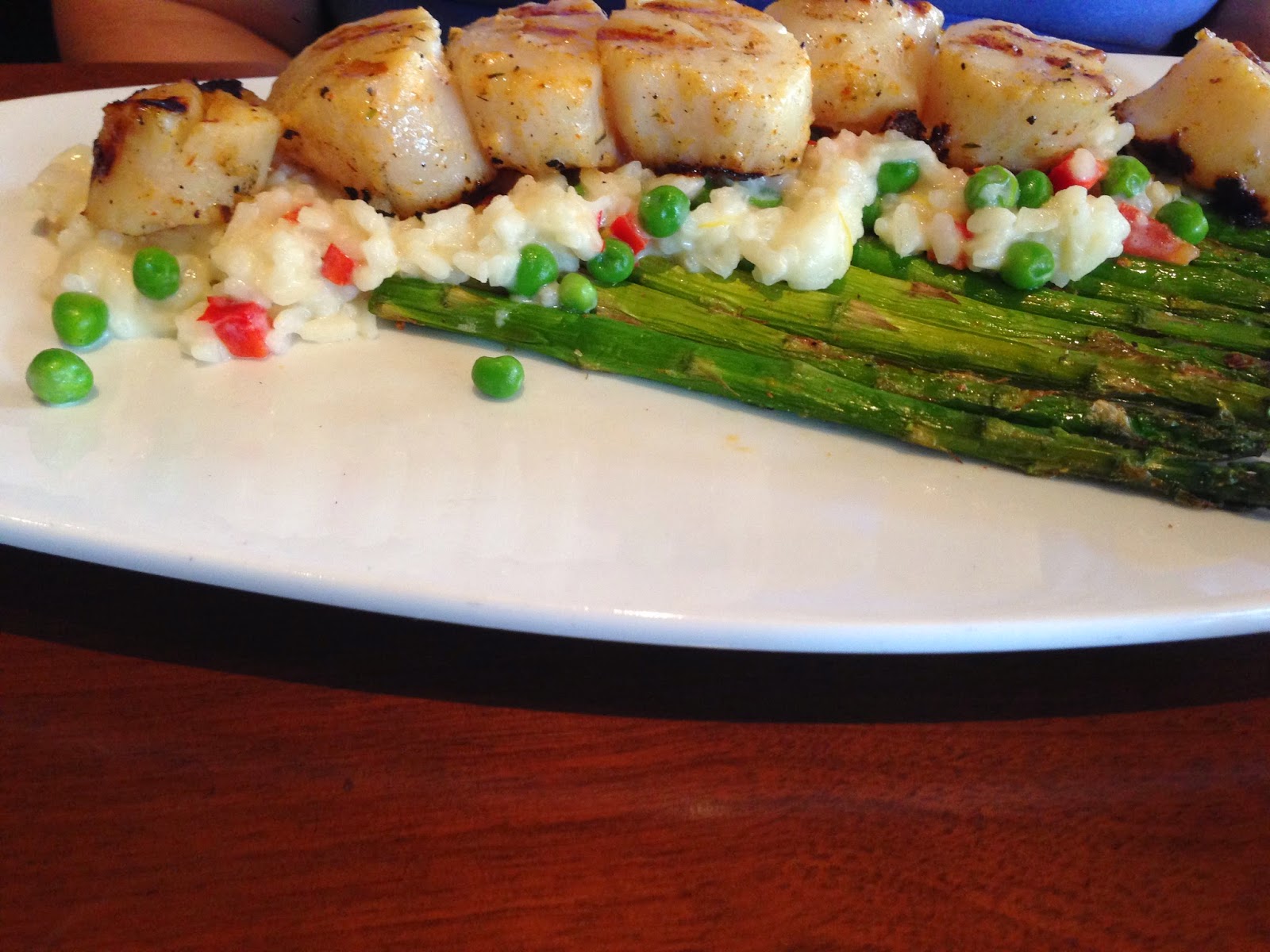 For Mother’s Day, I promised my mom a nice lunch and a Mom/Daughter day out and we cashed that in on Saturday and had a great time.  We went to the Birmingham Botanical Gardens which was really nice. We ate at a place called Seasons 52 at The Summit in Birmingham.  It’s a nice place with fresh ingredients and their big thing is that everything on the menu is under 475 calories so we didn’t feel too guilty for eating there.  It was quite tasty.  We did some shopping at the Summit then watched the movie Chef which was really cute.  Overall, it was a great day.

I hope you all have a nice week!

Good luck with all your goals!

“Wait a second,
Why should you care what they think of you?
When you’re all alone, by yourself, do you like you?