When the work you put in is realized...

Happy Valentine's Day y'all! I hope whether you're single or not, that your day is filled with love! I was entertained to see my different moods about Valentine's Day each year in my time hop. I still think it's a holiday with issues but at this point, I enjoy a holiday that celebrates love. I have so much love for Ian, my friends and my family. Having a support system is something I don't take for granted. So, here's a hug for y'all. Let there be so much love in your life.

I'd like to hop back to Christmas Eve real quick before I move on. I was in Nashville with Ian as we were wrapping up our holiday visit with his family. We were set to drive to Chattanooga that morning after church. Of course, I woke up early and was going through my morning routine with my phone. I always start by checking my email. When you're a writer, rejection is just part of the gig. I have gotten countless rejections over the years. Over the summer, I submitted a draft of My Life Without Ranch (the book) to 50/50 press. The response I got was so heartfelt, but it was, in fact a rejection. After the rejection, I found myself inspired. I dove in to re-write the manuscript for a third time (at least). Once I finished, I sent it to 50/50 press again. I thought it was a long shot. I knew she appreciated my voice but truth be told, I was worried I would annoy her and I was so used to rejection I honestly didn't put much stock in it. Having said that, I knew this was the best draft I had turned out.

So, back to Christmas Eve. I'm going through my emails, mostly junk, and see her email address pop up. My immediate thought was, "Really?! Who sends a rejection on Christmas Eve?!" I didn't even open it right away. I went through and deleted all the Christmas Eve ad emails and then finally got back to the email from 50/50 press. The first word I read was "Congratulations." I threw the phone down in shock. I picked it back up and started reading the good news: my number one dream in life was coming true and I started sobbing. This book is so unbelievably personal. It has taken so much out of me. I've learned more about myself writing it than I have just living my every day life. The thought of people reading it is truly terrifying but because other people understand the struggle of body image and self-love, I'm getting my ISBN number, something I was starting to think was never going to happen.

I'm not exaggerating when I say that not more than a week prior to this news, I had a breakdown over a necklace breaking and cried to Ian telling him that I wanted to stop writing for awhile. It was a spiral stemming from the struggle I've had with weight for so long and the insecurity I had about getting that struggle on the page in an entertaining way. I had come to terms with the fact that maybe a book wasn't going to happen and I wanted to focus on something else. Writing is exhausting and draining and the rejection can be overwhelming. Receiving this email was the single most empowering, emotional and tremendous moment of my life. I know that's dramatic, but I AM a writer. I immediately woke Ian up to make him read the email at 7:30AM. I needed someone to verify that I was reading it correctly and then I proceeded to call my family, then Jordan and Cassandra. In the car, on the way to Chattanooga, every song made me cry like an idiot. I know it's corny but I LOVE sappy Tim McGraw songs. His song "Humble and Kind" came on and I flipping lost it. Ultimately, the song is a message to people to not be jerks when their dreams come true but dang if it doesn't choke me up. That day, hearing: "When the dreams you're dreaming' come to you, when the work you put in is realized, let yourself feel the pride, but always stay humble and kind." Y'all I lost it. I've skated by in some areas of my life but when I say I've worked hard on this book, I mean it. It's a wonderful feeling I can't quite put my finger on. I also cry when Paperback Writer plays now too, haha. I'm nuts. Anyway, the point is, thank you to everyone who has been so kind and supportive over the years. I can't wait for you to read the book this fall/winter. I can't wait to hold it in my hands. 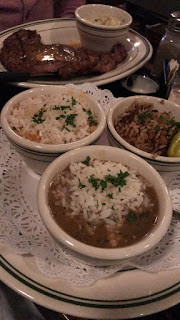 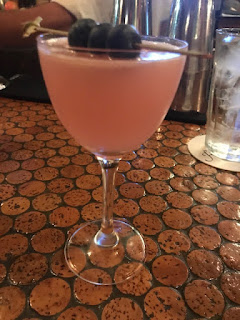 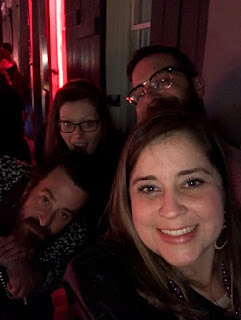 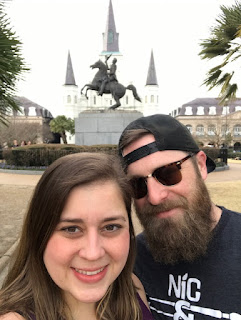 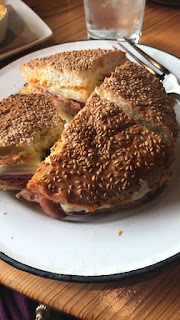 There's not a smooth way to transition from that so I won't try. Ian and I went to New Orleans for a spur of the moment trip a couple weeks ago when his band found out they had a gig down there. We were only there two nights (one of which he played) but in the time we did have, we ate wonderful food, ran into friends, had tasty drinks and just enjoyed the city in general. I always love going to New Orleans…especially when it's not too crowded. I imagine it was crazy down there last night. 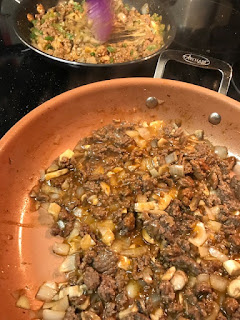 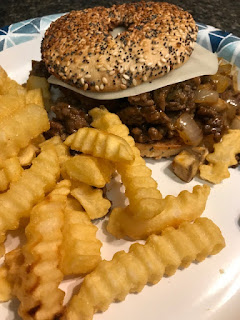 I've been back in cooking mode this semester now that I have a bit more time. One of the first recipes Ian and I made was a Philly Cheesesteak Sloppy Joe. We made two pans based on veggie preference. In each pan, we sautéed lean ground beef, garlic, salt, pepper, onions, about a tablespoon of ketchup and a little bit of beef broth. In Ian's pan, he had chopped bell peppers. In mine, I had chopped mushrooms. Once it was all cooked through, we had it on our bread of choice with a slice of ultra thin provolone cheese. It was DELICIOUS! The only fat came from the beef and since we used extra lean, it was not bad. It was nice to change up the typical lean burgers we usually have. 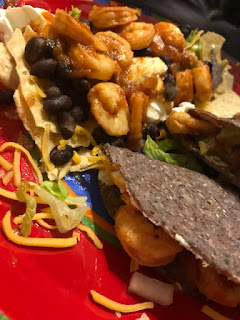 A couple weeks back, Fresh Market's Little Big Meal was taco night! We had chicken in the freezer so Ian had chicken tacos. I grabbed the shrimp and had shrimp tacos at home. Again, it was nice change and the seasoning Fresh Market provides had quite a kick! We eat Mexican food SO MUCH and love it just as much when we make it at home. 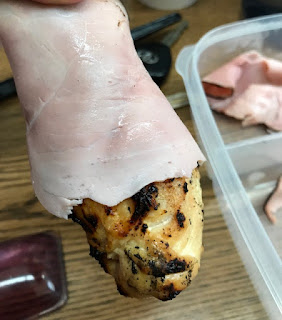 It's back to school time and on Tuesdays and Thursdays, I get up early and work out and then I'm on campus from about 10:30-6:15. That means, I bring lunch. I've been eating carrots and hummus and string cheese and applesauce and sandwiches and all the staples but a couple weeks ago, I brought leftover grilled chicken for lunch and to jazz it up just a touch, I wrapped it in ham slices. The truth is I always feel like I'm starving on campus. I don't know why. Because of that, I bring a ton of low cal options that I can snack on all day. It's a mental thing I guess. 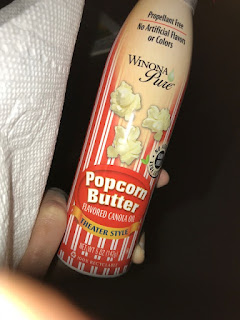 In terms of weight, I'm about the same as I was last month. That's one of the reasons I've been super grumpy about my body lately. I'm trying to listen to my own advice but it's hard. I'm definitely eating better and one week I lost 3 pounds. The next, out of nowhere, I put it all back on. My body makes zero sense sometimes. I'm down about half a pound which means I still have 8 I want to get off for my first goal of the year. I'm not exactly in a hurry but the stalemate annoys me. Anyway, I digress. When I'm back on my diet, I rely on those 100 calorie popcorn bags for late night snack cravings. They don't exactly have a ton of flavor, but one day Ian and I were in the popcorn section and discovered this popcorn butter spray. It claims it's zero calories. It's kind of like Pam but with a stronger butter taste. Y'all, I hope this spray doesn't cause cancer or really have like 1,000 calories because Ian and I are obsessed. We get so cracked up because we will be sitting there and one of us will hear this loud, long spraying noise as we coat our popcorn in this stuff. It definitely cranks up the boring, plain, healthy popcorn up a notch. I highly recommend it. 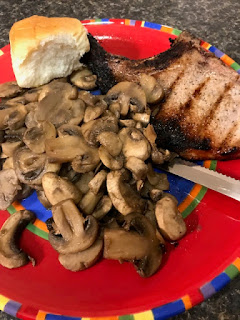 Finally, since it's Valentine's day, I have to give extra kudos to Ian. Even though I've started cooking a bit more, he's still the primary cook of the house right now. He DESPISES mushrooms. He has branched out a lot since we've been together in terms of food but he draws the line at mushrooms. I happen to love them. One night, I sent him a sautéed mushrooms recipe that used beef broth (and a couple spray from the olive oil sprayer I have talked about before) and garlic, salt and pepper and he made them for me as a side dish to pork chops. They were DELICIOUS! I was super impressed that the made some bomb mushrooms even though he hates them. Anyway, I'll stop bragging now.

Enjoy your Valentine's Day y'all!

Talk to you next month!