Hey y'all! It's officially spring and though the weather is still confused, the pollen is here and I'm feeling it. My allergies are wild as all get out right now, but I'm starting to just get used to it. Also, because it's mid-April, that means I have a little over 2 weeks left of school and then I'm done! The semester has been seriously dragging since spring break and because I picked up a class for someone on maternity leave, I've been driving nearly 3 hours Monday and Wednesday morning and I'm most definitely ready for that to be done. 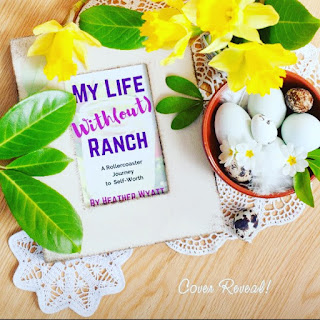 Since I started with a series of complaints, I will go ahead and tell you that life, though stressful, is pretty dang awesome. First, as you can see above, the cover for My Life Without Ranch (THE BOOK)  was revealed. There is still some editing left, but I am getting one step closer to holding the book in my hands and sharing it will all of you. Second, even though I'm poor as dirt, I have a lot of fun trips planned this summer. I'd like to thank my parents, American Express and those schools that employ me for allowing me to have two beach trips, two concerts (one in Atlanta), a trip to Portland/Seattle (EEK!) and at least one short trip to Nashville and Chattanooga at some point. I love getting out of town so I'm super excited to go places with my family and friends. Third, as of last week, I finally worked off the weight I gained over the holidays! That was my first goal of the year. It took me until April but dang it, I did it and it feels nice. I'm losing weight SUPER slowly right now but I have momentum and I feel good and I'm working not to obsess so I am happy with the progress. I've made another small goal of around 9 pounds. I don't really care how long it takes so it could be awhile. As long as I'm striving to stay healthy most of the time and not beat myself up, I'm happy. 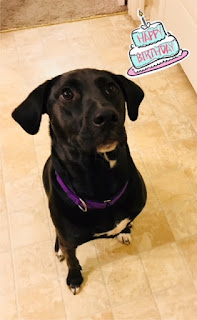 Happy Belated Birthday to my dog June! This little pup walked into our lives last year and now she's 1. In that time, she's been wild and destructive but we love her and she's part of the family. Maybe now that she's a year old she will calm tf down. Seems doubtful. 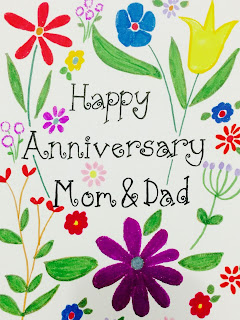 Happy Early Anniversary to my parents! I get to head out west with them this summer! I'm pretty lucky that they met in high school and married in 1982 because without them, I wouldn't have been able to see the world or you know, have the best food every Sunday night for dinner. 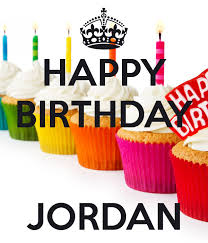 Happy Early Birthday to my bestie Jordan! You are THE most wonderful friend/person. Can't wait to celebrate with you and then see Shania in June. 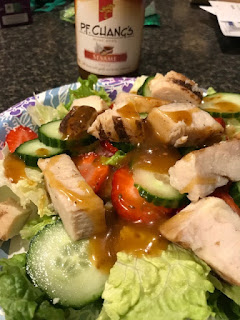 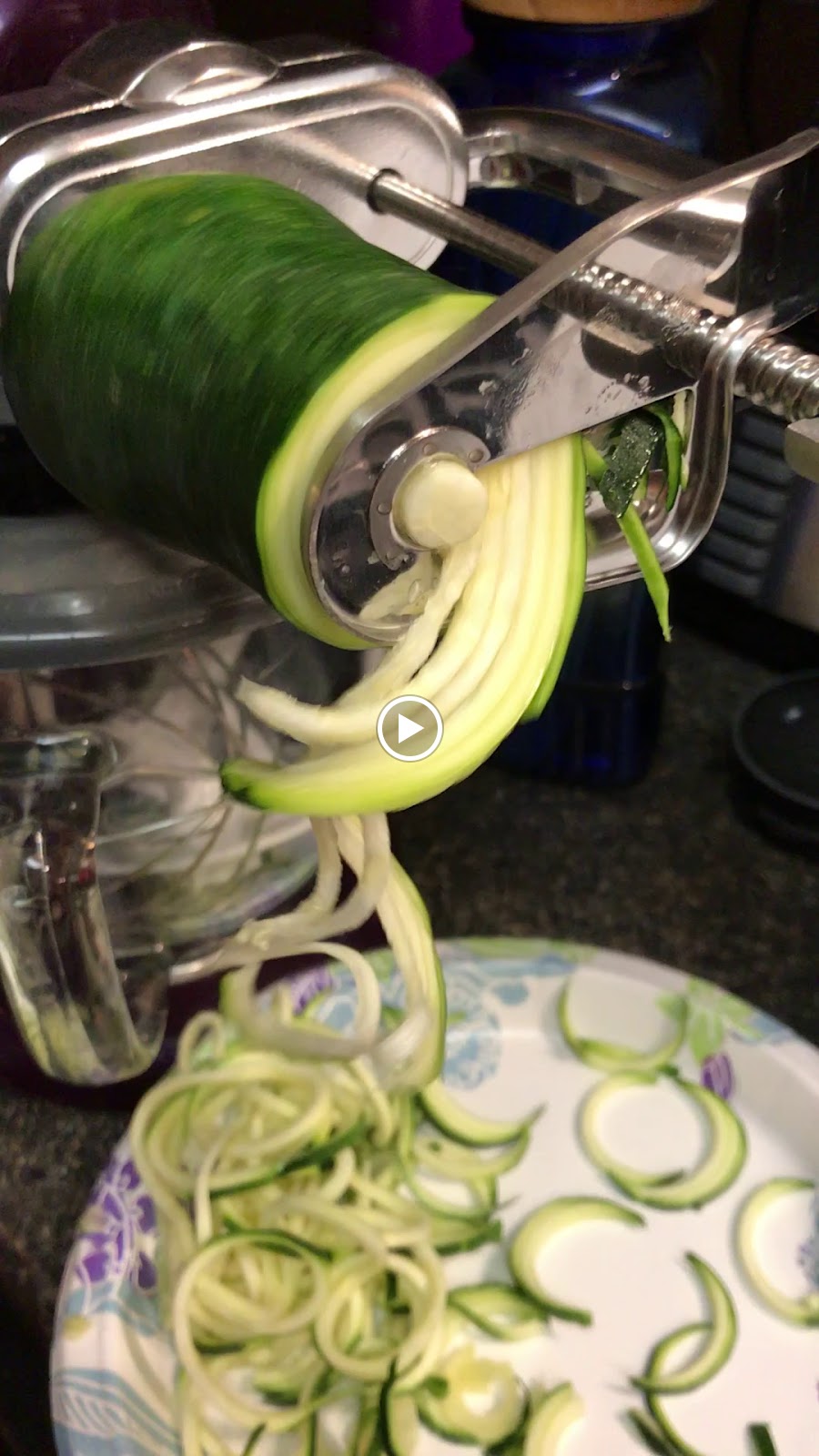 So, now down to business. As I think I've mentioned, my current food plan is the new Weight Watchers Freestyle. So far, it's been super manageable. There are a lot of "free" foods including eggs, fish and super lean turkey and chicken. Obviously, you can't eat only meat all the time…so you have to try to get your veggies in when you can. To show you I've been trying to eat more veggies, I included the pretty salad I made above with lettuce, cucumbers, fruit, fat free feta and sesame dressing (from P.F. Chang's and it's delicious) I also showed a video (that I hope you can see) that shows my new fancy spiralizer attachment for the Kitchen-Aid (courtesy of my parents) to make zoodles. Now, I'm cool with vegetables but I don't usually get excited about them unless they are wrapped in bacon or covered in cheese. I try to incorporate a veggie every day…like green beans or broccoli with dinner. In the spirit of eating more vegetables, I decided to try vegetables I either tried when I was younger and though I hated or vegetables I'd never had. I thought now that I was an adult, I may find that I like these veggies and then I would have more options. 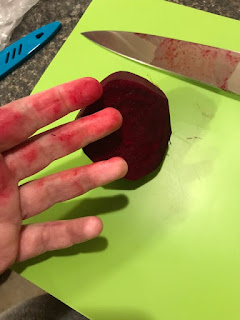 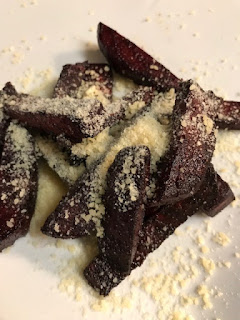 The first veggie I tried was beets. Y'all, my grandmother serves beets ALL THE TIME at her famous Sunday lunches. I've always sneered my nose at them but to be honest, I don't think I'd ever really given them a fair shot. Rather than add vinegar and sugar to them like my grandmother does, I prepared them in a way that actually gave me any chance of enjoying them. I cut them up into a fry shape, tossed them with olive oil, seasoned them with salt and pepper and them roasted them. When they came out, I added parmesan cheese. A couple things…1) when you cut up beets, it looks like you've bene involved in a crime scene. 2) It's hard to tell when they are done because they don't really change color or get "crisp." Ultimately, the beet itself didn't have a ton of flavor. It absorbed the flavors of the oil, seasoning and cheese. My problem with the beets had everything to do with texture. It was just limp and broke apart all gross in my mouth. I guess if I had to compare it to anything, it would be a roasted carrot that was in between complete mush and raw. I didn't really like it…at all. 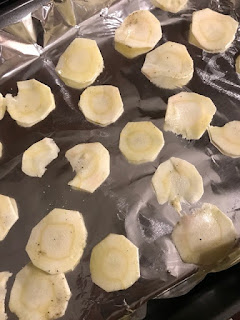 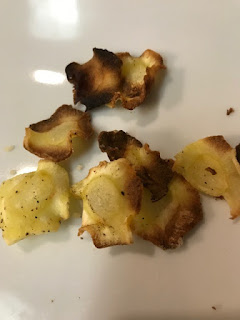 The second veggie I tried (which I later found out wasn't "free" on Weight Watchers) was parsnips. I had never tried them before. I used my mandolin to make parsnip "chips" and much like the beets, I tossed with olive oil and seasoned with salt, pepper and garlic powder. These are simple. Once you season them, just throw them on a baking sheet and bake them til the edges curl up and they are crispy. These were alright. I'd always heard that a parsnip is a cross between a carrot and a potato. I can agree with that. I liked the salty/sweet combo but to be honest, if I'm going to make a chip from something, I'd pick a regular potato, sweet potato, or even a zucchini if I wanted something less starchy. Having said that, they were my favorite of the vegetable experiments…that doesn't say much though. 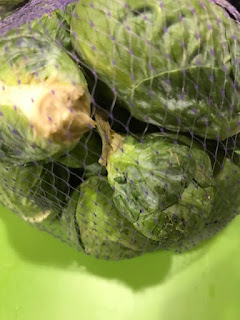 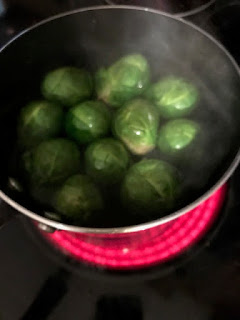 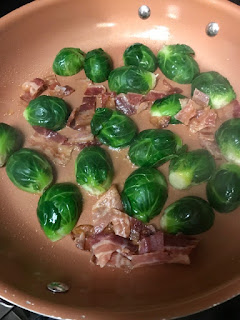 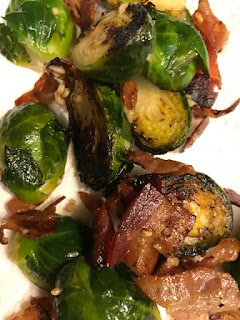 The third and final vegetable I tried was brussel sprouts. In my life I'd never eaten them. In fact, I don't have much experience with cabbage at all except for that I like my grandma's sour kraut and weenies and I like the kraut they use at football games. I bought the brussel sprouts, blanched them and them sautéed them in a skillet with olive oil, bacon, garlic, salt and pepper. I only cut them in half…which I think was a mistake. They might have been more acceptable if they had been chopped more finely. When I was done, I picked up a brussel sprout and put it in my mouth. I chewed as it broke apart. I could smell the pungent fart like scent that comes from them and at certain points I swear I could taste it too. The texture was gross. The taste was gross. The only reason I didn't vomit is because I added bacon. Once again, I find myself thanking God for bacon. Y'all. I cannot believe some of you just eat these STEAMED! WHAT IS WRONG WITH YOU?! I can now say, with complete confidence, that I do NOT like brussel sprouts. Also, I just googled it and apparently
you're supposed to say "brussels sprout." Even that is dumb. Don't try to get me to eat them again y'all. I won't. My family didn't like them either.

I guess it's back to broccoli, green beans and salads for me. Are there any other vegetables I should try? Anyway, the vegetable experiment didn't go that well but that's OK. I lived through it…though it was touch and go for a minute after the brussel sprouts.