Hey y'all! It's not officially summer yet but it sure does feel like it in Alabama. My sweat has sweat and I'm not loving it. This horrible heat is why I'm super pumped to be going on vacation out west with my parents on Saturday. We are going to Seattle, Portland and Vancouver to check out what all they have to offer. The best part? The temperature forecast looks AMAZING for those three cities. It should be a fun time and of course I'll share about the trip next month. After all the birthday, beach, and other celebrations/festivities, I was up about four pounds when I weighed last week. To be honest, I was pretty happy with that because I just knew I managed to gain 50 in a month. My goal is to knock a pound or two off this week before I head on vacation and then really put my nose to the ground when I get back. I've had fun so the softer belly has been worth it. Having said that, I'll be ready to level out and get off the summer fun pounds. 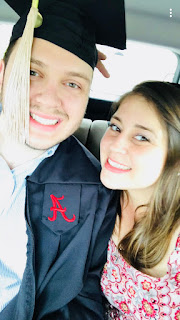 I haven't had a chance to congratulate my brother on graduating last month via my blog…so…congrats David! Not only did he graduate from THE University of Alabama, he's also snagged him a job. He'll be moving to Birmingham soon, which makes me sad, but I'm so happy for him. Also, he got engaged almost exactly a year ago and will be getting married in October…so 2018 is a big year for him. 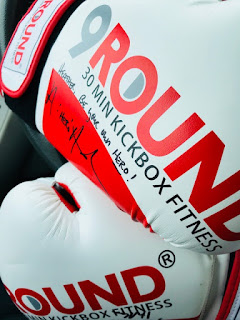 Major shout out to 9 Round. Y'all know that I love 9 Round because the trainers/workouts are great and it really helps my mental health to hit things. Well, evidently, I've been to 9 Round over 500 times. Because of that, they sent me an email. I had to send them a selfie of myself at 9 Round and then they sent me FREE GLOVES! I was in desperate need of gloves so I was so excited. I had no idea the "prize" they were going to send would be awesome. I just knew I was going to get a key chain or something. 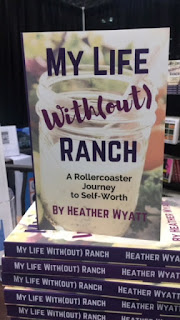 In other exciting news, My Life Without Ranch, the book has had an exciting June so far. Thanks to 50/50 Press, my book was featured/presented on an independent books panel at Book Expo in NYC. The book isn't out until November but 50/50 printed some copies for the occasion. According to 50/50, the book was received well. I'm so excited for it to come out that it's hard to wait. There are still some tweaks that will need to be made, but I'll be letting you know when you can buy the book this fall. Also, I googled the ISBN number and it came up! It's not showing on Amazon or Goodreads yet but hey, it exists! 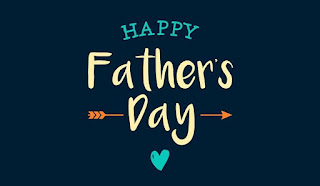 Happy Early Father's Day to my Dad! We will get to celebrate you a couple times in the next coming weeks. Thanks for all you do! Love you! 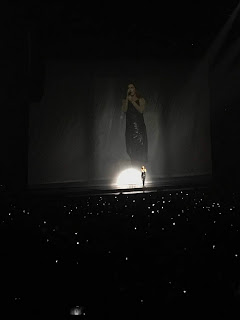 Finally, Jordan and I went to Atlanta on Monday to see Shania Twain. He absolutely loves her and I've been a fan since junior high. She always puts on a great show and I legit cry every time she sings "From this Moment On." It was a fun day with Jordan. 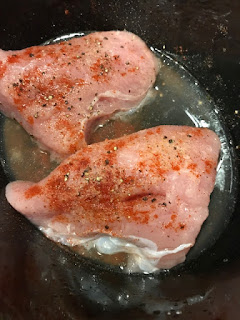 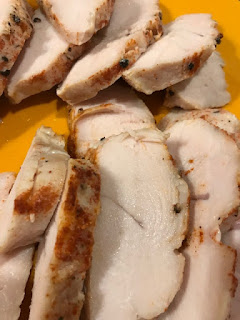 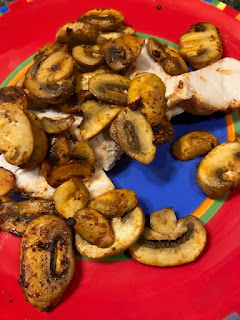 So, as I've mentioned, the new Weight Watchers has a ton of "free" foods. One of those free foods is turkey breast. I eat a lot of chicken, and though there's not a huge difference between chicken and turkey, I thought I'd try making turkey as a bit of a change up. I actually made it in the crockpot and it was super easy. I just bought two huge turkey breasts, seasoned them (use what you want…I used paprika and Ian didn't like that, so just use whatever you like), added a bit of broth to the crockpot and let it do its thing. Even though Ian didn't like the paprika, the turkey was SO juicy. Turkey has a tendency to dry out but that was not the case with this. I served mine with sautéed mushrooms and it tasted like Thanksgiving! And, it was all zero points on Weight Watchers. 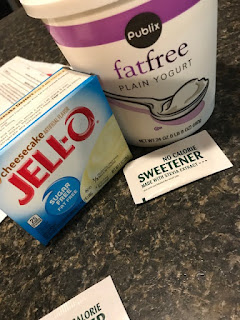 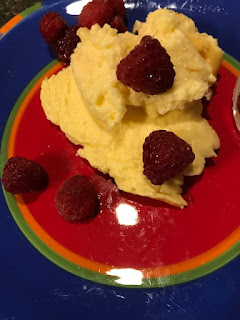 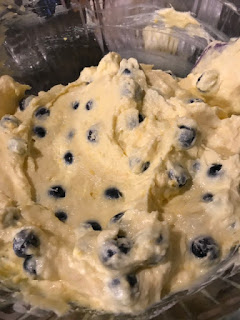 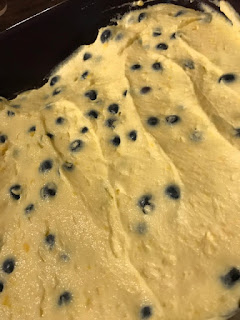 Speaking of low point Weight Watchers meals, I also made a low point cheesecake using egg, fat free Greek yogurt, one packet of Splenda and sugar free cheesecake flavor Jello. All you do is combine them all and bake it. I have made this twice. One time I mixed the cheesecake batter with blueberries included and then the next time I just made it plain and served it with fresh raspberries. To be honest, this is just OK. It's good because you can have a heaping serving for one point. The downside is that it definitely has that "diet" taste. The fake sweetener is definitely present…so be warned. It helps with the sweet tooth though, that's for sure. 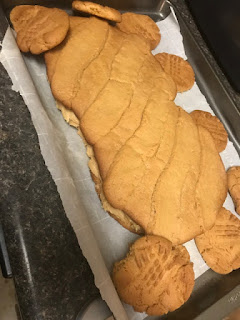 My last food share is NOT healthy. I made a giant nutter butter cookie cake for Mother's Day this year and it was fun/yummy. I just bought a store bought powdered mix for peanut butter cookies and made those. The filling is just peanut butter, butter (Two Sticks! #yikes) and powdered sugar. I served it with chocolate ice cream. I probably could have made it prettier, but whatever, it tasted good.

I hope y'all have a great week!

Holla at you next month!