Tofu Noodles...I should have known.

Greetings, y’all! It’s Monday again and not to sound too dramatic but it is definitely one of those days where it feels like you are just living in a vicious cycle, living for the weekend and dreading Monday. I spend 5 out 7 days wishing my life away but during the moments I’m not doing that, I’m praying for time to slow down so I can get everything I need to get done and for my brother to stop looking so old. Ugh. Anyway, that little rant isn’t really a reflection of my mood…more of an observation of something that everyone can pretty much relate to. I weighed this weekend (multiple times) and as I suspected, I lost too much the week before to make any grand strides. At the lowest weight I calculated this weekend, I was down about 3 ounces. I will certainly take that because I am still so grateful for the big boost I got last weekend. I would say I was a very loose interpretation of the word perfect this weekend. As you know, my goal was to have a flawless record for three weeks. I was indeed spotless the first week, weekend and second week. Starting Friday (the 21st), I was in weekend 2 of my 3 week goal. I wasn’t bad but I certainly took some liberties in finding loopholes to my own rules. I switched out cheat days and ate on Saturday but saved my bread for Sunday since I didn’t have any on Saturday and there were other little violations like that. All in all though, I was TECHNICALLY accurate…especially if I don’t think about it too hard. So, I will be good this week and weekend and then see again where I’m at. I would be most happy if I lost 1.9 which would allow me to deduct a point but I will take any loss I can get. 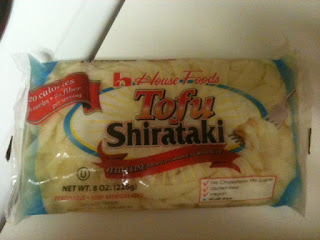 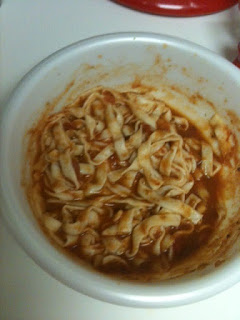 Ok y’all…you know I LOVE the Hungry Girl. So, when she recommended in her cookbook that pasta lovers try House Foods Tofu Shirataki Pasta, I didn’t think she would let me down. I had to find it at Manna which is our specialty foods (hippie) store in town. I bought 3 packs. I did this because the Hungry Girl claimed these “noodles” changed her life. I was surprised to see that they weren’t with the rest of the pasta but in the refrigerated section, wet in a bag. Most of the recipes in her book call for the fettuccini shape of this noodle. They had both fettuccini and angel hair so I got one angel hair and two fettuccini. I didn’t have the ingredients to make any of the recipes but I wanted to try the angel hair so I thought I’d just put marinara sauce on it. First of all, the whole bag is 40 calories so I was excited at the prospect of having a pasta substitute. I cut it open and noticed a smell that reminded me a lot of shrimp or old garbage. Reading the directions, I noticed that you had to rinse it, drain it and then either parboil or microwave it to remove the “natural odor.” I didn’t let that deter me. I followed the directions but could never quite get the angel hair to part from its square shape. The smell was gone but it didn’t resemble pasta in any way. I sat down to try and eat it and it was as if I had bitten into a sponge covered in pizza sauce. It took me forever to complete the bowl because no matter how much I chewed…I never seemed finished. I decided that the angel hair shape was the problem and that I would give the fettuccini a shot the next night. Again, I just covered it with marinara. I was much more hopeful this time after preparing the noodles in the microwave. They looked just like fettuccini noodles and moved around like normal pasta too. I sat down to eat them and wasn’t disgusted but it wasn’t a very pleasant experience, either. I will say that they don’t taste bad. Once the odor is gone, they have no flavor, really. They take on the flavor that you give them. However, the texture is something I really can’t explain. The noodles break apart like a Twizzler (which I hate) and by that I mean, you never feel like they’ve been chewed well enough and there are these tiny chunks of rubbery noodles in your mouth. Also, the texture is somewhere between Jello and what I would imagine squid or brains would be. I fooled myself enough to eat them all and was convinced they weren’t that bad. Last week, I realized I had one bag left and I forced myself to eat them because they were kind of expensive. Well, this did it. Half way through I realized that the texture was beginning to overwhelm me and I didn’t like them at all. The texture took on a flavor that I couldn’t shake. My belly bloated up with the fake noodles and all night I felt like I could throw them up. So, needless to say, I will never know how these noodles changed the Hungry Girl’s life. I won’t be able to bake them into a casserole or fix an alternative Italian meal with them because the thought of chewing them makes me nauseated. Feel free to judge for yourself though…especially now that I have provided such a rave review. 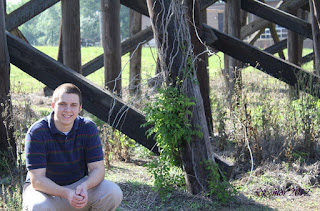 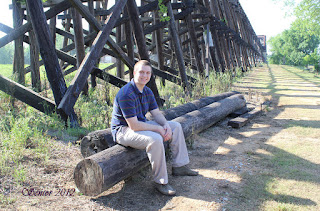 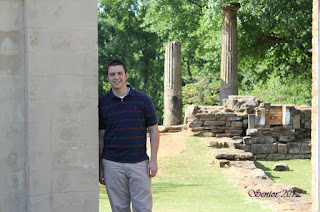 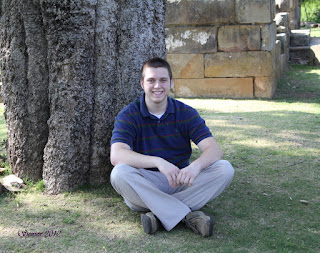 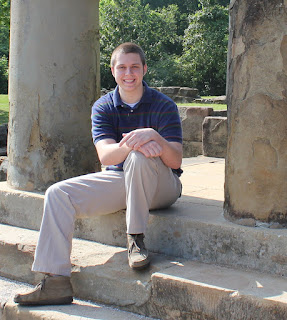 Only if this is your first time reading or you don’t know me at all will it come as a surprise to you that my baby brother is graduating from high school this year. It’s tearing me up and I know that in less than a month when I’m sitting there watching him, I will be a blubbering mess. In the meantime, I took some pictures of him last week that I’m calling “senior” pics and as you can see above, they turned out pretty well so I thought I’d share. I swear I think he grows an inch a day and his voice gets deeper every time I speak to him.

Well, that pretty much wraps it up for me this week. Just know that if you are in a plateau like I was (and I still possibly am, I just had a good week…it took me almost 8 months to lose 5 pounds), keep working at it. Don’t give up. Having a plateau, while frustrating, is perfectly normal. What really determines how well you get through it is complete dedication. You have to plow through and exercise and eat right, even if you aren’t seeing results. You will see them eventually…hang in there. I know it’s not easy.

Have a fantastic week/weekend!

“You, my friend, are a victim of disorganized thinking. You are under the unfortunate impression that just because you run away you have no courage; you're confusing courage with wisdom.” The Wizard of Oz
Posted by Heather Wyatt