I’d like to start by wishing my mother an early Happy Birthday! Her birthday is tomorrow and we are celebrating on Sunday.  Congrats on another year, Mom! Love you! 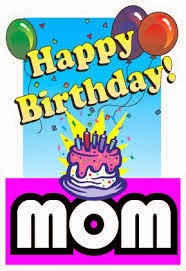 So, sometime on Tuesday or Wednesday it occurred to me that the things I’ve been trying lately haven’t led to any results.  At some point last week, I decided that the only thing that has ever truly worked for me consistently is Weight Watchers.  When I started my weight loss journey, I started with Weight Watchers.  Over the past year or so, I got burned out on counting points and I’ve tried other things but nothing keeps the weight off.  On Thursday, I signed up again.  My first weigh in was Thursday.  I knew it would be high because I had already eaten breakfast and lunch and I had quite a weekend before that.  I decided my weigh in day would be Saturday so I did Weight Watchers perfectly Thursday and Friday and when I weighed Saturday morning, I was already down four pounds.  I know some of that had to do with a morning weigh in, the clothes I was wearing and a couple other factors but it felt good to see the scale going in the right direction.  I let myself enjoy gameday on Saturday.  I got all the junk food I like out of the way.  So, I may not see much of a loss this Saturday but it feels right to be counting points again.  I need to beat this plateau.  Weight Watchers had my first goal at 10.2 pounds and I have 5.6 pounds left to go before I get there.  I’m hoping to lose around 20 pounds by the end of the year so I’m being as strict as possible from now on.  As you know, it’s a constant battle. 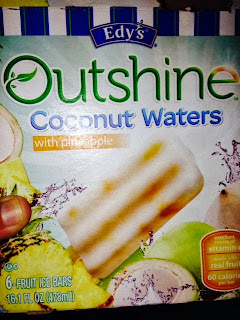 I wanted to share a popsicle that I found.  There’s a new place in town called Steel City Pops.  They sell gourmet popsicles and they are delicious.  I’m particularly fond of the peanut butter one.  Unfortunately, these frozen treats are around 250 calories so they aren’t something that I can run and get all the time.  This popsicle, while not as good as the creamy peanut butter, is pretty tasty and is only 60 calories.  Of course, if you aren’t into coconut or pineapple, you may want to consider another flavor. 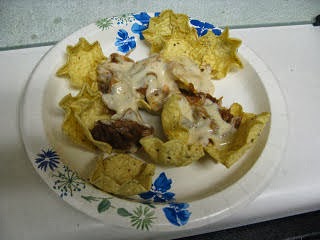 I have definitely shown the above snack before but since it’s football season, I thought I’d show you my lower calorie/fat version of barbecue nachos.  If you’re from the south, you should be aware of barbecue nachos, a snack that has taken over at sporting events.  There are different versions but essentially, you take tortilla chips and top them with pulled pork, barbecue sauce and nacho cheese.  They are delicious but absolutely awful for you.  It is possible, however, to make a much healthier (and almost as tasty) version of these at home.  I made them with baked tortilla chips, pre-packaged barbecue and white queso you can find in a jar.  It’s important to keep within in one serving size but this is one of very few snacks that actually makes for a decent substitution. 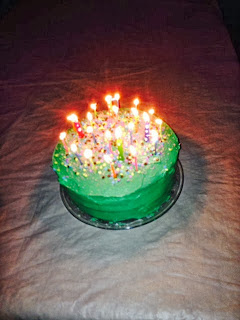 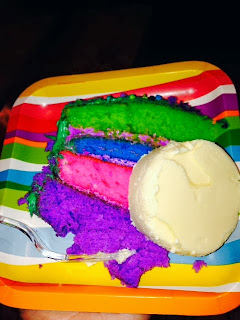 In addition to my mom’s birthday, my brother’s girlfriend, Lisa also celebrated last week.  She turned 21 and I wanted to share the adorable cake my mom made for her with all of you.  It was all rainbow-y and yummy! 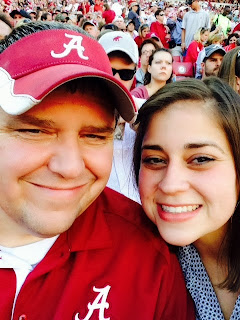 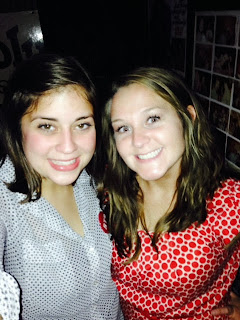 I went to my first Bama game of the season on Saturday.  We played Ole Miss and won.  Roll Tide! Football season is my absolute favorite time of the year. 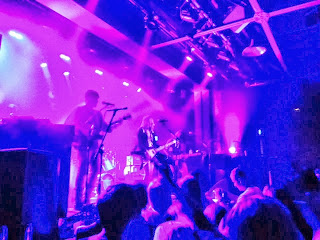 I saw Grace Potter and the Nocturnals for the fifth time Wednesday night and she was amazing as usual.  I included some links to some Youtube videos I made while I was there. 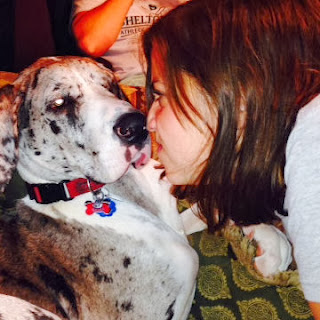