Hi y’all! I hope everyone had a fabulous weekend and that Monday isn’t treating you too badly.  I weighed on Sunday and I was down 1.2 pounds.  I was pretty pleased with this.  I knew it may not be possible for me to lose because I had too much to eat in Chicago but I also had a completely perfect week last week so I was hoping to at least say the same.  The loss was just an added bonus.  I had my cheat day yesterday and it was successful…and by successful I mean I ate everything in sight.  I’m back to business today and plan on having another perfect week.  It’s slow going but progress is progress and that’s all that matters. 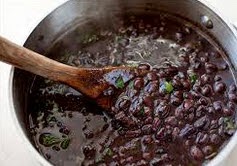 I had sort of a laid back weekend.  Ian was having a blast in New York and that made me really want to go back.  I got to hang out with Jordan which was nice and spent time with Cassandra and as always, my family.  Since I didn’t do much, I don’t have any pictures to share.  I wanted to share a few things that I didn’t used to like that I now do and encourage you to also branch out.  When it comes to pickles, there’s no way I’m ever going to like them.  I find them completely repulsive.  However, as an adult, I’ve learned that my palate has changed a little and there are foods that I hated growing up that I now eat all the time.  The first food is black beans.  I used to hate all forms of peas and beans.  I don’t like the mushy part on the inside.  I haven’t completely come around to this and you couldn’t pay me to eat a kidney bean but I find that black beans are the most acceptable in the legume family.  They are smaller and don’t have any added flavor that I don’t like.  The most important thing about black beans is that they act as a filler.  Since I hated them in the past, I would always get rice in my burritos at Moe’s instead and it made for a high calorie meal.  Black beans are super filling and not nearly bad for your waist line.  I encourage you to give them a shot if you haven’t in a while. 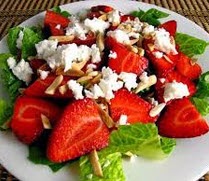 I was also always under the impression that I wouldn’t like fruit on a salad.  Over the past couple years I’ve discovered that throwing a mandarin orange or a strawberry to a bed of lettuce can add a nice touch to a salad.  They provide a tartness and another layer of nutrition to your plain salad.  I’ve been eating the one that McAlister’s has been selling for the summer that has strawberries, blue berries, candied pecans, chicken and a vinaigrette that’s delicious and it’s less than 400 calories.  Most salads at restaurants are terrible for you but this one hits the spot and is super low in calories.  It’s also nutritious as all get out.  My personal preference would be to add a little feta in there too but that, of course, would alter the calories. 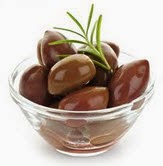 Finally, I was never a fan of olives. I think when you’re a kid, you tend to stick to things that you find more visually appealing so I just assumed I hated olives.  As an adult, I’ve found that I love them.  I like green and black olives when they are on a sandwich or salad but I love Kalamata olives and I will just eat those straight out of the jar.  Olives provide what they call “good fat.”  They are kind of like almonds, you don’t want to eat too many but a few can be really good for you.  I eat them all the time now.

Ultimately, my point is that expanding your horizons or trying things you thought you didn’t like can add new items to your menu that can sometimes get boring when you’re on a diet.  Anytime you can add more flavor or more filling items to your grocery list, it decreases the chances of burning out on typical diet food.

I didn’t have much else this week.  I was able to run two miles on Saturday without stopping and I’m pretty excited about that.  I plan on doing that again this weekend.  I hope you all have a nice week! Bye!