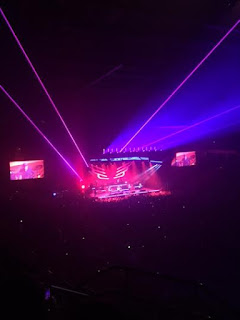 Hey y'all. I am sooooo sleepy. I'm stuck in sick land and now Ian is sick and I'm pretty much sleepless. It didn't help that last night I was out late seeing Mumford & Sons (which was amazing) and then had a hankering to watch the movie Dirty Dancing in it's ENTIRETY until nearly 2AM. So, yes, I'm on the struggle bus this morning. I cannot express how much I enjoy seeing Mumford live. I love them in general but they are just fantastic live.  I had a GREAT time! When weighed on Saturday I was down almost a pound which I will take as a win even though I worked extremely hard last week. I ate too much Saturday and Sunday but Saturday was the only "problem" day where I was far too indulgent. Back in the saddle today as always. 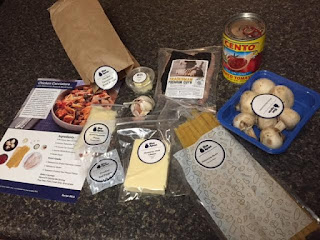 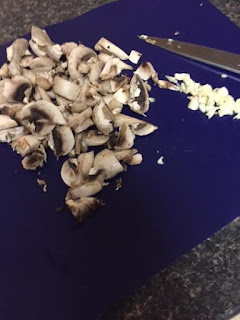 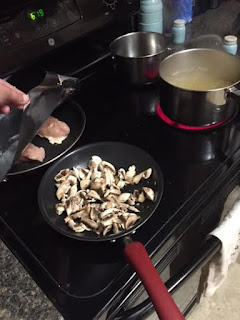 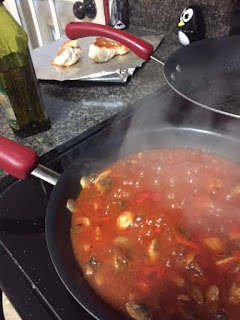 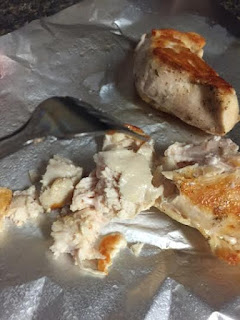 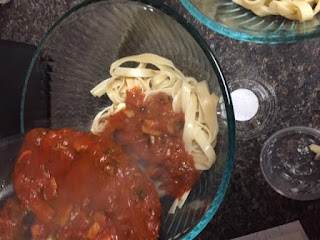 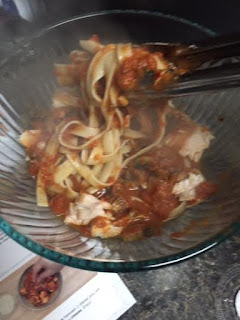 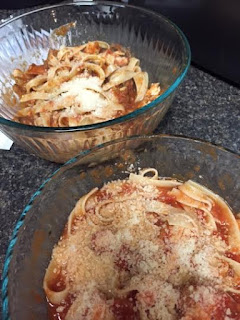 I wanted to share the other two Blue Apron meals that I received in the free week I was provided. I plan on getting another week maybe next month. The first is Chicken Cacciatore which included chicken, mushrooms and fettucine pasta. This meal came with three servings. I was skeptical at first but when the dish was done, Ian and I filled two giant bowls of pasta and we had leftovers. This was a pretty simple recipe but because I made two separate sauce pans (one without mushrooms for Ian) it was a bit heavy on dishes.  You sear the chicken breasts, then loosely cover them with aluminum foil to finish cooking them. As far as the sauce, all it took was sautéing the veggies then letting the sauce simmer. I had to add a bit more flavor to Ian's since he didn't want mushrooms.  Blue Apron even provided a small baggie of Parmesan cheese to top our pasta.  Once the sauce, chicken and pasta was done individually, I tossed it all together with tongs in a bowl. Ian concluded he prefers ground meat in a pasta dish rather than chunks of chicken but overall it was filling and tasted great...plus we got two meals each out of it. 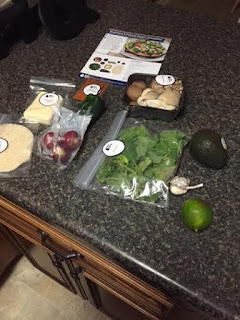 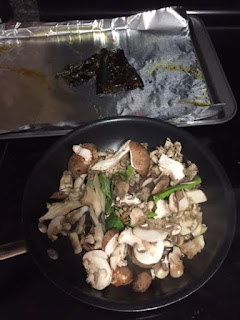 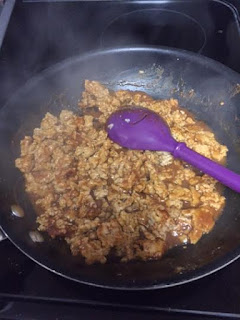 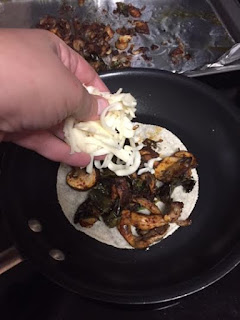 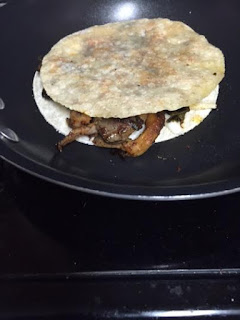 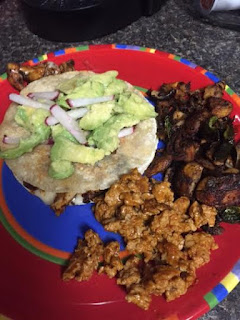 The other meal turned into an issue with calories. It was a Mushroom & Poblano Pepper Quesadillas. Without any manipulation, this quesadilla was nearly 700 calories. Well, I made ground chicken for Ian (and of course made some for myself) and then as we always do, we added tortilla chips and queso to the meal so even though I had a healthy quesadilla with lots of veggies (sautéed mushrooms, a spice mix Blue Apron provided and peppers that I roasted), as usual, I can't be trusted when I'm given chips and queso.  I thought for this one, the serving was a little small for the calories you were spending.  Blue Apron is fresh and mindful of healthy ingredients but doesn't claim to be low calorie. Plus, when I add ingredients I have nobody but myself to blame. My favorite part of this recipe was the yummy Jack cheese they included.

Have a great week y'all! And Roll Tide! (A-Day is this weekend)