Another Swing At Blue Apron

Hey everyone! One of my most notable diet traits is that I tend to take an awesome week of weight loss (like I had a couple weeks ago when I lost almost 4 pounds) and then STOMP all over it. I went to Nashville this weekend and man, I went crazy. I am paying for it physically in terms of bloating, weight and just overall fatigue. I guess it's OK because it was my last hoorah before school starts. I'm setting some really small, doable goals for myself in the coming months and as usual on Mondays, I'm back on the wagon. 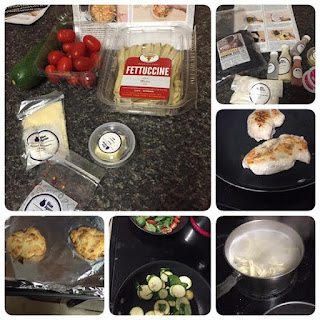 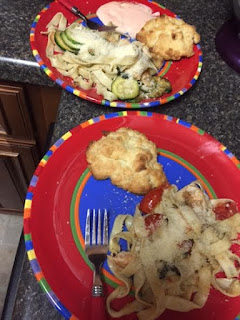 I have only had one week of Blue Apron meals before. Even though I enjoy it, I haven't gotten it again because it's a bit pricy so I just go in and skip every week. Well, I forgot to skip it and ended up getting a box of food the last Saturday in July. Luckily, it ended up being a pretty good week. Ian hates pretty much every vegetable and even though I like a lot of veggies, I wouldn't touch a collard green or a raw carrot with a 10 foot pole. So, this distaste led Ian and I to give away the collards and carrots we received and combine two meals. I know this isn't the healthiest thing in the world because it added carbs to the meal but overall it wasn't bad. We had one buttermilk biscuit each, which was a good thing because they were delicious and we could have eaten 10. Then we used the chicken that was supposed to go with the biscuits and added it to our pasta. Ian had is own pan with tomatoes and I had mine with zucchini. It turned out great! I had a side of spicy mayo with the biscuit (which also came with the meal). 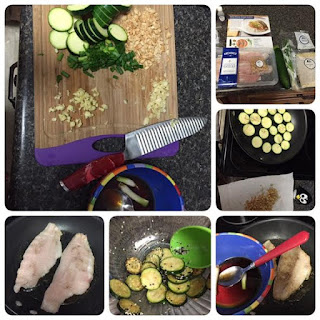 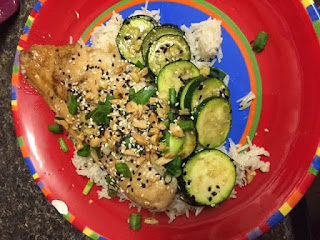 The one meal I did receive that was actually healthy and totally delicious was the "Spicy Ponzu-Glazed Catfish with Zucchini, Garlic Rice & Ginger Peanuts." I have never made catfish before so I was a bit hesitant. I like fish pretty well, especially if it's fried. Typically though, I choose other meats above fish. The fish they sent was really fresh. I got no fishy scent on my hands which surprised me. I had never had Ponzu so I went light on it. I'm glad I did because it had a strong citrus flavor which isn't really my thing but ended up being OK. The catfish was easy to cook in the pan...a few minutes on each side. My favorite part was the chili paste they gave combined with the garlic rice and peanuts. The preparation made everything have awesome flavor. I could put sesame things on everything. Plus, it was pretty! The only problem was, Ian doesn't eat fish so naturally I had his too. I won't always get Blue Apron but it's fun to have every once in awhile. 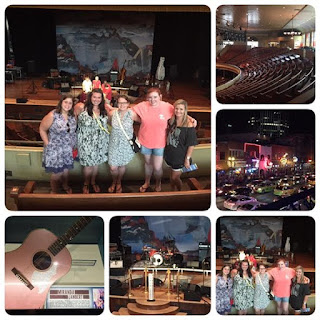 As I mentioned, I went to Nashville and had fun with friends. Part of the reason we went was to have an early birthday celebration for Cassandra. Her birthday is tomorrow so HAPPY BIRTHDAY!