Hey y'all. It's early on a Monday and I'm already in a downward spiral of grumpiness. I was tired this morning but in an otherwise fine mood. I don't drink coffee but I am addicted to diet Coke. I've cut WAY back on it but most Monday and Wednesday mornings I get a Large Diet Coke from McDonald's. It's my thing. This morning, I ordered my nearly $2 fountain drink, paid for it and then when it's time for my vice, the woman goes, "We are out of Diet Coke, would you like anything else?" It's funny how in one instant, you can go from a weary-eyed, well-intentioned citizen on a Monday to an enraged monster. Um, OF COURSE I DON'T WANY ANYTHING ELSE. And, don't ask me that after I've already paid! I shook my head in pure disgust as I sighed and violently said, "Is Diet Dr. Pepper possible?" She said yes and so about 4 minutes later (not joking), she handed it to me. I know you'll be shocked to find out but it wasn't diet, it was real Dr. Pepper. The torrent of brown sugar water filled my cheeks and there was no mistaking the taste. Since I was about to bubble over with anger, I opted to go to the gas station next door, chunking the McDonald's drink in the trash. While there, I overfilled the drink and spilled it all over the cup, counter and me but it's fine. I was a little late to work but I've simmered down now. Kind of. 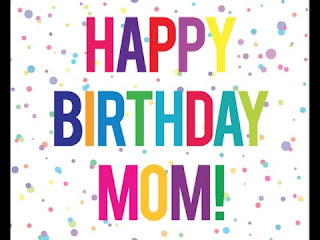 Anyway, I want to wish my mother an EARLY HAPPY BIRTHDAY! Her birthday is Saturday and we will be sure to celebrate on Sunday. I hope you have a good week! 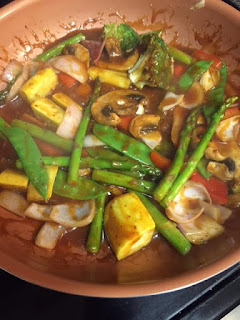 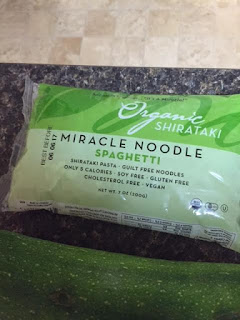 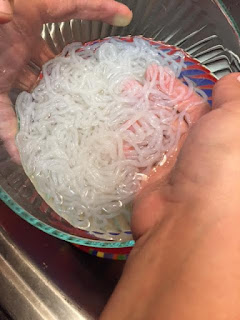 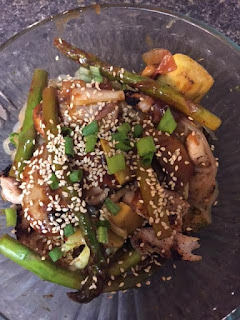 Several years ago, I made what are sometimes called "Miracle Noodles." They are also known as Shirataki noodles. I found them to be repulsive. The texture and smell were gross and I vowed to never try them again. I see people in the health world recommending them all the time but I refused to deal with them again. Then one day, I saw someone recommend the "regular" version and NOT the tofu version. Looking back at what I tried so long ago, I noticed that I got the tofu version. "Hmmm," I thought. Maybe I should give the "regular" version a try if I did it wrong the first time. I also figured that perhaps the noodles had gotten better over the years. So, I decided to give them another shot. What I don't like is that they are referred to as "miracle" noodles. There is no such thing in the diet world. There is nothing miraculous about them. My new weigh in day is Wednesday and I worked extremely hard last week. I actually lost nearly 4 pounds. Miracle? No. I know what did it. A lot of lean proteins and veggies and no over-eating, with 6 HARD days of exercise. What's even less miraculous is that I think I screwed it all up Thursday-Sunday by stomping on any progress I made. As an aside, going through old posts, I've realized I do a lot of whining and complaining so if you still read at this point, you are the real hero. Anyway, I'm just hoping I don't gain so much on Wednesday that I totally reverse the good week I had before. I'm also hoping my crazy weekend was just a case of me not being used to home football games yet. Back to the noodles...I tried them again. It would be difficult to deny that my second experience with these noodles (which can be found at specialty stores like Manna in Tuscaloosa) was better than the first. They are not amazing though. I used them as a substitute in the Asian noodle bowl meal kit I got from Fresh Market. Luckily, the simmer sauce they give you along with veggies, chicken, soy sauce, sesame seeds and green onions helps to mask the noodles. They still have a weird stench you have to rinse off and an odd texture but getting the thin noodles and piling a bunch of stuff on them made them acceptable. That's my review, ultimately. They are acceptable. I bought a couple bags I will find some use for at some point but overall when it comes to substitutes, I'd still rather use cauliflower for rice and zoodles for noodles. 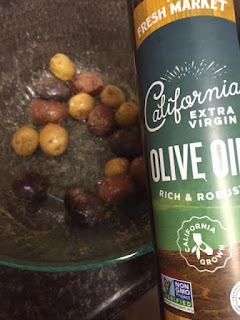 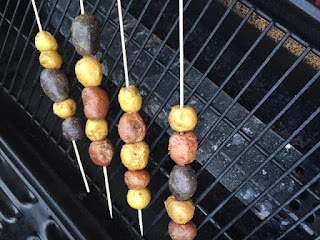 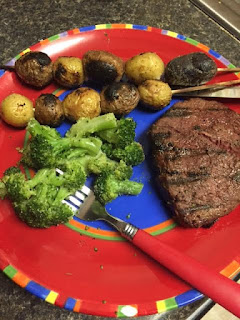 One thing I have made the past couple weeks that was a hit: potato kabobs. This is a Weight Watchers recipe. I took really cute, colorful, tiny potatoes, microwaved them a few minutes, tossed them in olive oil, salt and pepper, skewered them, then threw them on the grill. They were yummy! The skin gets a little charred and crisp because of the olive oil (they don't need much) and they are a nice, salty side dish. For some reason, Ian was put out by the fact that the purple potato was purple on the inside but other than that, they were a hit overall.

Have a good week!