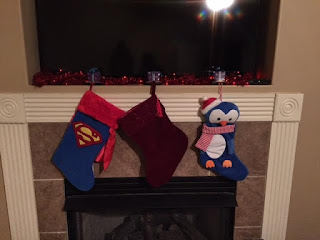 Hey y'all! It finally rained in Alabama and then it like didn't stop for 3 days. Now it feels like classic southern winter. Cold and wet and dreary without all the fun, powdery snow. I am preparing for my winter hibernation as school is winding down. It means some time to relax so we will see if I actually do that. So far I've spent my "spare" time cleaning and decorating the house for Christmas. When I weighed last week, I was actually down a few pounds since Thanksgiving. I was pleased but didn't take too much stock in it. My body has been throwing around a few pounds for over 6 months. It's got quite an attitude. I'm doing less weigh-ins right now so I'm not too dependent on the numbers but plan on weighing this upcoming Sunday morning just to see where I'm at. It's the holidays so my only goal is to not turn into a crazed holiday yeti that consumes everything she sees. 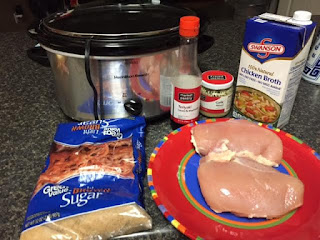 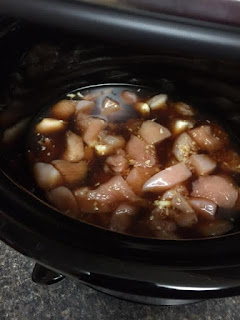 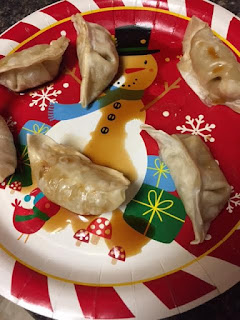 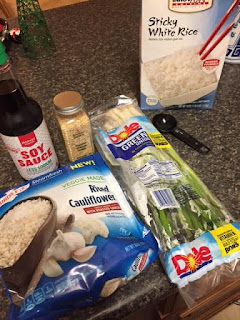 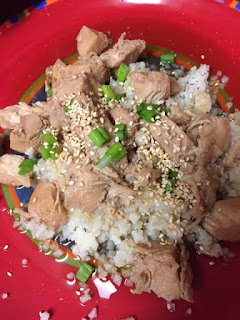 The title of my post today is a play on the vessel I used for my recipe, the fact that it didn't turn out the way I wanted and because I used fake rice. I saw a recipe for crockpot teriyaki chicken. The photo of the recipe online made it look like a bowl of chicken from PF Changs. It looked sticky and delicious. I was sold. The thing is, it didn't really work that way. It called for a cup of chicken broth, half a cup of teriyaki sauce, 1/3 cup brown sugar and 3 garlic cloves. Of course, chunks of chicken were also involved. As I was mixing and adding to the crockpot I thought to myself, "This is never going to thicken." As my mother pointed out, crockpots keep moisture in. I thought it should have corn starch or something. So, as I predicted, it didn't look a thing like PF Changs. Having said that, it still tasted delicious. The meat soaked in the juices for hours so it was tender and tasty. I added Ian's to frozen, sticky rice and we both decided that stuff is awesome and way faster and more foolproof than boiling rice. I added mine to frozen cauliflower rice. Y'all, I HIGHLY recommend this. The non-frozen, pre-made crumbles go bad so quickly. These stay in your freezer so you can get them out anytime. The cauliflower rice had good texture and soaked up all the teriyaki sauce flavor. I ate the whole bag because that's how I roll and it only set me back 112 calories. I don't recommend it if you want to make a cauliflower pizza crust because in my experience, I don't think you could ever drain enough water out of it to make it work. For this meal though, it was perfect. When it was time to eat, I chopped up some green onion and sprinkled that and some toasted sesame seeds to the top of it. Oh, and as an appetizer, I had my chicken potstickers that I ordered from QVC (YUM). Even though it didn't fulfill all of my needs, it was still good. I will definitely be attempting other ways to make Chinese restaurant dishes at home.

Have a great week everyone!
Posted by Heather Wyatt