There is NOTHING hotter than the 4th of July...

Hi friends! I hope your fourth of July weekend was long and fun like mine! I had WAY too much food and I relaxed a lot which was my ultimate goal. There was fireworks, cupcakes and sleeping. I also got to see Eclipse yesterday. It was pretty good! I think it’s probably the best one so far...in my opinion. Because I went and saw Eclipse, there was a minor popcorn incident. Usually, IF I even get popcorn, I get a small (unbuttered, though it suspiciously always tastes like butter) but there was some deal and somehow I ended up with a giant plastic bag of popcorn...so it got kind of ugly. Other than that, I was good yesterday. I even made my recipe: 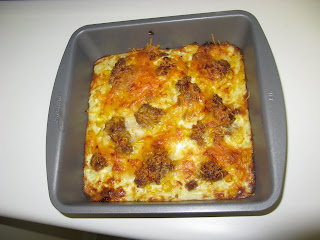 This was a Texas Style Casserole that had Italian turkey sausage, hash browns, corn, eggs and cheese. It was REALLY good! It was not only tasty but it took basically no preparation...you just dump all of the ingredients in the dish and bake it. I know it’s hard to see past the cheese in the picture but just know it was yummy.

I lost another 1.2 pounds last week bringing my total to 65.6 pounds!!! I have to say that June was a highly productive month for me weight wise. I’m proud of myself. I know I went a little overboard this weekend but I’m going to be great the next 4 days. It’s going to be hit or miss the next few weeks but I’m going to TRY not to be crazy but honestly...I think I deserve to relax for a few weeks. I feel as long as I’m mostly good for the next few weeks, I’ll be fine and I will make sure that I’m strict again in August. Anyway, yay for 65 pounds! I’m coming for you 75...watch out.

Before I shared pictures from this weekend, I wanted to share another Hostess snack with you. 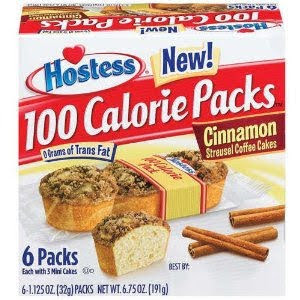 This is much like the strawberry and chocolate cakes in that you get three mini cakes for 1 point! There is no cream in the middle of these but they are so good. They have a cinnamon-sugar crunch on top of a sweet little cake. I am in love with Hostess right now!

So-below you will find a few pictures from my Dad’s birthday and the 4th celebrations this weekend. Hopefully, you can also see the video that I’ve attached. For the first time in awhile, we went out and bought actual fireworks and I posted a video of one of the better ones. LOL...you will also hear my dad hollering in the end of it. Unfortunately, I cut it off before he yelled a giant ROLL TIDE! 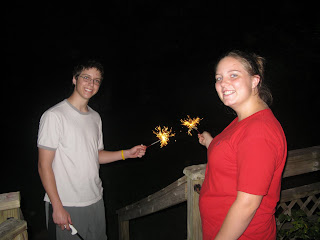 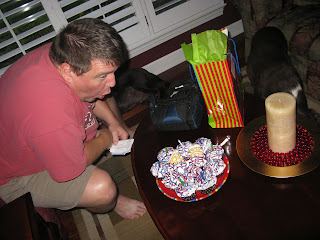 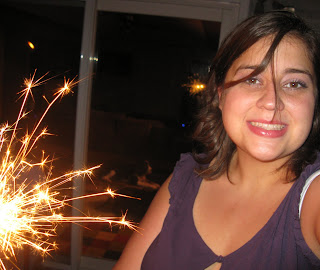 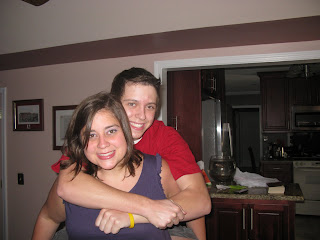 It was a fun weekend!

I hope everyone has a great week. For me, it’s only a 4 day week because I was off yesterday! I am going to Moe’s tonight with Nichole and I think I’m going to trivia tomorrow night with Nish & David. Woot!

“I know we've got it good
But they got it made
And the grass is getting greener each day
I know things are looking up
But soon they'll take us down,
before anybody's knowing our name.