Hey y’all! I’m back from my beach trip a little redder and fatter but I had a very nice time. I think I was in the sun WAY too much. As an adult, I have no desire to burn myself to a crisp because a) I no longer have burns that turn into tans and b) burns freaking hurt. I made sure to take extra precautions so I didn’t get burned but I guess three days in the sun proved to be too much for my poor skin. I am only badly burned on parts of my back and chest…oh and the top of my feet. My biggest problem is that somewhere between the sun, sand, lotions and aloe, I developed a quite annoying heat rash that covers a good bit of area on my arms and chest and I find it unsightly but other than taking Benadryl and putting hydrocortisone cream on it, I suppose I will just ride it out. The beach was SUPER hot but the company was fun and the condo was relaxing. I went to the Hangout Festival in Gulf Shores and there were multiple stages with a ton of bands and when we could kick back and listen, it was really pleasant but it was crowded as all get out and there were lots of half naked hippies to bump into…it was an interesting experience. I posted the very few pictures I took below. 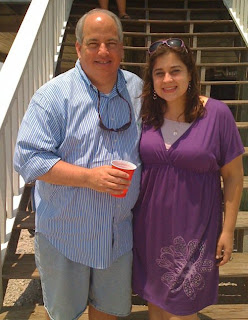 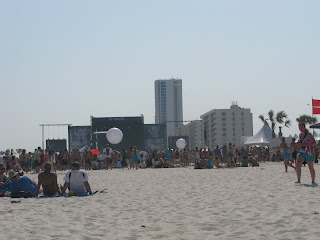 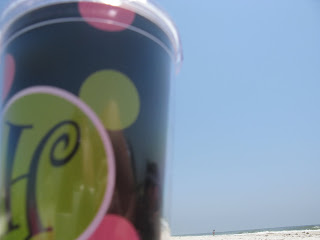 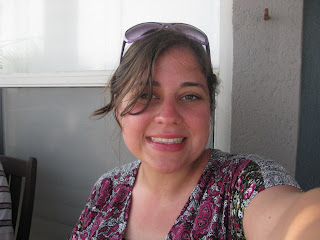 As I’m sure you can guess, I consumed my weight in junk food, seafood, fried food and fruity drinks so when you add that to my birthday week, I feel like my weigh in Friday will be a RUDE awakening. The good news is I got PLENTY of exercise at the festival and managed to get my butt out there and run on Sunday morning. I have to say, the difference between running out in the blistering heat and humidity on the pavement and running on the treadmill in an air conditioned building is quite overwhelming. I decided to weigh in Friday to give myself a few days of normalcy. Of course, the second I opened my eyes this morning, I felt like I was starving. Obviously, I’m not starving but mentally, I knew that’s how it would be. I am anxious to see where I’m at on the scale and how much I need to lose in the next 3 weeks to get back to normal before New York. I didn’t have time to make a recipe but I will certainly make one for next week.

Have a good week all…I was glad to see we all appeared to make it through the rapture. Some people are so CRAZY.

“It’s bad when you annoy yourself.” Don’t Let Me Get Me-Pink
Posted by Heather Wyatt