Back to Life, Back to Reality

Hey y’all-it’s been a CRAZY week. I posted a note that I put on the Facebook yesterday below…if you’ve read it, you can skip down, if not, you can choose to read it and then I will tell you about my recipe.

“Wow. I knew that the southern storms from 4/27 wouldn’t last long in the news reel but I never expected that it would be this fast and with a story of such importance. It was both inspiring and disheartening reading my social media updates this morning. Osama bin Laden is no longer a threat to humanity but immediately, people were voicing their political opinions and they were violently ranting in one way or another about who gets credit and yada yada. Shame on you all…seriously. The death of Osama bin Laden shouldn’t be partisan. He has been a tyrant murderer over the course of 3 administrations and it is a slap in the face of the soldiers, the true heroes to engage in petty bickering. We in the South have been through SO much the past few days. Can we, for just one day, celebrate together? I saw a firefighter and the mother of a 9/11 victim this morning and I can PROMISE you they were nothing but gracious that justice had been served. I want to also say that I am very liberal and those who know me, know that but there are a few unsalvageable souls in this world who shouldn’t be here. I heard on the news that Osama bin Laden was responsible for at least 16,000 deaths worldwide. Normally, it is odd and maybe even unwarranted to celebrate death but he was truly evil and since I don’t live in a war zone in the Middle East and since I didn’t lose someone in 9/11, I will be glad for those who may sleep better knowing that a mass murderer who brought down American landmarks, killed thousands and perpetuated violent and ignorant hostility towards the Islamic community, is gone. I think I will keep my mouth shut and let those affected have their bittersweet moment. I want to thank the American soldiers who don’t ask questions and who miss their families every day for their tireless and hard work. Thanking them will transition me perfectly to thanking them again (specifically, the National Guard) for their work in Tuscaloosa.

I would also like to thank the first responders (EMT, Doctors, Nurses, Firefighters), church groups, WALT MADDOX, President Obama, the small businesses donating their time, food and money and to all of those coming in from out of state to do anything they can. I am so inspired by the amount of work people are doing. Like many, I was in the middle of a situation yesterday when there were too many people. I was so unbelievably blessed on Wednesday and I hope that I don’t forget that…I hope that I can continue working and helping rebuild Tuscaloosa. I have to say, even though I drove through Alberta and Holt yesterday and also down McFarland this morning on the way to work and they are so unrecognizable, I can already see a difference. It’s amazing how much has already been done. I have heard a few here and there comparing tornadoes and some bitterness toward Tuscaloosa for all of the national attention. While I agree that there are communities that need more love, everyone that had damage needs help. It doesn’t matter if it was a quarter mile bigger in one city or if seven more houses were obliterated in one town…we should all work together! Please remember Smithville, MS, Tuscaloosa, Holt, Alberta, Brookwood, Peterson, Pleasant Grove, Cullman, Ralph, Ringgold, GA and many, many other communities!

I hope I don’t sound preachy. I could do so much more and these are all only my opinions but I wanted to take a minute to thank some people…even if the only way I can really do that is in words…to those I know that were affected (Whitney, Wes, etc.), please know I will do anything I can to help.” 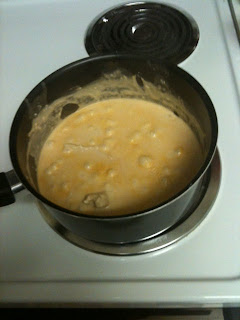 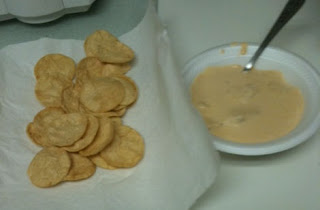 When I got home Saturday night, I was able to make a recipe. I found the quickest thing I can find with the groceries I had and the few I replaced. I ALWAYS have chicken and I had hot sauce so…I was able to make Skinny Buffalo Chicken Dip. I put a bit too much hot sauce for my taste in there but that combined with light sour cream, fat free chream cheese, light blue cheese and a bit of white wine vinegar, tasted pretty good. I ate it with my Special K Cracker Chips and I enjoyed it. Basically, all you do is throw it all in a pot and warm it up. You can keep it in a crock pot if you want to have it for a party or something. I would recommend using the canned, shredded chicken though so it thickens it up but it worked and filled my belly!

I was able to drive through Holt and Alberta on Sunday after we helped at a church and I drove down roads that I have driven down for years and again, I was heartbroken. I am so, SO LUCKY that my family and I are safe. The areas affected are VERY close to my apartment. I feel so connected with these communities and wish I could do more. They have an abundance of help which is great but it’s the people lost that can’t be brought back. I posted a few more pictures below. I know we’ve all seen enough pictures but I thought I’d share the pictures of the house and neighborhood that I used to live in with Jordan, Cassandra & Nichole. I think we would’ve made it in that house had we been in the basement because the structure is still standing but the shed and nursing home behind it are pretty bad. It’s crazy because I’ve never seen the nursing home before because there were too many trees in the way…the view of it from my old house is now crystal clear. The pictures from the neighborhood below are about a mile or two from where I live now. I will never take Mother Nature for granted again. Please continue to pray for those in need! Don’t forget about them, they will need help for months! 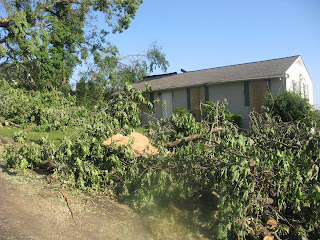 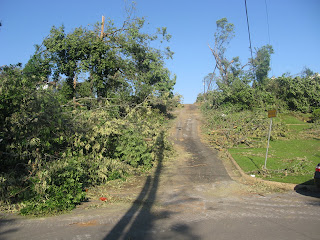 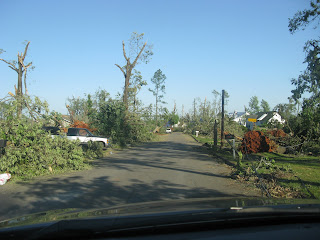 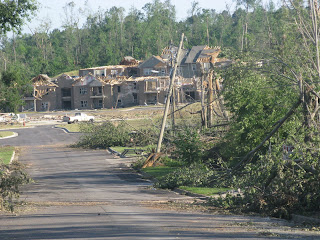 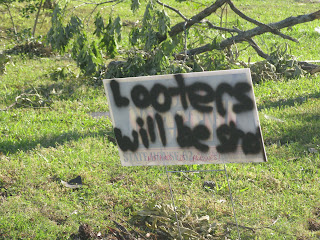 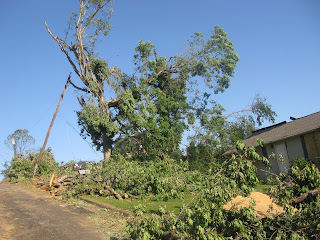 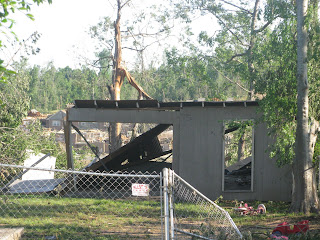 I ate so much I can’t even really type it or say it out loud because I’m so ashamed. There was food provided for the volunteers, I wanted fast food and I cooked dinner for the family Sunday night and there was other food in between. I can’t justify it so I just started right back yesterday and I will continue to be good the next few days. Maintain. Maintain. Maintain. I’m ready for some normalcy…I know a lot of people who are…life must and will go on for those who lived through the storm…I will just do my best to respect the situation and help when I can and stay out of the way when I need to.

“If tomorrow all the things were gone, I’d worked for all my life. And I had to start again, with just my children and my wife. I’d thank my lucky stars, to be livin’ here today…” Proud to be an American-Lee Greenwood

Let us not forget! 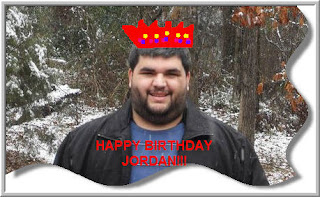 Yes, HAPPY BIRTHDAY JORDAN!!! You know, it’s been weird. Each time I’ve smiled or joked, I’ve almost felt bad but people don’t need guilt, they need love and work. Other than that, nobody would want life to not move on…in fact…people want a return to normalcy…they hope that things will go back to the way they were and celebrating birthdays is CERTAINLY normal. So, Jordan, ENJOY your birthday…you deserve it!!! I love you so hard! In case you can’t tell…that’s a crown I put on your head so you can be king for a day! See you soon!

Have a nice week!

Thanks for all the thoughts!