Hey y’all! Another week has gone by. I can’t believe it’s already a week into October. It’s funny because I spend a lot of time wishing my days away and then I get surprised when the year is almost over. I had a great week last week which is good because I took a pretty significant blow on the scale this morning. I was up 2 pounds. I’m not surprised because my diet Friday-Sunday last weekend included but was not limited to Denny’s, Taco Bell, Cracker Barrel, barbecue, a hot dog, dessert and many other things so I guess I deserve it…but 2 pounds seems like a lot. Oh well, I had a decent week…I was good as always but I wasn’t as strict as I could’ve been so between my efforts this upcoming weekend to not go overboard and a hopefully good week next week, I am going to try my best to get those 2 pounds out of here. Football season is so hard for me. It involves all of my favorite foods and drinks and it’s difficult to resist. If I can just get through the football and holiday season, I will be good. 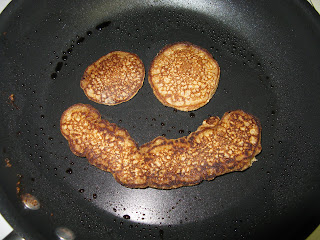 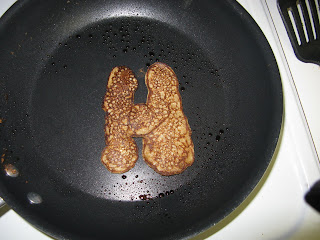 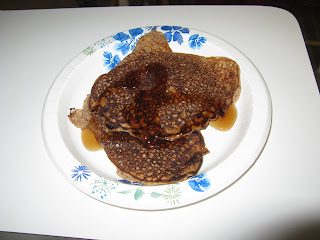 When I was a kid, my Dad would make pancakes and he would make them in the shape of our initials. I thought I would be nostalgic and try this myself so I made some healthy whole wheat pancakes and tried the shapes…I think they turned out OK. You can make these pancakes with wheat flour, fat free milk, cinnamon, a little sugar and use reduced calorie syrup. If you spray your pan, you won’t need butter and they will flip right over. I had more than one serving but I think you can have 2 or 3 pancakes for very few calories. It’s a great recipe for a weekend morning when you want something hearty in your belly. They were easy and fun to make! 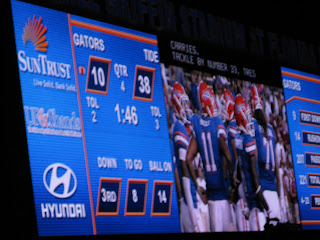 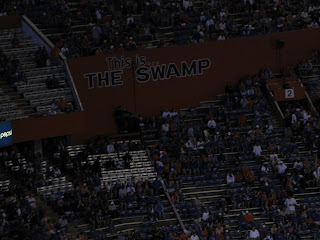 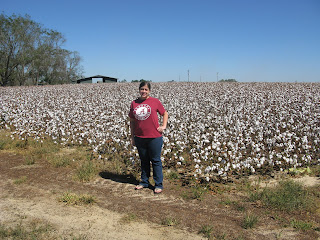 Dad and I traveled to Gainesville, Florida last weekend and had an absolute blast. I will say the drive to and from the game was pretty miserable as we must have passed through every small town in existence in Alabama and Georgia. We decided to take advantage of one of the many cotton fields we saw and take a picture. There were also a ton of peanut fields and other produce and livestock. The day of the game was awesome. It was beautiful weather, fun company, and of course, Alabama beat the pants off of Florida. It wasn’t very intimidating after the first few minutes of the game. We had heard a lot of horror stories about Florida fans but we didn’t have any problems. Everyone seemed to be friendly and we had a lot of fun. 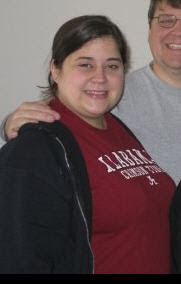 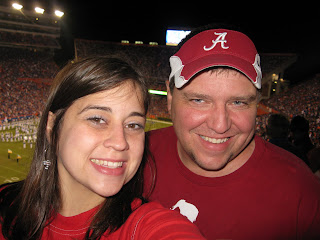 This was my Dad and I a few years ago and then us again at the game last weekend. That makes me feel a bit better about my 2 pound gain. I’m thinking of doing a little work-out schedule rearranging again and as I said earlier, I’m going to make sure and reel it in next week…I am working so hard…I just let my cravings get the best of me sometimes. I hope you all have a splendid weekend! Alabama plays Vandy this weekend for their homecoming so, Roll Tide! Bye!