Take Those Pounds And Shove It!

Welcome to the weekend everyone!!! I am ready to relax and I have the vision of a 4 day weekend coming to me very soon and I could not be more excited about that. If I can make it through Monday, Tuesday and Wednesday (and I’m confident I can), I have 4 days of food, family, friends and football and well…I just can’t think of a much better way to spend time. I weighed this morning and I knocked out around two of the 4ish pounds I had gained over the past several weeks. I was happy about that and I expected to lose because I’ve been SUCH a good girl. I was flawless last weekend so, SIANARA 2 pounds! I feel confident I can keep those two pounds off for a grand total of 2 or 3 days. Between our work Thanksgiving celebration, Thanksgiving at home and leftovers, I might as well have a parade for the return of those 2 pounds because they are coming back with a vengeance. I’ve come to terms with the fact that my original goal for January 15th isn’t going to happen. I’ve been eating way to good over football season to expect to drop almost 14 pounds in the next 7 weeks. I’d have to lose 2 pounds a week and with my lose some, gain some routine, it’s just not going to happen. My goal now is to maintain this process of putting on a holiday and football pound here and there and then getting rid of it the next week. If I can do that, I can go full speed ahead beginning in January so I will keep exercising and doing well MOST days but rest assured, that goal is mine and while this fall season has been a bump in the road for me, it won’t be a sink hole that sucks me down into an abyss. Trust me, I run over bumps all the time, in my car AND in life but I just keep on driving and that’s what I plan on doing. 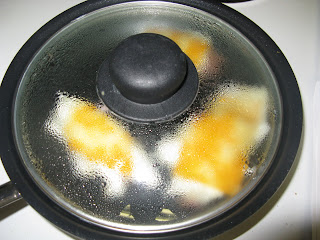 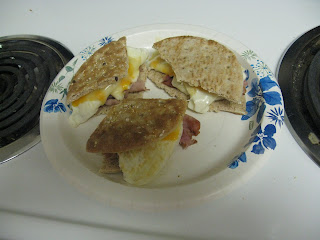 This week’s recipe comes from the Hungry Girl and she calls them Hot Stack Ruby Sliders. They are a nice breakfast substitute for those fattening sliders you can find at Ruby Tuesdays and many other places. For the bread, you use the Arnold Sandwich thins. Cut the bun into thirds to make three sliders. The recipe called for Canadian Bacon and fat free sliced cheese but I used sliced deli ham and sliced Reduced Fat Sargento Colby Jack cheese. Use about 2 pieces of the thinly sliced ham on each slider and split one slice of the cheese into thirds. Heat a skillet and cook egg beaters in the bottom of it. Place the ham and cheese on top forming little piles that you can add to the bread. Put a lid over it for a minute or so to get the cheese to melt and then place the nice little stacks on the bread. This turned boring egg beaters into something yummy and different. It was quick and easy and that’s always my favorite way to cook. 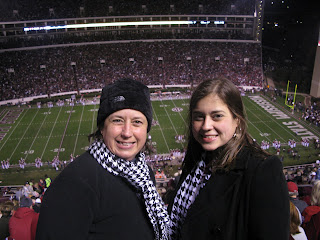 Well, the ticket fairy arrived to me on Friday of last week allowing me to go with my Mom to the Mississippi State game. We had a great time. It was chilly and the cowbells proved to be pretty annoying but it was an easy drive and other than Bama’s complete inability to kick a field goal, it was a pretty easy win. 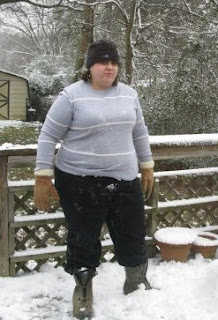 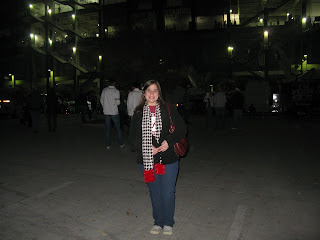 This will be the last before and after picture until I go back to my regularly scheduled updates when I hit a milestone. The main reason I’m not doing anymore is because I’m out of fat pictures. Trust me, there were plenty but I went on a deleting spree of them awhile back and there just aren’t enough to keep up with anymore. I know you are devastated but just try and understand. Also, if at any time you need to be inspired or feel better about how you currently look, you can look at archives and my standard/official before and after pics are always there for your viewing. I will come up with something magnificent to talk about since this section won’t be here anymore. In this before picture, I was apparently angry at something. I look like a giant yeti that is about to purposefully cause an avalanche. The after is from this past weekend. My Mom took a picture of me in front of MSU’s stadium which is small but surprisingly tall…trust me…the 500 ramps we had to climb up to get to our seats were no joke. 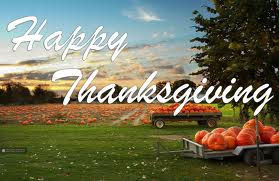 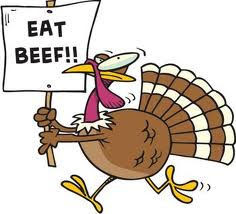 Since next week is Thanksgiving, I will not be blogging next week at all. Since I won’t be talking to you again until December, I wanted to go ahead and wish you and yours a very HAPPY THANKSGIVING! 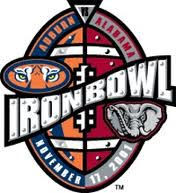 Also, since I won’t be blogging, I won’t be able to slip in a ROLL TIDE for the next two weeks. Alabama plays Georgia Southern tomorrow and hopefully, they won’t be a problem. The Saturday after Thanksgiving, Alabama will head down to the plains to play Auburn in the Iron Bowl. Even though Alabama appears to be a better team this year, the Iron Bowl’s are traditionally unpredictable and since Alabama is playing them at their house, it will be an exciting game. I will watch that one from home unless the ticket fairy visits me again…I’m not too hopeful that will happen but I’d LOVE to go if I could.

That’s all I had!

Have a great weekend, week, Thanksgiving and weekend!

“I wish I was cold as stone,
Then I wouldn't feel a thing.
I Wish I didn’t have this heart,
Then I wouldn't know the sting of the pain.
I could stand strong and still…” Cold As Stone-Lady Antebellum
Posted by Heather Wyatt