Hello All! Today has been the day of detox.  I am too embarrassed to tell you everything that I ate last week so I will spare you all of the details but I have paid for it physically and mentally.  I feel like I will be paying for it for awhile.  All in all though, I think the birthday binge week works.  I wouldn’t recommend it for everyone, especially if you are new to the game or a bit weak because you wouldn’t want anything to throw you off the wagon completely.  I have done this several times and I’m sort of a pro at “going back” now so I think I’ll be fine.  I won’t be blemish free this week but I will be mostly good and starting next week, I’ve got to go back to flawless so when I weigh in June I don’t pass out/cry/burn my scale. 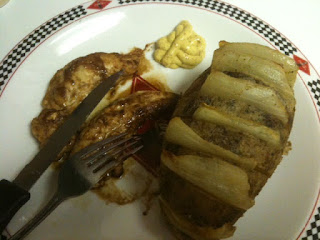 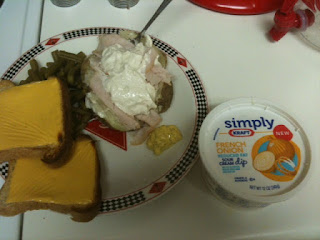 This week, I wanted to share a couple ways to jazz up a potato.  Potatoes are pretty much the perfect food.  Sure, when they’re fried, they aren’t good for you but when you have them baked, they are filling and full of fiber.  However, the potato by itself doesn’t have much flavor so I find myself looking for ways to make them more interesting.  I’ve chopped them, sliced them, baked them and everything else and I wanted to give you a couple of ways to make your potato more interesting.  The first picture comes from a Pinterest recipe.  I am impatient so I didn’t bake this quite long enough.  I didn’t believe the time that I was given.  All you do is take a potato, cut it into 1/4 to 1/2 inch slices without going all the way to the bottom.  In between the slices, include onion, garlic, salt and pepper.  The recipe called for butter but instead I took spray butter and olive oil spray and sprayed it in between the slices and all over the potato.  Wrap it in foil and bake it at 350 for 90 minutes.  Yes, an hour and a half.  That’s a long time but it had a lot of flavor. The other potato pic is of a baked potato that I fake baked in the microwave and it’s topped with reduced fat French Onion Dip.   Sometimes, plain reduced fat sour cream doesn’t really do the trick.  If you can find it (and it’s hard to find) you get two tablespoons for 40 calories or so.  It made the potato quite tasty. 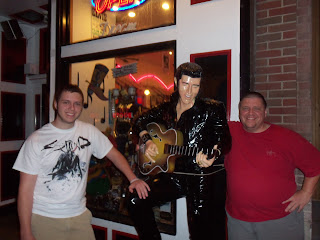 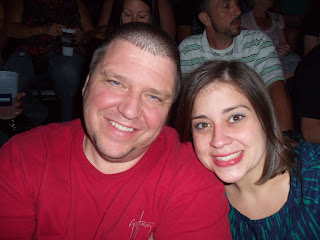 My Dad, brother, his girlfriend and I trucked up to Nashville on Friday night to see a rock concert.  We had fun.  The music was a little much for me at times but I know my Dad had a blast so I’m glad we went. 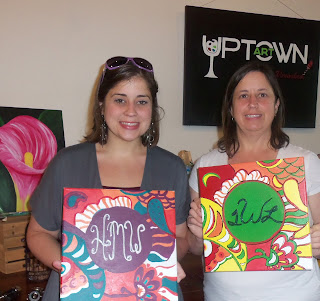 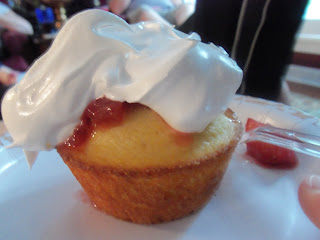 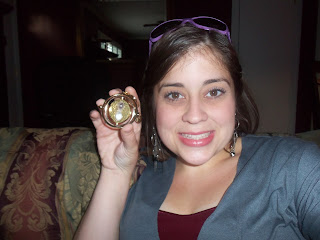 Since yesterday was both Mother’s Day and my birthday, my Dad did the cooking and he made an amazing meal! I ate way too much.  He worked hard.  The second picture is the dessert that he made with strawberries to top the whole thing off.  Mom and I also went to a Mother’s Day painting session at a place downtown.  I am not an artist but I enjoy going with my mom and it’s nice to take home something that you made.  It was a good day.  I also included a picture of me and my Time Turner (something from Harry Potter) that I got for my birthday (along with other, slightly less nerdy but no less awesome gifts). 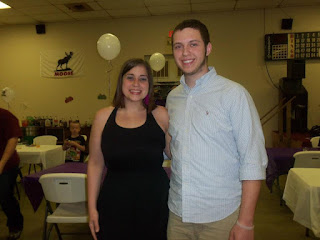 As I’ve mentioned 100 times, David is graduating from Holt High School this week and I couldn’t be more emotionally out of control.  I also couldn’t be more proud of the person that he is.  I’m so excited to see what the future holds for him!  I know I will have a lot of pictures for the event.

I hope y’all have a fantastic week!

Talk to you soon!

“I hope your dreams take you... to the corners of your smiles, to the highest of your hopes, to the windows of your opportunities, and to the most special places your heart has ever known.”
- Author Unknown