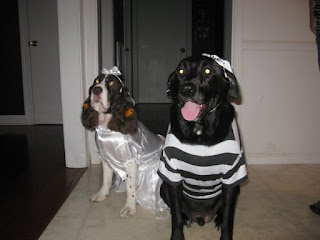 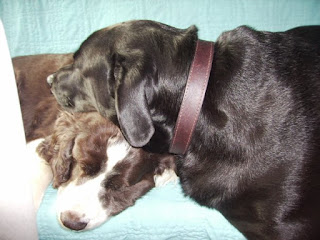 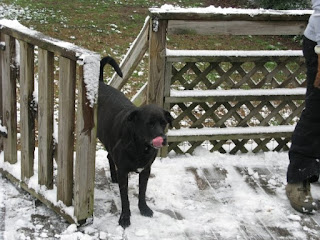 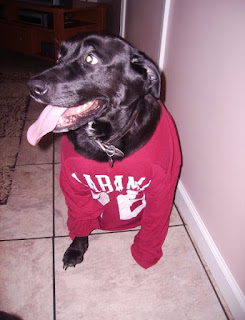 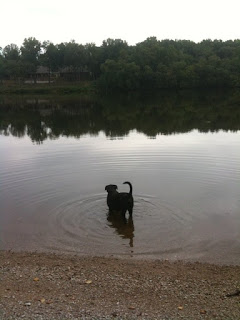 Hello everyone.  I have Tweeted, Facebooked, created photo albums and texted but here, on my blog, I will give one final tribute to my dog, Pacey Carter Wyatt.  He had a tumor removed a couple months ago which seemed to reveal a whole slew of issues he was having.  In the end, we think he did have hidden cancer and this weekend, he passed away.  Pacey was 9 years old. The death of a dog seems so trivial when people are going through so much this holiday season, specifically the victims of the shooting in Connecticut but Pacey was a true friend and dogs can provide comfort in the worst times.  I will miss him greatly and though I’m sad, I’m so happy I had him in my life.  Thanks again to my family and friends…especially my parents…they were his mommy and daddy too.  He lived with them and their home was his home.  I love you Pace! It’s weird because we also lost Dixie not that long ago so my parents now have no dogs.  I can’t remember a time when I didn’t have a dog.  They sure to make a difference.  Also, here’s a link to a youtube video of him trying to bite bubbles…he liked to do that.  The quality isn’t great but oh well.   http://www.youtube.com/watch?v=C4T5uGnCNNg&feature=youtu.be 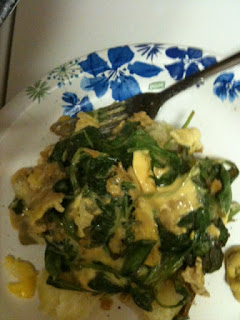 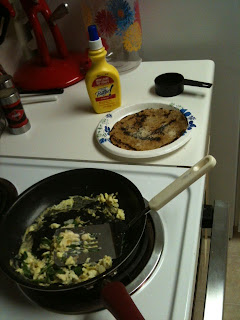 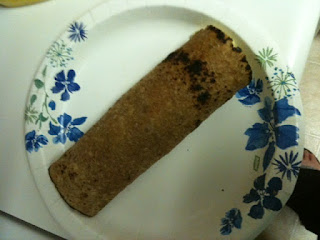 Now, onto only a slightly less depressing topic: my weight.  I actually did drop a couple from the heinous weight I saw last week but I surely gained them back and then some after this weekend.  I grieved with chocolate and I ate an abundance of cookies and basically anything I could get my hands on.  I’m going to try and stabilize myself this week but I won’t get on the scale again until January the 5th.  I’m going to try not to go crazy but I don’t see a point in punishing myself.  The number is not great but I’m excited about the prospect of another fresh start at Weight Watchers on January the fifth.  The pictures above are of an egg wrap I made while on my food pyramid diet.  It’s not pretty but it tasted good.  I just scrambled one egg, spinach, onions and fat free cheese and put it in a wrap.  I was going to try to make an omelet but it’s hard to flip an omelet when it’s made with only one egg so I stuck it in a wrap.  It was tasty.  I am kind of excited about counting points again.  I think it’s the best system for me. I hope to have stories of success soon and that it doesn’t take me long to get back to that lowest weight so I can go even further and march towards a final goal weight. 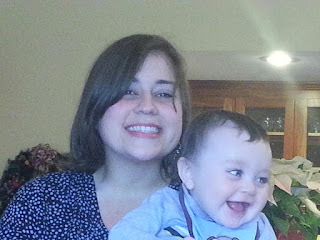 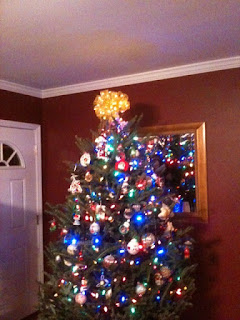 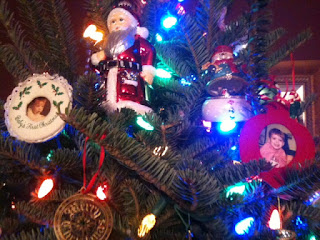 I was able to go with my family last weekend for my grandmother’s birthday and I got to take a picture with my precious baby cousin, Alex.  I got to see my whole family so that was nice.  We also decorated the tree at my parent’s house so other than the lack of Pacey and the fact that we’re all broke, I think we are ready for Christmas.  I won’t be blogging again until December 31st, the last day of 2012 (presuming the Mayans were wrong) to say goodbye to 2012 and hello to 2013.

“Keep your head up, nothing lasts forever…” People Like Us-Kelly Clarkson