Happy President’s Day, y’all.  If you are like me, you had to work despite the holiday.  Oh well, I am just grateful to have a job, I guess.  I’m fighting off a bit of a sinus problem today.  It’s been creeping up slowly on me for several days and I’ve got quite a cough today.  I rarely get sick so I shouldn’t complain.  I should never complain because overall, things are usually pretty good but the fact that I shouldn’t complain has never really stopped me.  I’m pretty pooped today but I have a lot to do so I need to just suck it up.  I didn’t weigh on Saturday like normal because I had a four day weekend last week due to the trip to Nashville with my Dad.  I knew I wouldn’t like the results so I thought I’d give myself a break.  I’ll weigh this Saturday to gauge how much extra work I need to do.  I completed the first phase of Insanity last week and began the new one on Saturday.  The second month is even more insane than the last.  The videos are longer and the moves are more intense.  I am pretty sore today so I think that means it’s working.  If I can stick with that and stop eating too much on the weekends, I feel like the weight would come off but I don’t always do what I’m supposed to. 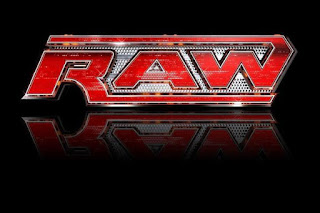 Dad and I had a great time at WWE Monday Night Raw.  I admit that even though I won’t be recording it on my DVR any time soon, it was pretty entertaining.  It’s the male equivalent of a soap opera.  It was fun to get into it with the crowd and I was excited to see the Rock.  Unfortunately, I don’t have my camera cord so I can’t post pictures yet.  I’m hoping to get them on Facebook this week so maybe I can share a couple in the next couple weeks.  I won’t have a blog post next week because I won’t have time.  I’m spending the night in Birmingham Sunday night for the Oscars, so I’ll post again on March 4th with pictures of wrestling, new weight and measurement updates, Oscar reaction, and pictures from the Pink concert I’m going to.  So, I’m slacking next week but I’ll make sure to fill up the next post. 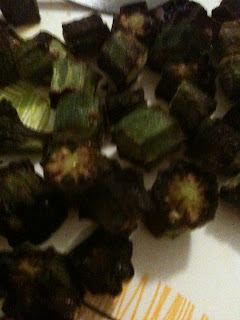 I kind of cheated this week and I didn’t provide a full recipe.  I’m from the South and I adore okra, fried up in a cast iron skillet with bacon grease.  My mother is an okra frying champion and I also love the way my grandmother makes it.  It’s crispy and salty and just plain delicious.  It’s also terrible for you.  I don’t think I realized the you could have okra if it wasn’t fried until a couple years ago.  The problem is that okra can be slimy and nobody wants that so it’s kind of tricky to prepare it in a healthy way and make it taste good.  You can prepare it in a skillet with non-stick cooking spray but I find it easier to bake it.  I bought it frozen, put it on a cookie sheet sprayed with Olive Oil flavored spray, tossed the frozen okra on the sheet, sprayed it with the non-stick spray, put a little salt, pepper and garlic powder and popped it in the oven.  Since it’s from frozen, it takes time.  However, since it’s in the oven, you can fold laundry, catch an episode of Modern Family or something else while you wait.  After about 15-20 minutes, I tossed it with the spray again and added more salt.  I put it in for a bit longer and then when it’s fully cooked, I turn the broiler on.  I burned the first batch I made so make sure to watch it closely.  I think no more than 2-3 minutes is enough.  No, it’s not the bacon-fat ridden taste of fried heaven you are used to but if you make it right, it’s crispy and has good flavor.  It’s worth a shot at least.  I liked it. 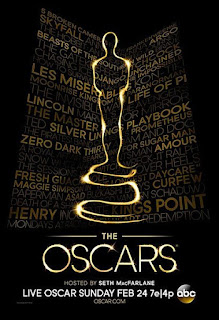 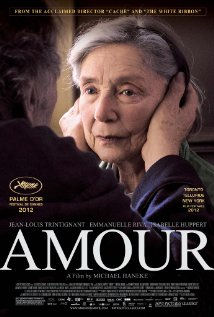 It’s OSCAR week and Jordan and I are totally ready.  We have seen the movies in the major categories and I’ve seen a few in the minor categories.  I hope to catch at least a couple more of those this week.  The last one we saw was Amour.  I pretty much hate this movie. It is nominated for Best Picture, Director (Michael Haneke), Actress (Emmanuelle Riva) and Original Screenplay (Michael Haneke).  I think the nomination for actress is well deserved but that’s it.  It was in French which wasn’t the problem at all but I thought it was worth mentioning.  The movie had two sides, painstakingly boring and tragically sad.  Seriously, it had one of the most disturbingly sad scenes I’ve ever seen.  When it wasn’t sad, it was so slow.  There were long drawn out moments of scenery and unnecessarily long moments of silence.  I had to pry my eyes open to stay awake.  I also saw Prometheus which isn’t nominated in a major category, just visual effects. I didn’t really care for it, either.  The visual effects were great (good make up and a gruesome alien baby birth scene) but it’s good thing that’s all it was nominated for because the dialogue was predictable and a good portion of the movie was spent watching the head of a decapitated robot talking.  It wasn’t my favorite.

So, I guess I could tell you my favorites and then my predictions…if you want to know…if not, feel free to skip ahead.  My opinions on who will win have changed a bit since the nominations first came out…and they may change again.

“And it would be a fine proposition,
If I was a stupid girl…” Girl at Home-Taylor Swift
Posted by Heather Wyatt