Hey y’all.  I know I’m not the first or the millionth person to say this today but I seriously think the day after the Super Bowl should be a national holiday.  I am not a fan of professional football but I am fan of Super Bowl food.  I know this is supposed to be about weight loss but you certainly couldn’t tell I was on a diet last night.  My mother really out did herself.  When I got to dinner, it was like a festival of bacon.  She made cheeseburger sliders with bacon, potato skins, pigs in a blanket, wings, ribs.  Seriously guys, I know everyone thinks their mom is the best cook in the world but you are totally wrong, unless my mom is your mom.  It was worth every gluttonous calorie.  By the description of food I had, it’s not hard to know why I had no weight loss this weekend when I weighed.  I hadn’t gained which I consider a success.  I’ve been kind of loose on the weekends and it must come to an end.  I am not going to post next week because…well…I’m almost embarrassed to say…my Dad and I are travelling to Nashville on Monday to go to Bridgestone Arena…to see WWE Monday Night Raw.  I’m not what one would call a wrestling fan but my Dad is so that’s what I got him for Christmas.  I admitted that to not only tell you’ll there won’t be a post next Monday but also so I could say that I know my diet won’t be great on that Monday and Tuesday.  Even though the weight loss momentum I had has been put on a temporary pause,  I’m doing my best otherwise and hopefully the hiccup won’t last long.  On a positive note, I have now lost a total of 3.25” after beginning Insanity.  I have 8.2 pounds I need to lose to reach my first goal of 2013.  Persevere y’all.  You can do it. 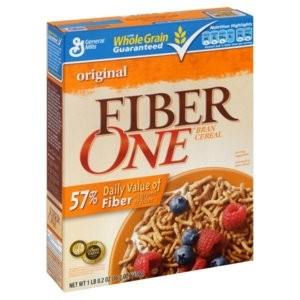 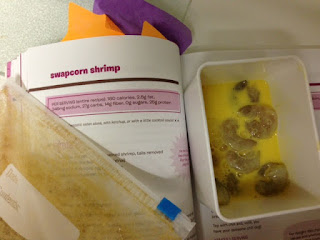 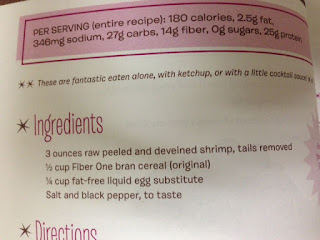 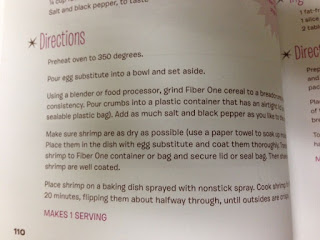 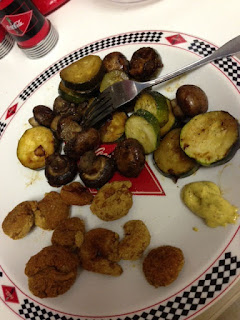 This week I am sharing a baked version of Popcorn Shrimp from the Hungry Girl. The Hungry Girl loves to use Fiber One cereal for her fake frying.  Let me just say, I was skeptical because Fiber One cereal looks like rabbit poop and tastes like dirt. No disrespect to the folks at Fiber One…they are doing great things for the fiber needing community.  I decided to give it a fair shot.  Normally, if I have to get a kitchen appliance out and plug it in to make the recipe, I avoid it because I’m lazy.  The popcorn shrimp required a finely ground Fiber One cereal to act as the breading.  Rather than making only one serving’s worth, I made a large batch so if I want to make other recipes with it, I can just grab it from the fridge.  I think it has a pretty good shelf life…let’s be honest, there’s probably not a lot of fresh ingredients in the cereal to go bad.  I used Egg Beaters to coat the shrimp and then shook them in a baggie with the cereal.  I added salt, pepper, garlic powder and chili powder to the Fiber One to give it some flavor.  The shrimp was crispy and had great flavor.  It took me more than five minutes so I probably won’t make it much  but it was quite good.  I made it with some sautéed veggies. It’s not pretty but I enjoyed it. 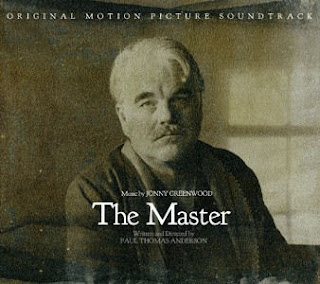 As the Oscars loom closer, Jordan and I are trying to wrap up our adventure.  We have actually had an easier time this year than ever before.  We’ve had to go to Atlanta, Huntsville and Chattanooga before to see all the movies before the show but we managed to stay between Tuscaloosa and Birmingham this year.  A big shout out to the Edge theatre near his house because they listen to requests for movies and they are great about having ones that are hard to find.  We were able to see the Master yesterday which wasn’t nominated for Best Picture but did have acting nominees.  Joaquin Phoenix is nominated for Actor, Philip Seymour Hoffman for Supporting Actor and Amy Adams for Supporting Actress.  This movie had potential. It had several good moments.  I guess agree with the acting nominations and I definitely agree with the fact that it wasn’t nominated for Best Picture.  It was about an alcoholic, ex-sailor who encounters a non-religious evangelist of sorts in Philip Seymour Hoffman and they set on a journey to fix people by connecting them to their spirit…awaken them.  It was too long and at the end, I don’t have any idea what I’m supposed to take away from it. 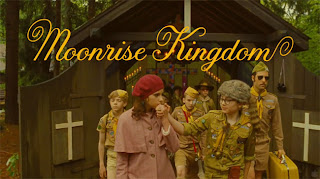 My mother said that Moonrise Kingdom was the dumbest movie she’d ever seen.  At first I resisted that statement thinking surely I could think of a dumber one but after filtering out movies that were intentionally dumb but in a funny way, I really couldn’t disagree with her.  Maybe in some pretentious land of coolness this movie has an epic-ness that I just don’t understand but overall, I have no idea what this movie was supposed to accomplish.  The cast was amazing…Bruce Willis, Ed Norton, Bill Murray and others but man, was it weird.  It’s only nominated for Original Screenplay (Wes Anderson & Roman Coppola) so I’m not sure if the pool for that was small this year or what.  I guess if I had to say something positive about it, it would be that it is, in fact, original.  It’s about two misfit kids falling in love and “getting married” and taking a trip in the woods…or something.  I pretty much hated it. 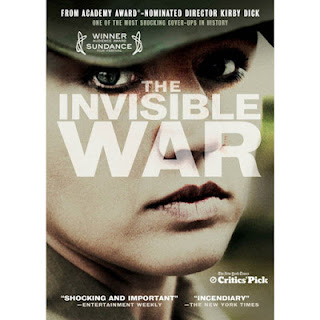 The Invisible War is not in a major category but I thought it was worth mentioning.  It’s nominated for best Documentary and it brings to light the horrors of sexual assault that women sometimes face in the military.  This movie is well done and highlights the problems that women soldiers face.  It also calls for action in the way the military handles these situations.  It’s sad but eye-opening and at the very least, food for thought.  It’s the only documentary I’ve seen so far so I can’t speak to the quality of the others.

I hope you all have a wonderful week.

Hopefully I won’t get hit over the head with a folding chair next week.

Talk with you soon.

“You’re a lovely creation, I’d like to think that I am too.” Love On The Rocks-Sara Bareilles