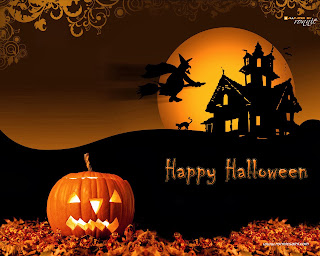 Happy Early Halloween, Y’all!  Halloween is BY FAR my favorite holiday.  I love dressing up and eating candy and decorating my house.  I’m a little stressed this year because I still don’t have a costume.  This is very unlike me but I’m sure I’ll figure out something.  I usually dress up at work and then a couple more times during the holiday season so I’ll have pictures next week.  I guess I’m really in the holiday spirit because it’s scary how much I ate this weekend.  I was a bit stressed and emotional so I just went for it.  I was actually down two pounds when I weighed Saturday morning so I reached my first Weight Watchers goal.  I have about 12 pounds to go from my personal goal.  I am hoping the damage won’t be too bad and that I don’t get out of control this weekend with the fun sized candy bars.  I’m back on today and I’m not going to beat myself up.  I can’t go back. 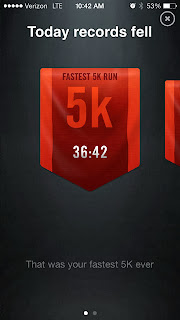 I wanted to share another running victory since it was the only redeeming moment of my fat-tacular weekend.  I jogged on Sunday using my Nike app and told it I wanted to run a 5K.  I broke my time record again so that was good.  I can only imagine how fast I could run it if my belly wasn’t full of pizza, nachos and beer.  Oh well.  There is no football game this weekend so hopefully it won’t be as bad. 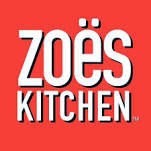 I wanted to alert you all of yet another dining place that has added a nutrition calculator to their menu.  Zoe’s now has everything available online.  This is a good and a bad thing because Zoe’s has extremely limited options when it comes to healthy food.  Y’all, I hate to rain on anybody’s parade but if you are getting chicken salad, Greek salad, hummus with pita bread, roll ups or anything with olive oil, you are PILING on fat and calories.  Stay away.  This should be the equivalent of a decadent cheat meal.  Stick with the lean turkey and club pita…oh…and get fruit, not pasta salad as a side.  I also don’t completely trust this nutrition calculator.  Some of the facts update when you manipulate the ingredients and some don’t.  Either way though, it’s a step in the right direction. 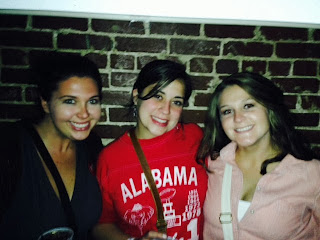 Alabama played Tennessee at home this weekend and it was a nice little beat down.  We play LSU next so I’m a little nervous but Alabama is looking GREAT. Have a good week, y’all! Bye!