Hi Everyone! I’m sorry I didn’t post last week.  I was not feeling well at all and everything was extremely hectic.  So, I’m going to try to cram a lot into this one.  I haven’t weighed in a few weeks.  I’m being persistent with my pattern of eating like I should during the week and then losing it all when I get to the weekend.  My half marathon is this Saturday and I’m hoping that once it’s over and I can return to a more normalized and less rigorous workout regimen so that I can stop eating so much on the weekend.  I am growing more concerned by the day about my eating habits on the weekends.  I know it’s probably a coincidence but two pairs of pajama pants busted at the seams yesterday.  I had a mini breakdown.  All of my clothes fit but they are tightening so I know that I have to get everything back in order quickly.  I will definitely keep you in the loop over the next few weeks.  I’m going to set a goal for May and try and trim down as much as possible for the summer months. 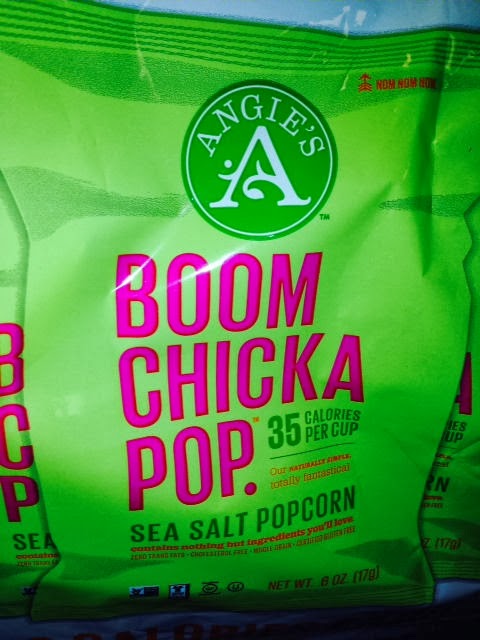 I wanted to share a snack with you that I found at Target.  It’s from Angie’s and it’s called Boom Chicka Pop.  It comes in a big bag but I managed to find it in single-serve bags which is always nice.  It’s especially nice because the smaller bags are only two points.  It’s got some flavor which is unusual for light popcorn and you get quite a bit so if you can manage to find it, I recommend it. 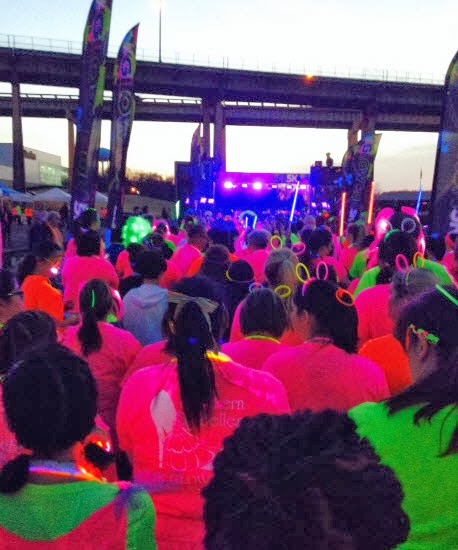 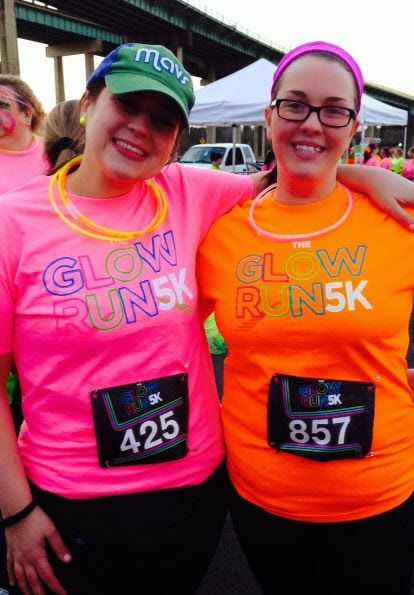 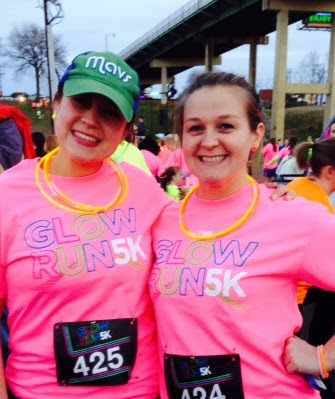 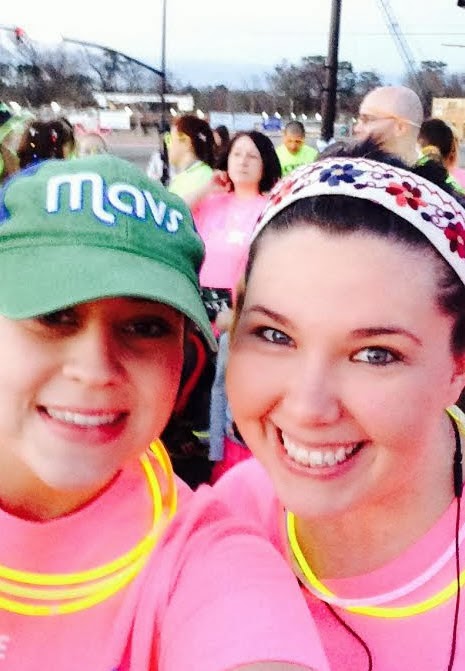 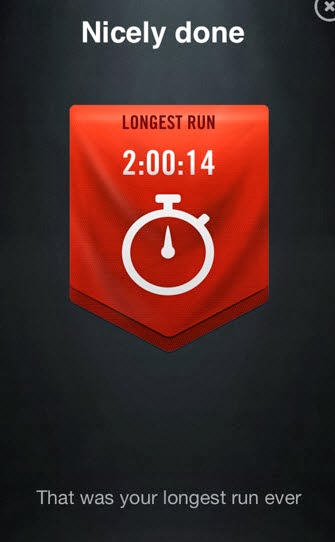 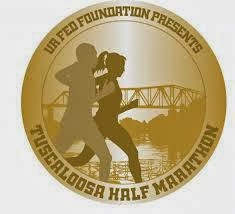 So, Saturday is the big day.  It’s the day that I will attempt to run 13.1 miles in the Tuscaloosa Half Marathon.  I have been training for this for over two months.  I think I was experiencing some burnout last week.  I was sick and exhausted.  I couldn’t get out of bed.  I rested all weekend and I was finally able to complete my final big run before the actual race.  I think I’m about as ready as I’m going to get.  I have a couple short runs this week because you are supposed to taper down as you approach the big event.  I did the Glow Run which is a 5K with friends and I think that’s what gave me a clue I was burned out.  It took me forever to run it and I was sore.  Afterwards, I just wanted to sleep.   I feel better now.  I plan to carb up on Friday and go to bed early.  The race starts at 8.  I’m scared.  I keep envisioning myself being last and passing out somewhere and nobody will be able to find me.  I know this isn’t going to happen but this is a much bigger challenge than I ever anticipated.  We will see.  Obviously, I’ll report the highlights on Monday.  Wish me luck! 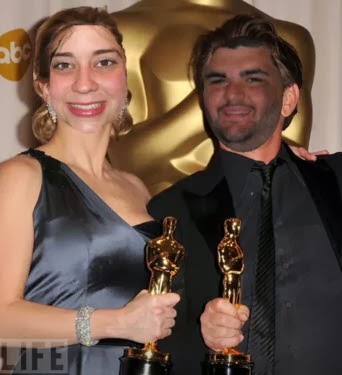 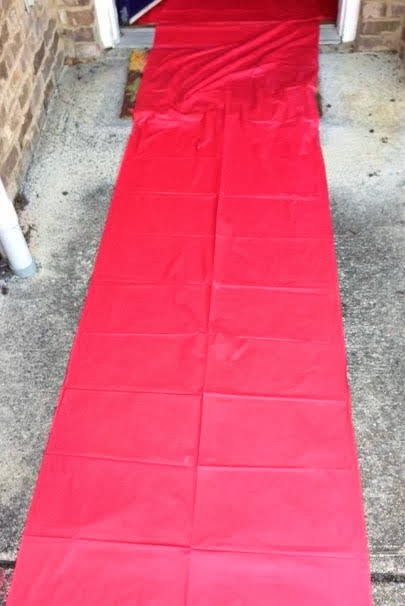 Jordan and I always watch all of the Oscar nominated movies in preparation for the Oscars.  We did that again this year and we had ourselves and Oscar party for two last night.  I had a blast as usual with him! He even rolled out the red carpet for me. It was one of the better shows that I’ve ever seen.  It had a tribute to the Wizard of Oz and I got to see performances from Pink, Bette Midler and Idina Menzel…so many of my favorites.  Typically, I post comments about the movies BEFORE the actual show but because I was sick last week and midterms were due it’s just been crazy.  I decided to still give you my two cents on the major movies so if you don’t want to see those, feel free to stop here. 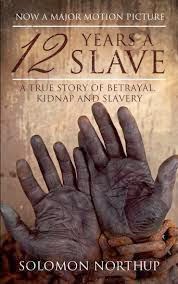 There are certain movies in my life that I’ll never watch again.  “War Horse”, “Schindler’s List” and “The Impossible” are a couple examples.  “12 Years a Slave” is now on that last.  These movies don’t acquire a lifetime ban because they are bad or poorly made, it’s because they are incredibly gut-wrenching and borderline impossible to watch.  I think the point in making the viewer uncomfortable is to get the message of the film across.  “12 Years a Slave” accomplishes this perhaps more than any other movie I’ve seen.  It’s a brilliantly told true story.  The acting was amazing.  The real-life scenes of violent abuse are so hard to watch, I considered leaving at one point.  I sobbed the entire movie and was effected for days by its impact.  I think everyone should watch it.  It’s important to remember our history and learn from it.  Now that I have seen it though, I’m done.  It won for Best Picture and Best Actress and rightfully so. 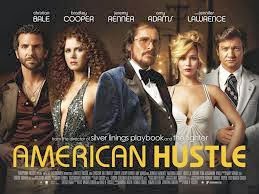 “American Hustle” had some nice moments and Christian Bale and Jennifer Lawrence both gave awesome performances but the movie fell a little flat for me.  It was really long and I stayed with it the first hour but at the end, it all seemed a bit slow and pointless for me.  It got a lot of buzz and was even up for best picture.  The buzz softened a bit during the actual show and I think that’s the right call.  There were many more worthy performances and stories told. 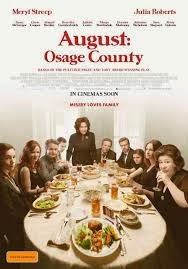 I loved “August: Osage County,” y’all.  It’s probably my second favorite.  First off, it’s relatable.  Everyone has family members that they can see in some of these characters.  I would own this movie in a heartbeat.  Julia Roberts, Meryl Streep and the entire cast were spot on and believable.  Even though I thought Cate Blanchett was fantastic, Meryl Streep deserved the award.  This movie goes beyond typical family drama.  It’s dark but funny at times and I recommend everyone watch it. 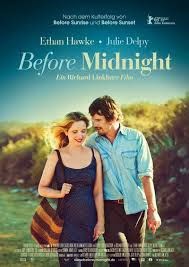 “Before Midnight” is part of a series of movies and it’s the only one I’ve seen.  After watching it, I’d say it’ll still be the only one of the three that I will see.  Nothing in particular against the story or movie but I found it boring.  The characters were static, there was far too much unnecessary dialogue and I was unimpressed overall.  Maybe I need to see all of them to appreciate it but it’s unlikely that will happen. 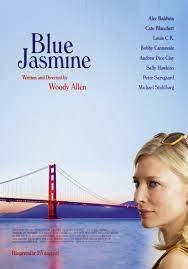 I would say “Blue Jasmine” is my fourth favorite movie of the year.  I am not a fan of Woody Allen movies…at all.  This is by far the best one I’ve seen.  Cate Blanchett is great in this movie.  She is an anxiety ridden woman whose rich husband turned out to be a crook and she is forced to slum it awhile with her sister, Sally Hawkins.  Hawkins was also nominated though I’m not sure why.  Even though I thought Meryl was a little stronger in this category, I was happy for Cate Blanchett…she does crazy really well. 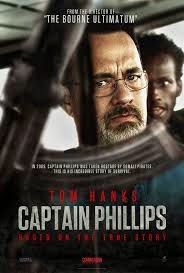 I rank the movies a little but it’s hard to do considering they are all so different.  If I had to, I’d put “Captain Phillips” right under “Blue Jasmine.”  This movie is so suspenseful and well-done.  It’s based on a true story and includes breakout star Barkhad Abdi who was nominated for Supporting Actor but didn’t win.  My biggest beef with the academy this year was the snubbing of Tom Hanks.  He was fantastic in this movie and it’s one his best performances in my opinion.  He was also snubbed in a way because he was in “Saving Mr. Banks,” the story about Mary Poppins which I LOVED and got no accolades at all.   I thought that Tom Hanks should have definitely been nominated over Bruce Dern from “Nebraska” for his portrayal of “Captain Phillips” but snubs happen. 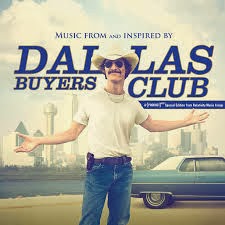 “Dallas Buyers Club” was probably my third favorite movie.  Jared Leto and Matthew McConaughey were so deserving of their wins.  They were committed to their roles completely.  The movie isn’t overly sentimental and tells another true story.  It raises awareness about the ever increasing problems with the pharmaceutical industry and allows people to remember all of the lives lost to the horrific disease that is AIDS.    I loved this movie and all of the layers of complexity that it has.  I would definitely watch it again. 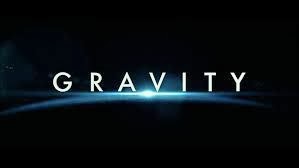 “Gravity” is a movie that was spectacular in looks and intensity but the dialogue was cheesy and the acting was overrated.  I love George Clooney and Sandra Bullock but I wasn’t that impressed with the performances.  That’s all I have to say on that one. 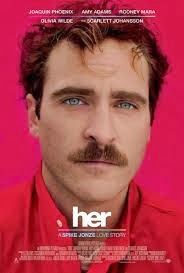 “Her” was a story that had intriguing concepts and made me think hard about relationships and the future but overall, my experience with “Her” was just awkward.  It was a little too weird for me.  I’m rarely going to be on board with a sex scene between Joaquin Phoenix and an operating system.  Maybe I lack the sophistication to find this movie profound or maybe I’m right and it’s just weird.  I also didn’t think the ending of the movie was that great.  It’s not that I can’t see a future in which Operating Systems have intelligence that they don’t have today I just didn’t see the beauty of it with this example.   Spike Jonze won for the screenplay…not sure I agree. 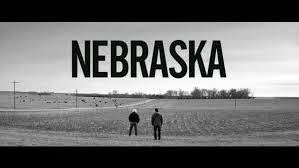 June Squibb ran away with the movie “Nebraska” and if not for her, I don’t think this movie gets the recognition that it got.  It’s a simple artsy movie.  It’s in black and white the entire movie and I didn’t understand the artistic value of that.  Will Forte didn’t impress me as a serious actor and I have no clue why Bruce Dern was nominated.  After watching the Oscars last night, it’s clear playing an old man isn’t that far of a stretch for him.  Having said all of that, the concept of the story is nice and it certainly has relatable aspects when it comes to family.  June Squibb is hilarious in it and steals all of the good lines but I think overall the movie was a bit overrated. 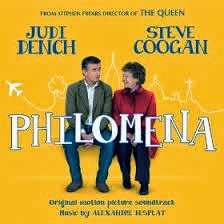 If I had to have an honorable mention outside of my top 5, it would be “Philomena.”  This story is heartbreaking and revealing.  It speaks a lot about the style of the Catholic church back in the day.  It’s another true story and Judi Dench’s portrayal of Philomena is wonderful.  The movie made me tear up quite a bit and I thought it was nicely done. 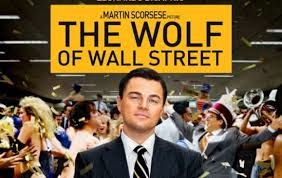 Finally, my favorite movie of the Oscar season has to be “The Wolf of Wall Street.”  I loved “August: Osage County.”  I’d buy it and whether I would purchase it or not is usually my main criteria.  However, I can see myself watching “The Wolf of Wall Street” multiple times a year.  I’m obsessed with Leonardo DiCaprio…have been over half my life.  I wanted him to win the Academy Award but maybe next time.  The movie has everything.  It’s funny and addresses the crime that happens on Wall Street.  It’s never boring.  It’s racy and edgy and unique. Loved it.  Watch it.

This was a good Oscar season.  I never have the best predictions but I have my favorites and this year, it was tough to choose.  I didn’t despise any of the movies which is unusual.  Have a good week y’all and I’ll report on the half marathon next Monday! Bye!