Greetings y'all. I was up again a little this week so I'm making two changes.  First, I think I mentioned last week that I can't trust myself to have a whole cheat day and then get back on track the day after that.  I'm changing it to two cheat meals per week that I still count as calories but not as many as I normally would.  I'll try to spread these out so there's not a day that I over indulge completely.  I practiced a bit this weekend and I think it's going to be better.  You know me, I'm always trying to manipulate my diet.  By now, I know what works and what doesn't so I'm just trying to do what is right here.  This way, I still get a little wiggle room but not so much I want to puke at the end of the day.  Two, I've decided to stop weighing in weekly.  I'm someone's whose weight can fluctuate drastically from week to week and day to day.  I've gained 6 pounds in a day and lost 4 overnight before.  I need to focus on doing what is right and pay less attention to the number on the scale.  I'm still motivated, still pushing. 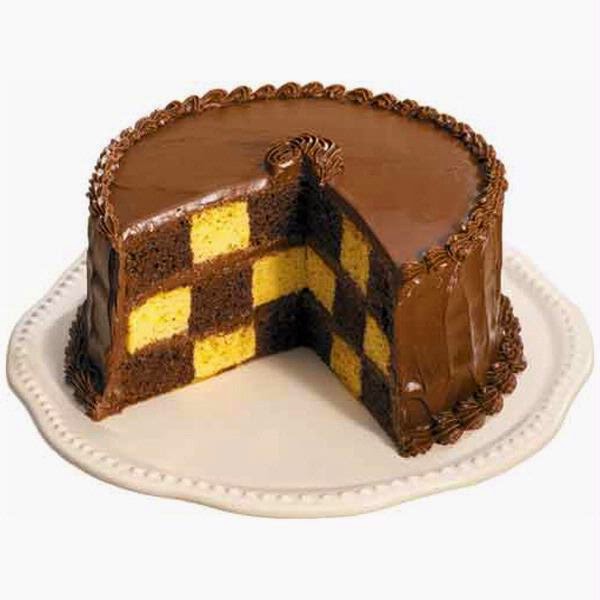 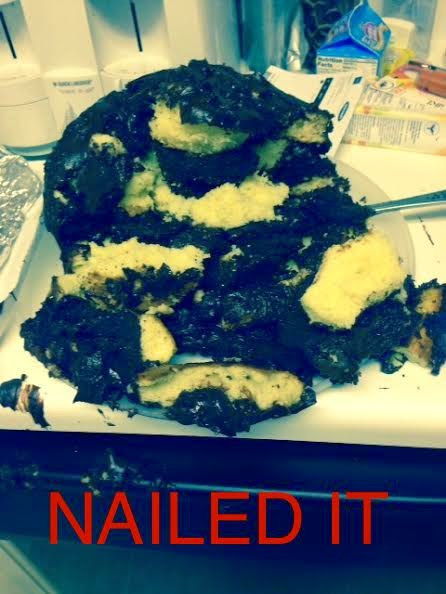 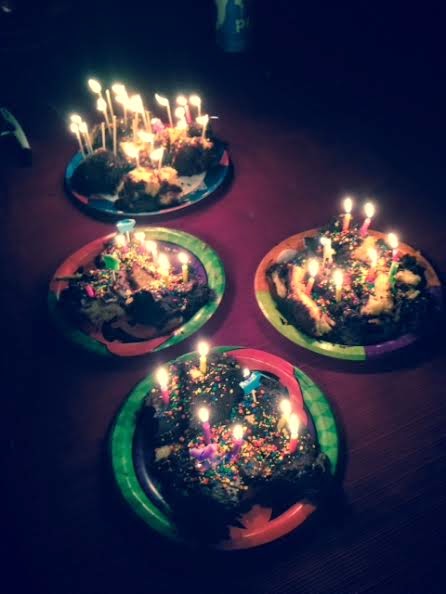 I want to give a birthday shout out to my mom! Her birthday is on Wednesday but we celebrated yesterday.  Sometimes you win on Pinterest and sometimes you lose.  It seems like when you lose though, you lose TERRIBLY.  I was trying to go for the checkerboard effect in the first picture but the cake broke apart and the top pieces started to slide and then the whole cake fell apart.  I was pretty devastated but luckily I was able to salvage some nice big hunks of cake and spread them out.  I still put candles all over them and it tasted good.  Oh well.  Have a good one, Mom! 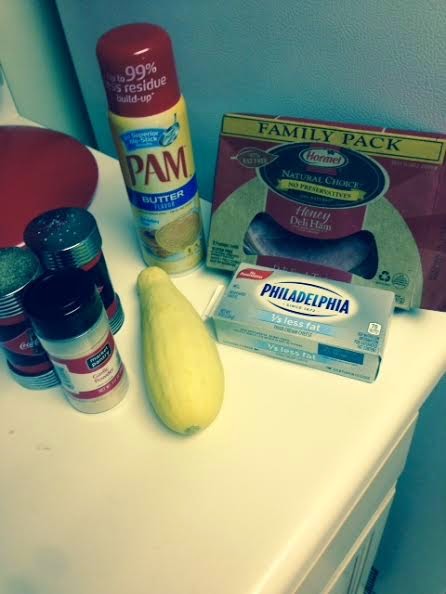 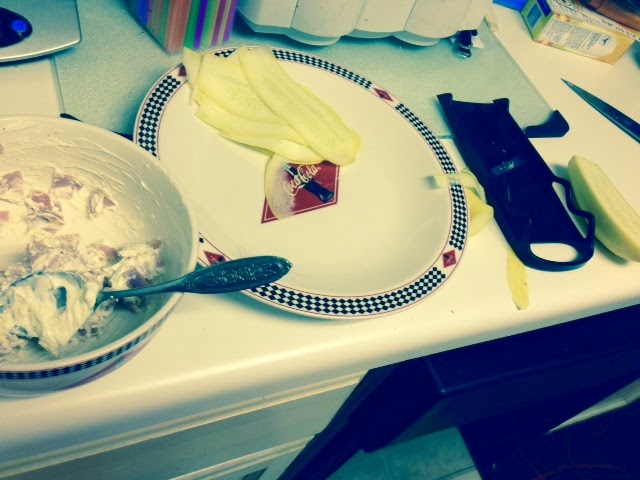 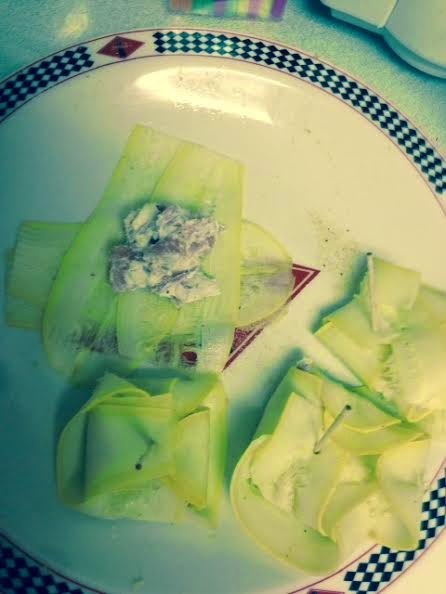 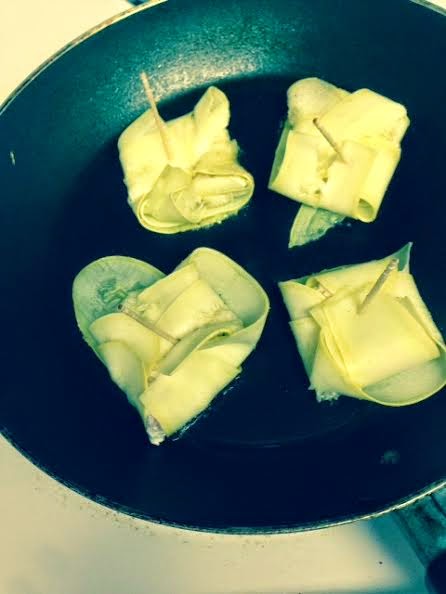 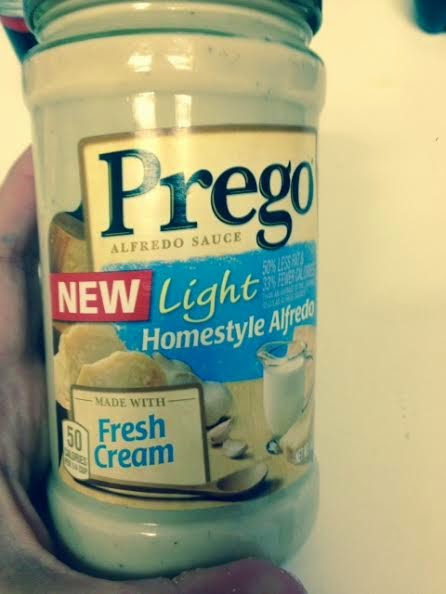 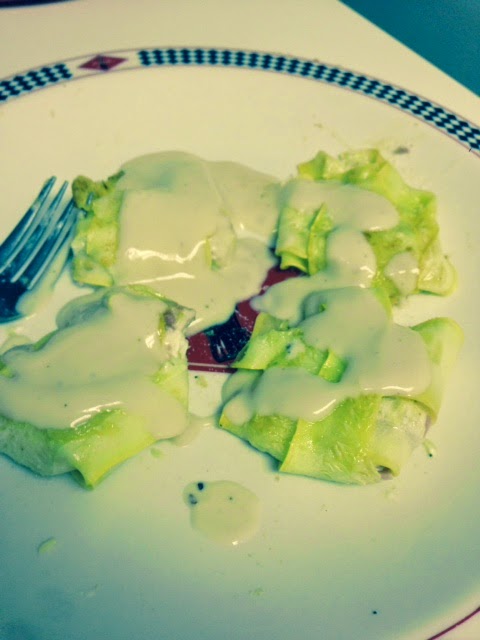 A Pinterest recipe I had success with this week (pictured above) was a Paleo inspired ravioli.  I want to be clear that this recipe is not Paleo because it's got cream cheese and store bought sauce but the idea of using squash as ravioli is Paleo friendly.  I don't follow the Paleo diet but certainly respect some of the recipes.  I have to say that this is probably the best recipe I've ever made in terms of a pasta substitute dish.  All I did was use my slicer to slice up thin pieces of squash and cross hatch them.  I filled them with a ham and cream cheese mixture that I made.  Both the mixture and the squash were spiced with salt, pepper, garlic powder and onion powder.  You seal up the ravioli with a toothpick, spray a skillet with non-stick spray and cook them on medium until they are done or brown...how done they are is up to you.  It's a struggle to keep them together when you flip them and take out the toothpicks but I managed to do pretty well.  I took them out then topped them with some light Alfredo sauce.  Y'all, this was so good.  The best part is you can mix and match so many fillings and sauces for these.  My belly was full at the end and I was happy. 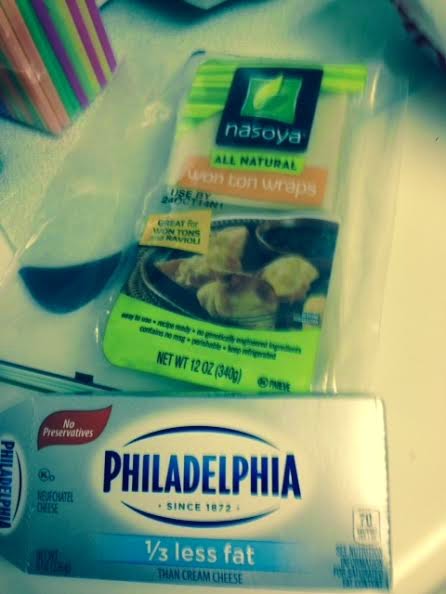 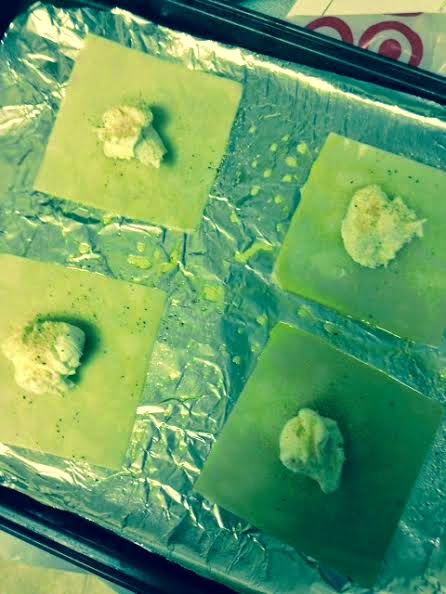 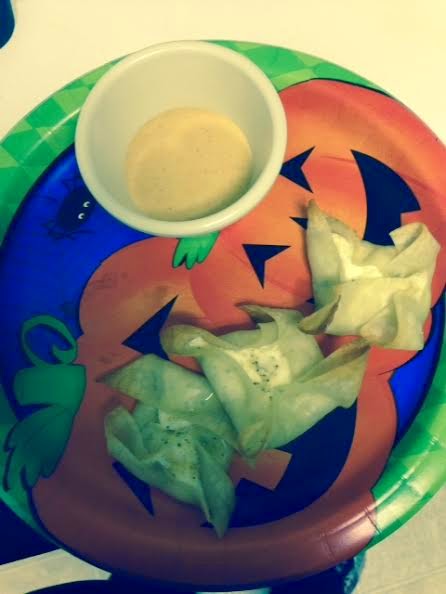 I also made yet another wonton recipe.  There will be more to come as I'm still plowing through all of them.  I'm obsessed with cream cheese/crab rangoon.  I love that stuff and it's so hard for me to resist.  So I used the same cream cheese I used for the ravioli and stuffed the wontons with those along with some garlic and onion powder and baked them up for a few minutes.  I didn't add crab because I was just trying to make a quick snack. These were so simple and a yummy and easy alternative to the deep fried recipes you get when you go out to eat. I was a little bad and dipped them in a bit of store bought yum yum sauce. 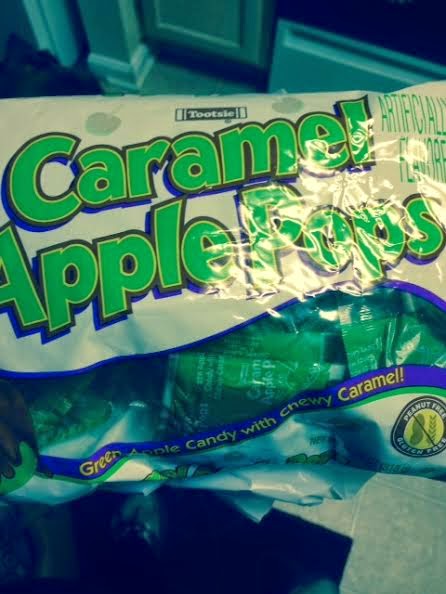 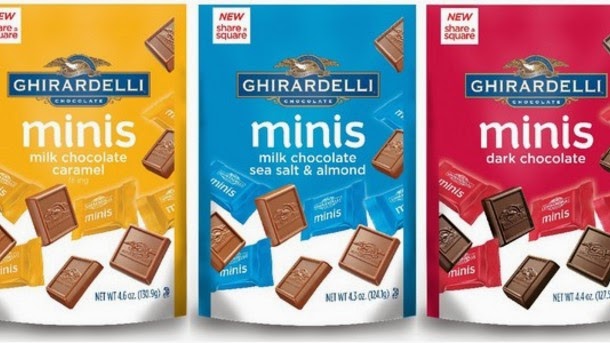 Halloween is looming and while it's my favorite holiday, it's also the season of candy which can be pure torture on someone that's dieting.  I had a meeting this morning with a woman who had a bucket of candy on her desk and I just stared at the whole time contemplating getting one.  I didn't but it was hard.  There are candy alternatives though. First, I have been in love with Caramel Apple Pops from Tootsie Roll for years.  They last awhile because there's real caramel stuck to them, they are only 60 calories and they are delicious.  Also, I've discovered Ghiradelli miniatures.  I love the chocolate caramels that that they have.  This is just a smaller version and at 38 calories a piece, it's nice if you just have to have a bite of chocolate.  As always though, be careful with these types of things because they can add up quickly. 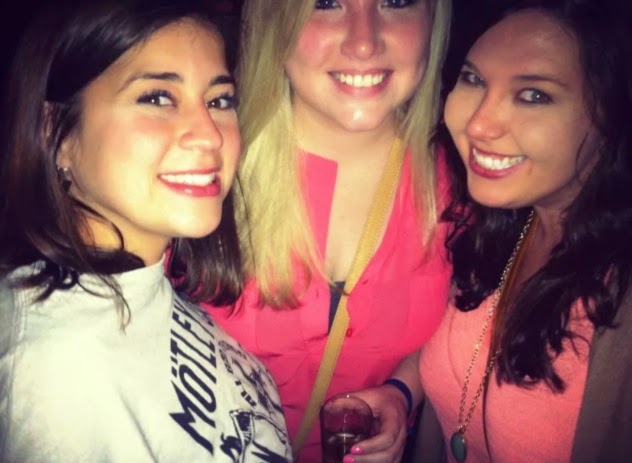 My Dad, friends and I had an awesome time at the Alabama Brewfest this weekend. Picture above was stolen from my friend, Arianne.

Bama was off but they play Ole Miss on Saturday.

Good luck y'all and I'll have more next week!