Hey y'all! I have been almost a month without getting on a scale.  I faltered some this weekend but other than that, I've been pretty good the past few weeks.  Bama had a football game in town this weekend and I had one of my cheat meals in the middle of the week.  Both of these factors put me at a high risk for misbehaving on Saturday and Sunday.  I have been much worse in the past but I'm not proud of a couple of moments I had, especially on Saturday.  I wish that my mini-binge didn't happen a week before my weigh in but it is what it is.  I'm back on today and I'm hoping to be at least a few pounds down.  I've been working out like crazy so I'm praying it's paying off. 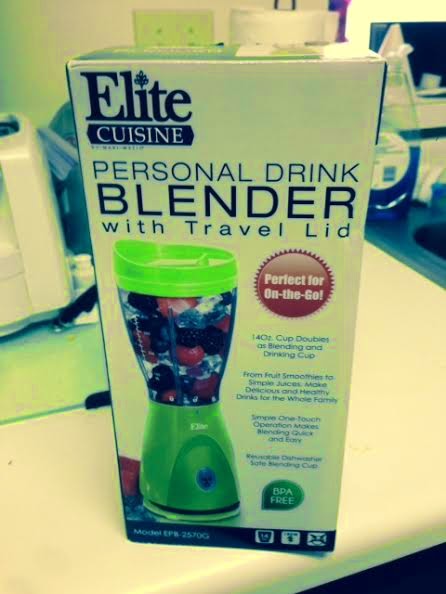 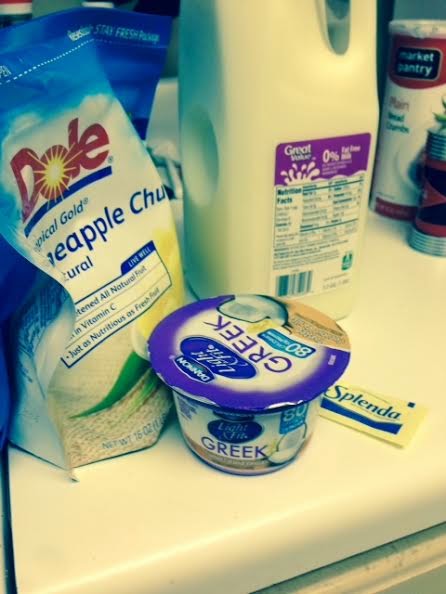 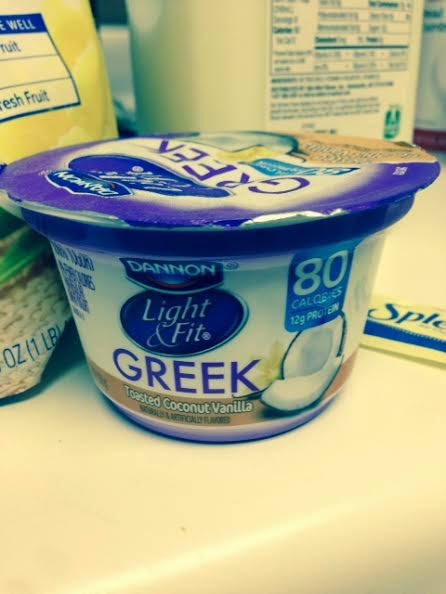 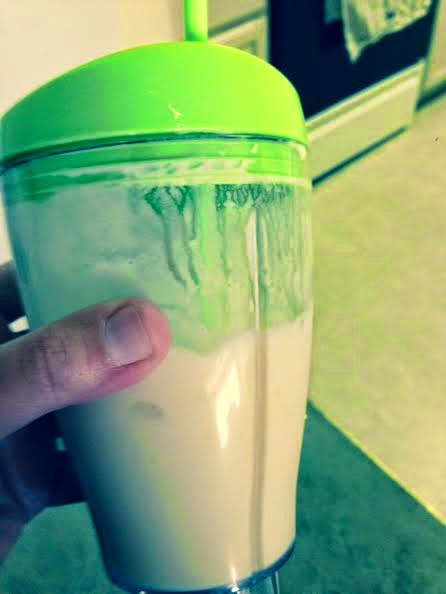 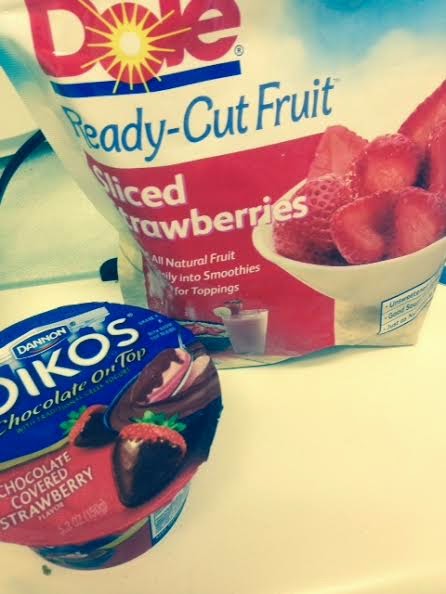 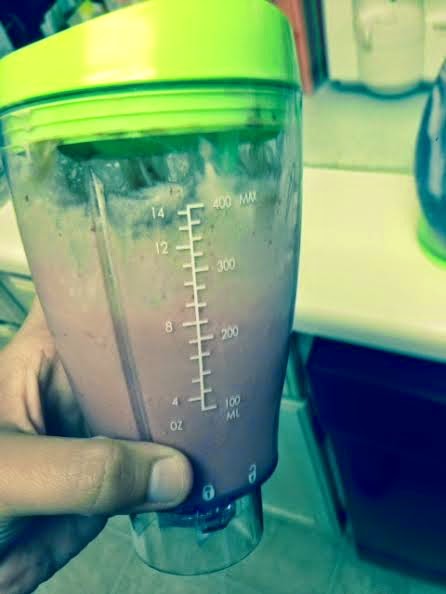 Since I've joined the gym, I've gotten in the habit of liking smoothies.  The problem is they are $4 a piece which tends to add up if you're going to the gym 4 or 5 times a week.  So, I bought Cassandra and I smoothie makers to save money and make delicious smoothies at home.  I made two recipes.  The first included a cup of frozen pineapple chunks, 1 packet of splenda, one container of coconut vanilla yogurt, 1/8 cup skim milk and 1/8 cup water.  It was tasty and loaded with protein and nutrients.  It tasted kind of like a pina colada. The best part is that it was under 200 calories.  The second was a bit higher in calories but still under 300.  I used chocolate covered strawberry yogurt, a cup of frozen strawberries and the rest of the ingredients were the same.  Both of them were delicious and filling.  It's was easy to throw the ingredients in and just go.  I plan on trying some more recipes, I just grabbed stuff at the store and threw it in there.  I'm sure there are many recipes that have different benefits.  There are probably better-working, more expensive drink blenders out there but I think it works pretty well for the price. 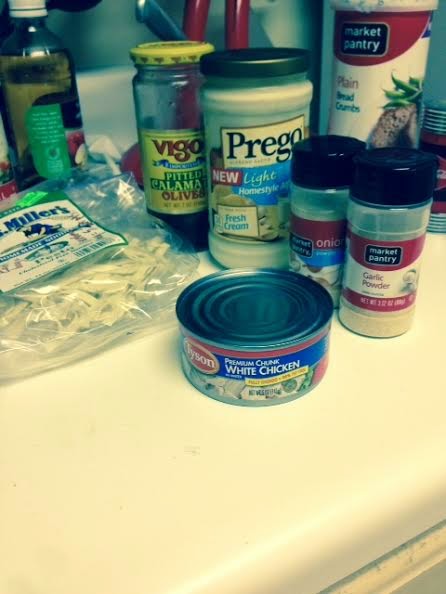 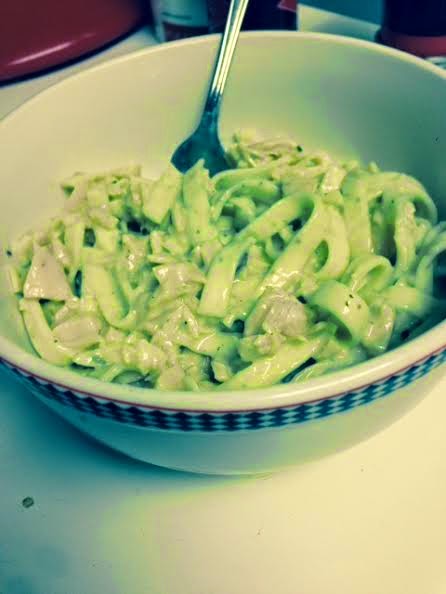 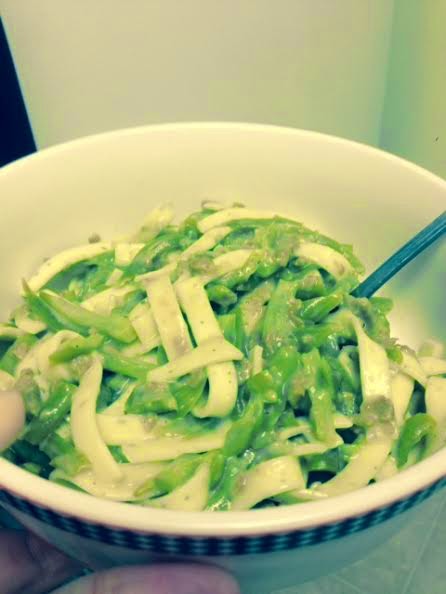 My mom and I drove to Kentucky last year for an Alabama game and stopped at an Amish grocery store on the way.  While we were there, I bought some pesto flavored noodles and I'm just now getting around to using them.  They are about 200 calories per serving. I fixed them up two different ways (both times using the light alfredo sauce you can pick up  at any major grocery store).  The first time I just mixed the sauce and pasta with chicken and olives.  The second time I mixed it with a can of green beans and Morning Star Crumbles.  Both times I added garlic, salt and pepper.  It was nice to eat a bowl of pasta without feeling too guilty about it. 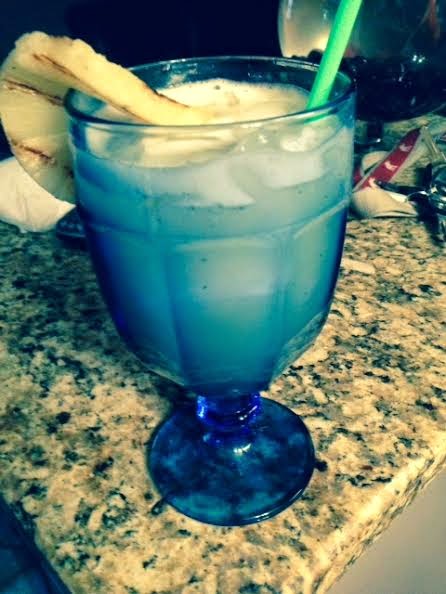 I made a special request to my mother for a fiesta night for our Sunday night dinners.   We made homemade crunch wrap supremes.  The version we made wasn't healthy but I think I may try to make a healthy version in the future.  I also made something called sopapilla cheesecake bars.  I actually did lighten this recipe up a bit by using light cream cheese, light butter and reduced fat crescent rolls.  It was delicious but a serving of the dessert was still around 350 calories.  I did want to share the drink I made though.  It's a grilled pineapple margarita.  My brother grilled the pineapple for me.  It's silver tequila, orange liqueur, lime juice, water, sugar and two slivers of the grilled pineapple blended together.  Pour it over ice and it's quite tasty.  It's around 270 calories so it's not great for you but you could use sweetener instead to cut some calories.  Overall, fiesta night was a success.  I have a straight up addiction to Mexican food which is pretty terrible as someone trying to be health conscious.  There's no game in Tuscaloosa this weekend. We are playing Tennessee in Knoxville on Saturday.  Maybe that will make it more feasible for me to have a perfect weekend.  Roll Tide as always, y'all!