Hey y'all! I am proud to announce that I lost 7.6 pounds and 2 inches on my first week of the Slow Carb diet! I realize that I won't get these numbers every week. I had eaten so much prior to my weigh in so my numbers were super high.  I now have 28.2 pounds to lose before my birthday in May in order to reach my goal. The first week was tough but not as bad as I expected.  One of my biggest challenges was following through with my self-inflicted ban on Diet Coke. I got pretty grumpy multiple times during the week. I ate a lot of food so that's not a problem.  My favorite treat every day was a tiny spoonful of peanut butter and a glass of wine before bed.  I will say I think the most difficult aspect of the diet is getting used to preparing every meal.  I especially found that difficult today because I work from 10:30 in the morning until 9:30 at night and I'm walking all over the place from point to point and it's hard to make slow-carb friendly recipes that I can take on the go.  My goal is to begin preparing meals on Sundays so I have something to take with me.  The problem is I don't always have access to a microwave and it's not always easy to keep things cold.  Today I procrastinated and had to buy lunch and dinner which stressed me out because I'm trying not to spend money.  I had Moe's for lunch which was yummy and slow carb friendly.  I had Panda Express for dinner which essentially amounted to a giant box full of broccoli that I paid nearly $8 for and that made me sad. It was my own fault though. I was lazy yesterday and didn't plan out the week like I should have.  Finally, I learned quickly that cheat day is going to be more fun if I don't put so much food in my body that I want to explode.  I've always overdone it in cheat situations but I wasn't thinking yesterday that my body hadn't had carbs in a week so my stomach couldn't handle all of the food I wanted yesterday.  So, I am going to have to plan cheat day more carefully because I was totally miserable last night after I had dinner.  All the food I had was delicious but as usual I went good far. 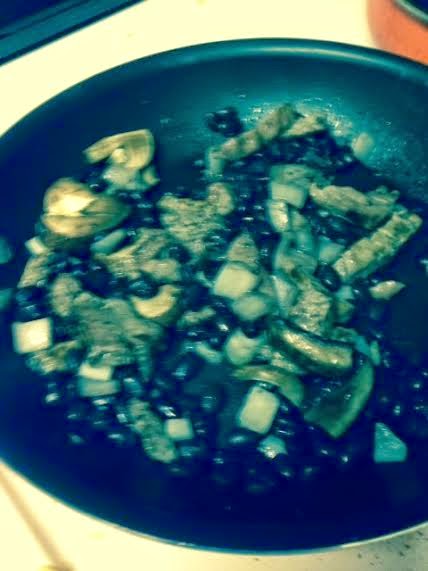 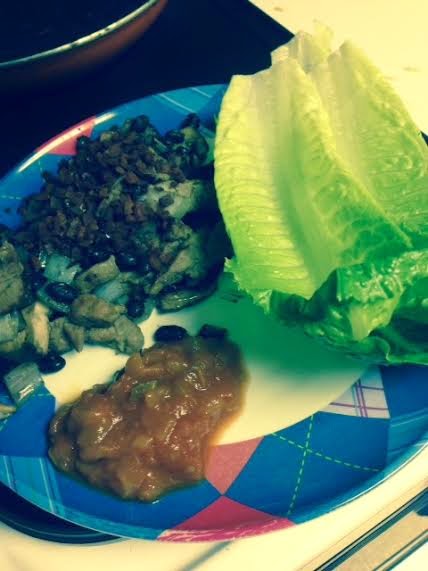 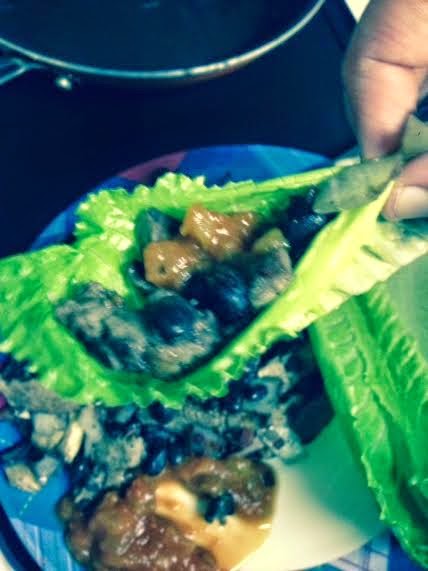 Ian likes pizza and different fast-food and non-fast food variations of Mexican food.  These two categories make up about 90% of the food that he eats on a daily basis.  I love these things to but they aren't exactly slow-carb friendly.  It was his birthday last week and his mom came to town to treat him on Monday (my first day on the diet).  He wanted Mellow Mushroom.  I'm not sure if he hates me or if the poor thing is just oblivious but I wasn't too happy about that choice.  I tried to tone down my dramatics though since it was HIS birthday.  They have a build your own salad option so despite the ridiculous, inflated price of the salad, it was a good option.  On his actual birthday he chose Mexican food. I can actually eat Mexican food but one of my favorite things in the world is chips with queso and that is most definitely not an option.  I got the fajitas minus any fun carb-y stuff.  The point to this rant was that we went to our new favorite Mexican place.  It's a small, hole in the wall in Cottondale called Chabely's.  They have a dish there that I'm obsessed with.  It's called Chabely's tacos and essentially it's just 3 steak tacos that have steak, grilled onions, bacon and melted cheese.  The steak is cooked perfectly and the bacon and cheese are amazing.  I tried to recreate that and made it slow-carb.  I bought the pre-packaged steak that is already in fajita strips and I sautéed it with turkey bacon bits, onions, mushrooms and black beans.  Once it was done, I used big Romaine leaves as taco shells.  Obviously, without cheese, this recipe never stands a chance if you compare it to the tacos at Chabely's but on its own it was quite tasty.  It took less than ten minutes to make.  It was filling and I thought it was delicious. 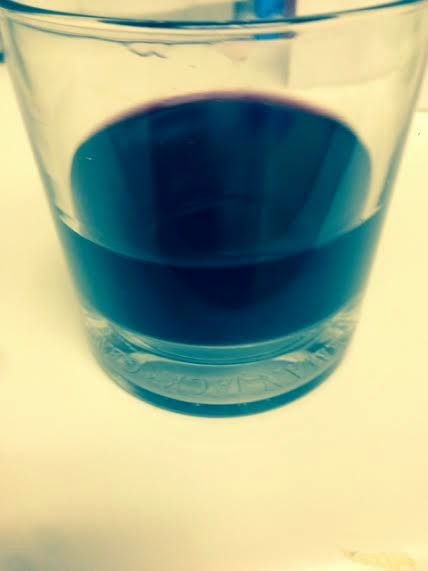 As I mentioned before, I have beeb having a glass of wine at night.  I was proud of myself because I didn't overdo it.  You are allowed one to two glasses a day and I only had two glasses one night.  I did perfectly my first week and I hope to continue that momentum. 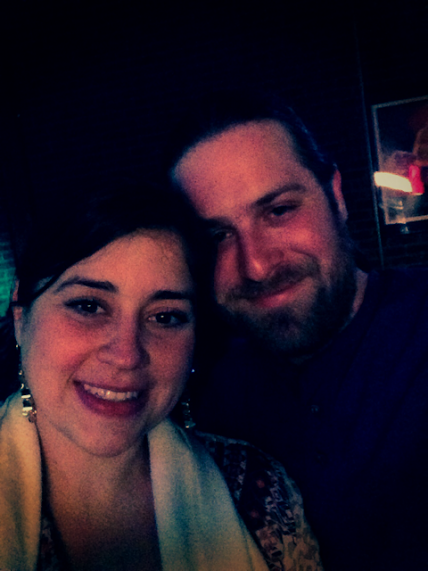 Speaking of Ian, I never gave him a birthday shout out.  It seems unlikely he will read this but in case he does, Happy Belated Birthday.  I hope it was a good one. Wish me luck this week y'all! It's my first full week of balancing school and the diet.  I'm heading to Nashville with my Dad and brother on Saturday for another celebration for my brother's 21st birthday.  We are going to see Linkin Park.  I'll be back next week with more recipes and hopefully more good weight loss news.