Head in the Clouds

Hey y'all.  I hope your Monday is treating you right so far.  I've become that annoying person who forgets what day it is during the summer.  I woke up thinking it was Saturday.  I've been so lazy the past couple weeks.  I have been exercising 5-6 days a week still but it's nothing like my normal regimen and I've been eating everything in sight.  I plan on getting back in the game on Thursday and then having a perfect week next week.  I am weighing on 5/30 to see what the damage of birthday month has done.  I'm ready to get back to business.  I'm going to start being more productive next week.  I have convinced myself that I have earned a little sloth time but that's over within the next couple days.  My clothes are tight, I have an extra chin and I'm lethargic all the time and I don't like it.  It's amazing what a couple weeks of yummy fattening food can do to someone.  Ian and I are headed to Atlanta this afternoon because we are making a trip to the Georgia Aquarium tomorrow to meet a penguin.  I'm so excited! 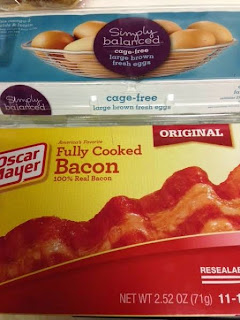 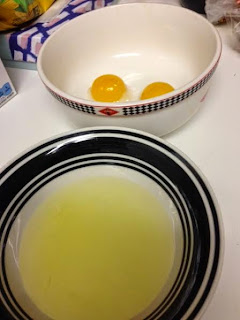 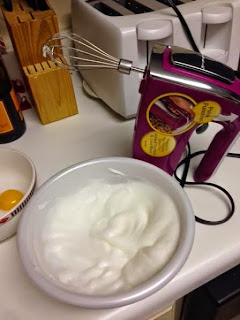 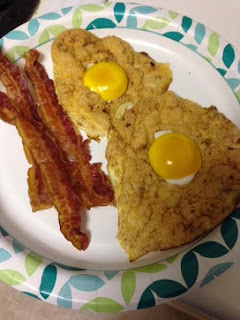 The only recipe I have to show you today is called "Eggs in the Clouds."  I saw these on Pinterest and found a recipe.  I usually shy away from anything that requires stiff peaks because I attempted to make an angel food cake one time from scratch and it was a disaster but I decided to give it another shot.  I eat a lot of eggs so I thought this would be a nice departure from my typical over medium style egg breakfast.  My only mistake was thinking that I could obtain stiff peaks by hand.  There were folks in my apartment that were sleeping so I tried to whisk them by hand and after several minutes of whisking to no avail, I gave up and got out the hand mixer.  Within less than a minute, I had the stiff peaks I was looking for.  At that point, you just pile up the egg whites on a cookie sheet (that is sprayed with Pam) and add the yolk you separated from the whites in the beginning to the center.  Before I added the whites to the pan, I folded in some pizza seasoning for flavor.  It didn't take long for it to brown and turn into the "Eggs in the Clouds." I wouldn't do this every morning because it adds about 10 minutes to your routine but it was nice for a change and tasted yummy.  I served it with bacon.  I would definitely recommend this recipe. 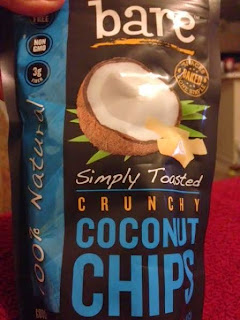 I wanted to share a new snack that I found.  These are dried coconut chips.  If you like coconut, you will love these.  They are just crunchy, thin pieces of coconut that have been toasted.  They are a nice balance of sweet and natural and the nutrition facts aren't too bad either.  Try and find these at your local grocery store (I got mine at Target) and you won't regret it! 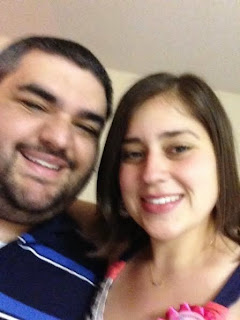 I had a wonderful birthday week.  Thanks to everyone who made it special.

I'm sure I will have details and pics from the penguin trip next week.