Hey y'all.  I'm back from the beautiful state of Colorado and even though I'm certain that I am heavier than I was before I left, I am feeling a bit more confident about the future.  As I sat at the Cheyenne Frontier Days, totally destroying a turkey leg, I knew that it was time to get back to business.  I decided to give myself a few weeks before I weigh again.  I put far too much stock in the number on the scale so I want to give myself a jump start.  I did pretty well this weekend when I got back and I am going full throttle this week.  I am going to Nashville over the weekend so I will have some loose rules then but my goal is to stop letting it all fall apart just because I leave the county or have a bad day.  I am in the search for motivation I once had but that doesn't mean I need to give up in the process.  I started a new running schedule for myself today and I plan on amping up the exercise.  As I have said many times before: one day at a time. 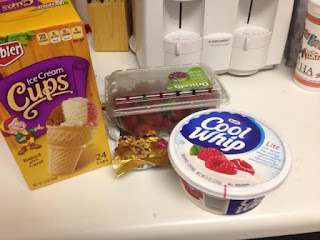 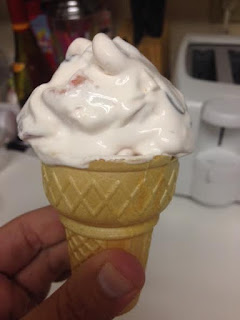 Since it's summer and it's disgustingly hot outside, I wanted to share a quick idea for a cool treat.  If you buy small sugar cones at the grocery store, you are getting a bargain on money and calories. You get a ton of these guys and depending on brand, you're looking at 20-30 calories a pop.  That is not bad.  You could put ice cream in there but to save even more calories, I mixed together some lite cool whip that I had in the freezer with some berries and a few chocolate chips.  The whole dessert was less than 150 calories.  If you only put Cool Whip in there you could keep it under 100. It's no substitute for a giant cone from Cold Stone but the little bites of chocolate keep you happy.  Also, it's super easy. 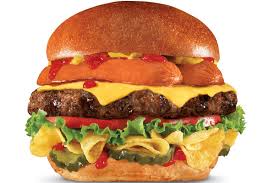 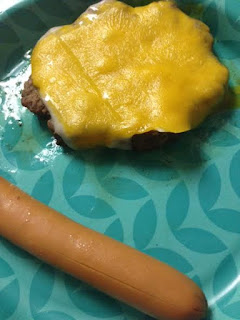 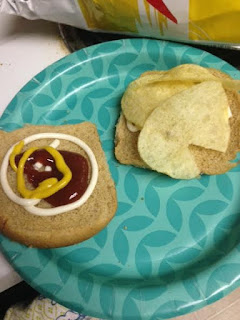 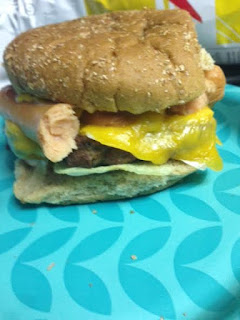 There are some people out there who are grossed out by Hardee's and all their crazy recipes.  Me, however, I like the looks of them.  I'm also intrigued by things like a hot dog stuffed crust on a pizza so maybe you shouldn't trust my taste buds.  When I saw the advertisement for the Hardee's American Thick Burger that is not only huge but topped with hot dogs and potato chips, I salivated.  I still haven't had one because even though I haven't been the greatest dieter lately, even I can't justify a burger that is 1,030 calories.  I decided to make my own version.  I took an all beef patty, one thin slice of swiss and one thin slice of cheddar, a few potato chips, ketchup, mustard, lite mayo and one 50 calorie turkey dog and piled it together on a whole wheat bun for the Heather Wyatt style American Thick Burger.  My burger saves you almost 500 calories and trust me when I tell you it was delicious.  Even if you're skeptical of turkey hot dogs, you'll be fine mixing it with the rest of the ingredients.  It was a lot of calories for my normal lunch amount but it was very filling and totally delicious.  Also, it totally clinched my thirst for the real thing at Hardee's.


I pasted a few of the Colorado pictures below. 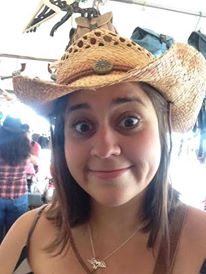 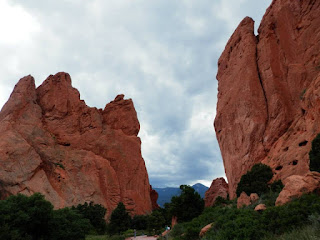 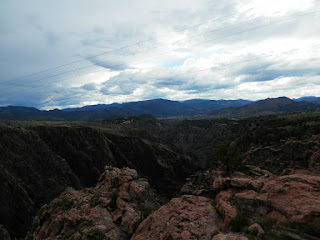 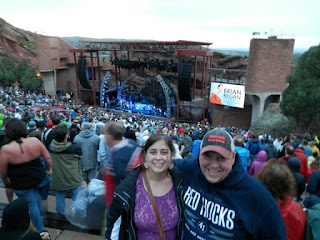 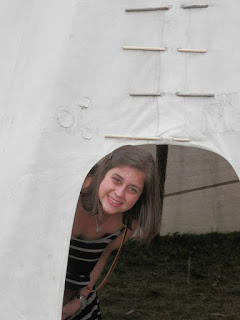 We had an amazing trip out west.  I want to extend a HUGE shout out to my Dad and my Mom for their generosity.  I could have never gone without them so as always, thanks for your help.  It was a blast.

Until next week...BYE!
Posted by Heather Wyatt