Hey y'all.  I'm super bummed about weight after the weekend.  I was punished for eating Mexican food the night before a weigh in both physically and mentally.  It showed I was up 2 pounds.  I had a couple weeks where I felt optimistic for the first time in awhile then I let it slip away again, only to spiral out of control over the weekend.  At least I'm consistent.  I have decided to do the best I can with the first half of the week, enjoy my Fall Break and Halloween and refocus.  I am not letting anything get me down this week as I have dubbed it the "best week ever."  I have to work pretty hard today and tomorrow but then it's smooth sailing starting Wednesday.  No class and limited grading.  I mean I can't really take a half a week off FOR REAL but doing less work this week is a much needed reprieve.  I am going to see Third Eye Blind at Iron City on Wednesday, I think I'm going to the fair to blow some money on Thursday and Halloween is Saturday! Halloween is by far my favorite holiday so even though I'm softer in the belly area and weigh more on the scale than I have in years, I'm pushing it to the back burner this week to have fun. 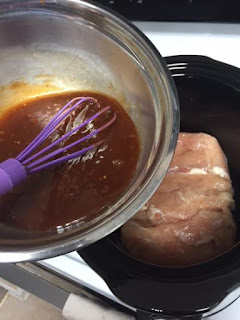 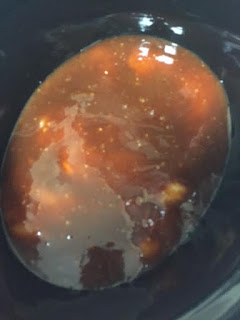 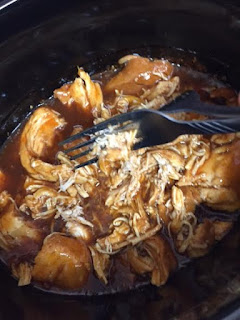 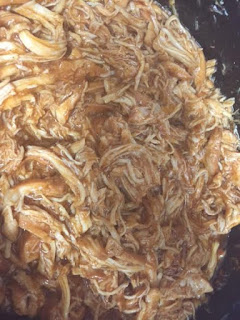 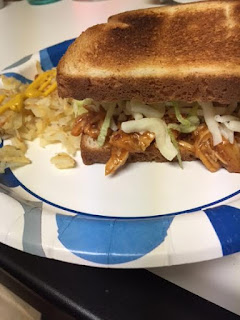 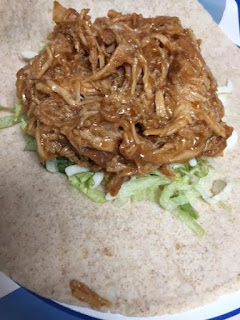 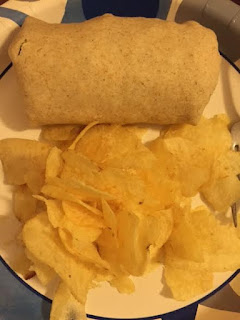 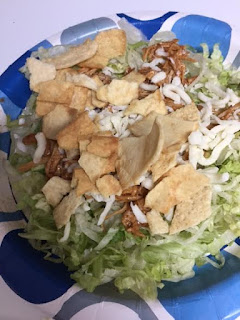 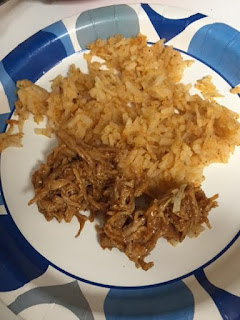 I have been wanting a crock pot for a long time now.  I finally got one and I made my first dish in it last week.  The morning of didn't go well as I dropped the metal base of the crockpot denting it then managed to get chicken juice all over the floor and my body but things started looking up once the recipe was in there and the lid was on.  All I did was place three large chicken breasts in the pot then covered it with a mixture of barbecue sauce, brown sugar, light Italian dressing, salt and W sauce.  Then, you put it on high and let it go for 3-4 hours.  Since the breasts were big, I let them stay in for about 3-1/2 hours.  I was skeptical at first.  I thought the chicken would turn out dry or burn at the bottom but despite my anxiousness, I let them sit in there the entire time without touching them.  When I  opened the pot, I was happy to see nothing looked like it had done array. I took two forks and started shredding.  Much to my delight, the meat started tearing apart immediately.  I didn't have to put hardly any pressure when running the fork through them and they shredded right up.  It didn't take long before I had a whole pot of pulled barbecue chicken.  I absolutely loved it.  Ian wasn't crazy about it.  I am someone who likes barbecue all across the spectrum.  I like vinegar barbecue sauce and I like it really sweet.  If you don't like sweet barbecue sauce, you won't like this recipe.  You could probably make some adjustments to make it less sweet.  Me on the other hand, I really like it.  I split it up into 8 servings which were about 240 calories per serving which isn't the best but I was able to eat 8 meals off of it and not break the calorie bank.  I had a sandwich, a burrito, a salad, I ate it by itself once and I even had it with shredded hash browns for breakfast one morning.  I will be going back to the crock pot a lot more because it's a great way to get a big pot of food to split up for the week. 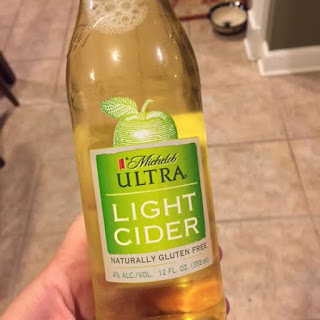 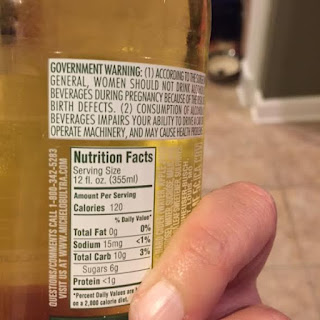 If there are any "real" beer drinkers out there, what I'm showing you now will make them cringe.  I am someone who loves craft beer but I am also someone who realizes how many calories come in one of those things and I have to find alternatives, otherwise my already fragile diet existence will be even more in danger.  I like apple juice but I find that most of the popular ciders are too sugary sweet.  While in Publix, I stumbled upon Michelob Ultra's new light apple cider.  They are 120 calories a piece and have a smooth, crisp taste.  You aren't going to earn any street cred drinking these.  In fact, I anticipate that if any of my people are out there reading this, the chances of me taking a little ribbing for drinking these are pretty strong but I don't care.  I like them because they aren't too strong but strong enough to unwind and they don't make you feel guilty.  Heck, even if I went crazy and had a 6 pack, it would be much better than letting loose on 5 or 6 craft beers.  Go ahead, try them at home.  I won't tell anyone.  Bama is off this week and I think we both need a break.  Until next time, y'all...Happy Halloween!