I got some eggsplainin' to do...

Happy Monday everyone! We are inching closer and closer to the holidays which means it's going to be more and more difficult to "be good."  As for me, as much as I love football, this season has been way harder than any holiday challenges I've had in the past.  I had a perfect week until Friday.  I weighed Friday morning and I was up over 2 pounds.  Even though I had eaten perfectly for 11 and a half straight days (but who's counting) I was up. I kind of expected it though because the week before I had some type of stomach virus or something that caused me to lose weight.  I figured it would balance out.  I had an unexpected trip to Nashville on Friday though and I won't even talk about my behavior Friday, Saturday and Sunday.  It was a hot mess.  I am back in business today and decided not to dwell on it because it never does any good. 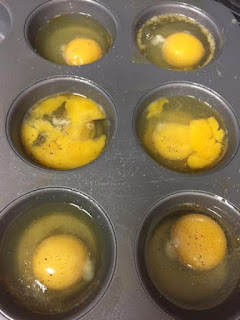 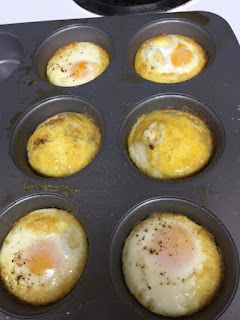 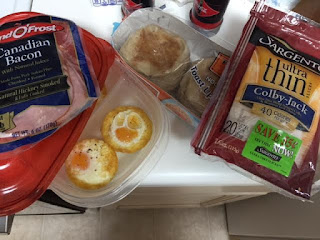 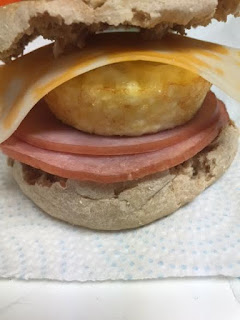 I am someone who ALWAYS eats breakfast.  I'm usually hungry as soon as I wake up so I rarely skip it.  I love an Egg White Delight from McDonald's.  Usually though I don't have time to stop and get one.  Well, I found a cheaper, better tasting, quick solution.  I have to give Pinterest credit for this one. All you do is take a muffin tin and spray it with non-stick spray.  The oven should be pre-heated to 350.  Crack an egg in each cup, pop it in the oven and about 15 minutes later, you get a round egg, ready for an English muffin.  I also added some salt and pepper before they went in.  I put them in a plastic container and saved them all week so I could throw together an egg, Canadian bacon and cheese breakfast sandwich on a light Enligh muffin.  It couldn't be easier.  It was also more filling than the McDonald's version, better tasting and of course cheaper.  I highly recommend it! 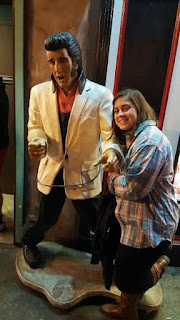 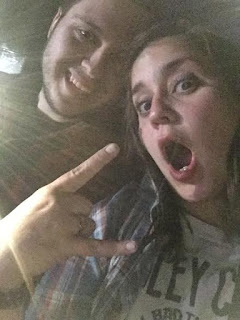 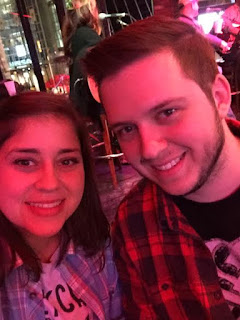 As I mentioned, I went to Nashville Friday night with my brother and a couple of his friends.  My Dad was supposed to go but was sick and in the hospital last week.  He's OK now but gave us a bit of a scare so he needed to rest.  I hate the circumstances that allowed me to go but I am glad I was able to because I had a great time with my brother.  We rarely get to hang out like that and the fact that it was Nashville made it even better.  It is also such a blessing to know we went to the concert without fear of terrorist attack.  I hope and pray for anyone around the world who has to live in fear.

We have one more home game in T-Town and then it's Iron Bowl time.

Have an awesome week everyone!