Hey y'all! It's the last week of January already which further proves that time seriously just escapes through your fingers without you even noticing.  I lost an average of 4-1/2 pounds last week.  Before you get too excited, let me just tell you that it was due LARGELY in part to a nasty case of either food poisoning or a stomach virus.  I am not 100% sure where that little demon came from but it had me feeling miserable for over 4 days.  So, the number on the scale looked nice but I am sure some balancing out will be done.  I just don't want to backslide from the week before.  I'm MOSTLY 100% at this point but I have felt a few aftershocks between last night and this morning. 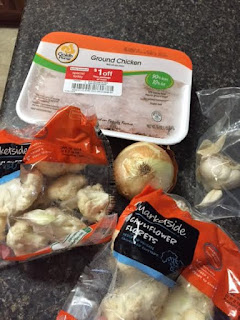 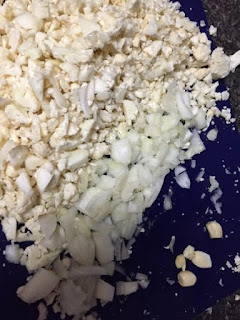 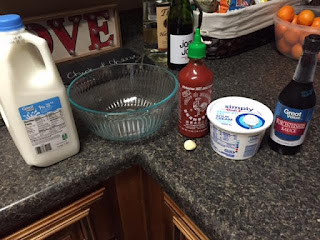 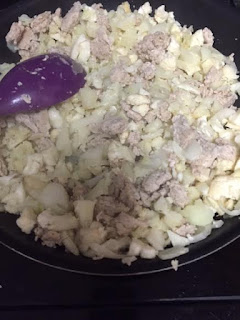 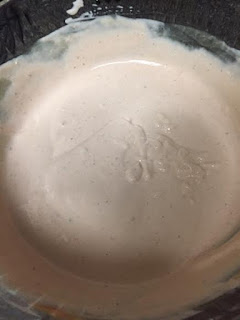 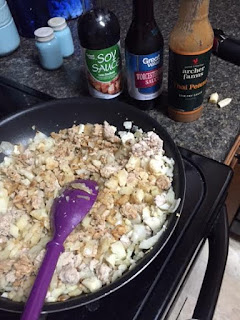 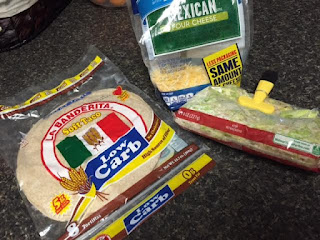 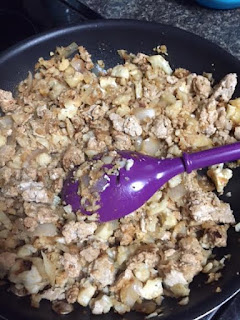 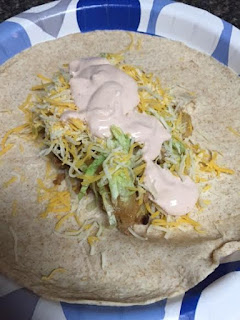 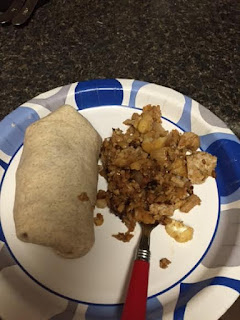 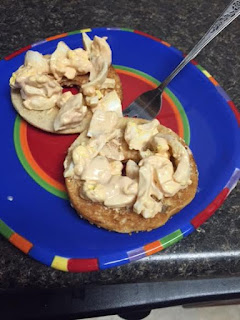 I have shared the whole cauliflower rice Asian chicken wrap thing before but I wanted to show it again because first, I used ground chicken this time, second, I want to reiterate that I'm a fan and finally, to show you that I made a different sauce to go with it.  I love the flavors of the peanut sauce and soy sauce but I like to have another creamier sauce to balance it out.  Since traditional Yum Yum sauce is kind of impossible when counting calories, I made a sauce using reduced fat sour cream, 1% milk to thin it out, W sauce, fresh garlic and Sriracha sauce.  I loved this stuff! The longer it sat, the better it tasted.  It added a little kick but the creaminess matched perfectly with the fried "rice."  It was only 24 calories per tablespoon.  I used it on other things as well.  I even made an egg salad with it and put it on an Everything Bagel Thin.  I know it doesn't look pretty but it tasted really good.  I would most definitely make it again.  I think I'll try my frozen hash browns with the Asian flavors next time because as much as I love the cauliflower rice it's kind of a pain in the you know what without a food processor.

Have a great week, y'all!
Posted by Heather Wyatt