Happy February y'all! I will jump right in by saying I was up just a bit from last week on the scale but I fully anticipated this as I was recovering from a nasty stomach bug.  To be honest, my stomach is still all haywire.  I'm not really sure what's wrong with me but I'm also not making many strides to solve the issue other than over the counter nurturing.  I was ravenous last week for some reason so I'm hoping to reel that in a bit for this week.  As an update, I decided not to do the half marathon this year.  I had high hopes but as my 9 mile run loomed last week I couldn't think of anything I would rather not do more than that long run.  Since I have run it before, my goal was to beat the time I had in 2013.  At this point, about 6 weeks from the race, my pace is almost 4 minutes slower than what I was running then so I don't think it's physically possible to shave off enough time to beat my time from 2013.  I am still going to run and walk 15 miles on foot each week but focus more on my food intake than training for a race.  Plus the race would have cost me $70 and right now, that feels like an investment. 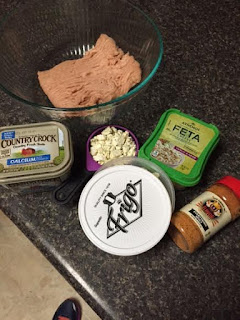 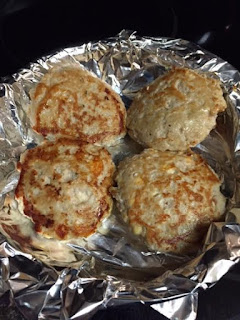 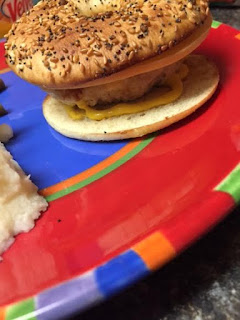 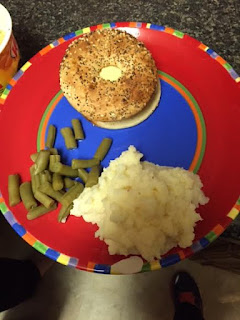 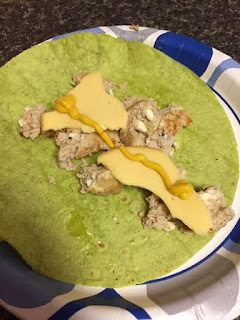 I think I have mentioned my love for the versatile meat that is ground chicken.  This week, I wanted to show you how delicious a chicken burger can be.  Because you will need to add a bit of fat to make sure the burger is chicken, I put a bit of margarine in the skillet and added some herb-y feta cheese and parmesan to the meat to make it moist and tasty.  I also threw in some Flavor God seasoning. I added smoked gouda to the top of the burger when it was done (low and slow in the skillet) and put it on an Everything Bagel Thin.  It was DELICIOUS! I made sure to snag the ingredients to make it again this month because all the flavors combined with the chicken and added to the bread with all the seeds made for a delicious burger.  I even made it into a wrap the next day with the leftovers which was also delicious. 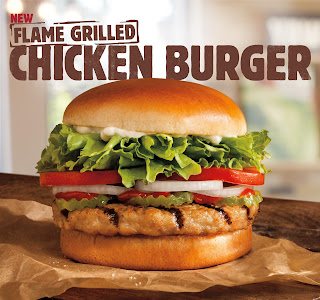 I wanted to give a warning about Burger King's Chicken Burger.  Some may argue that it's obvious to avoid a chicken burger from Burger King but I always try to eat fast food attempts at having more lean options so I gave it a try.  First, it looks nothing like the picture.  I got with cheese but without mayo, tomato and pickle.  It was old and flat.  The burger itself tasted so processed that it was barely edible.  I am not one who is too particular about processed foods but the flavor made it taste like a frozen patty that can be found on sale at Wal-Mart.  I most definitely do not recommend eating it.  Not only is it not good, you can get a regular burger from a place like Milo's for less the calories and it's delicious. As someone who loves fast food and is kind of an addict at times, I give this a huge thumbs down.  I hope you all have a great week! Safe travels to Nish and Eliott on their trip to Italy and a continued request for prayers for my friend David Earp who is still in the hospital.