You Win Some, You Lose Some

Happy Monday, y'all.  If you're like me, you stayed up a bit past your typical Sunday bed time to watch Peyton Manning and his Denver Broncos win the Super Bowl.  As usual, the temptation of yummy game day food was too much for me to handle.  Of course, I ate too much.  This past week was fairly successful in terms of cooking and attempting to eat right.  I made chili again and even used it for low fat chili dogs which was delicious.  I made a couple other recipes as well.  Like always though, my will power faltered on the weekend.  My weight was the same as last week give or take a couple ounces.  My goal is of course to lose some weight but my ultimate goal is to find the will power to stop binging on the weekends and to once again be happy with my body and who I am.  If I don't meet that goal, the weight won't come off.  I tried on a few pairs of jeans yesterday because the jeans I usually wear were in the laundry.  Not one of my jeans fit...that was super depressing but totally expected. Sigh. 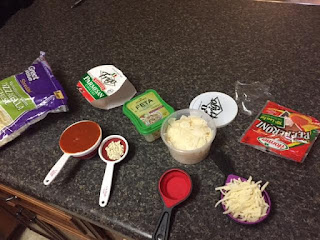 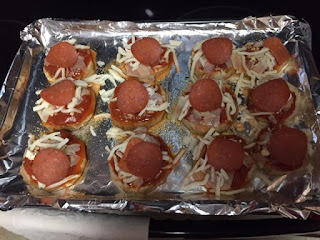 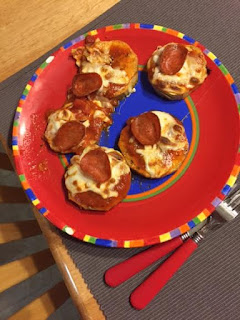 As I said, the week started off pretty good in terms of making healthier food.  I bought an eggplant for the first time (at least that I remember) and used it to make tiny pizzas.  I sliced the eggplant into circles, popped it in the oven with salt and pepper sprinkled on top for a few minutes before adding toppings.  The goal was to cook the eggplant as much as possible so the texture would be good.  I got it out of the oven, added some spaghetti sauce, low fat herbed feta cheese, low fat mozzarella and parmesan cheese. I also added a slice of turkey pepperoni to each one.  I put it under the broiler for a few minutes to get the cheese all bubbly and brown.  The top of the pizzas were delicious but I learned something about eggplant this week.  I learned that unless it's sliced very thin, battered and fried and smothered in cheese placed on top of pasta, that I don't like it.  I feel like that could have been a run on sentence but I don't care.  The texture was not good and it tasted a bit like pumpkin to me and I was not a fan of that flavor combined with pizza.  I championed on eating it as long as I could but decided that I didn't like it all.  I ate the tops off of them and called it a day which probably defeated the purpose. 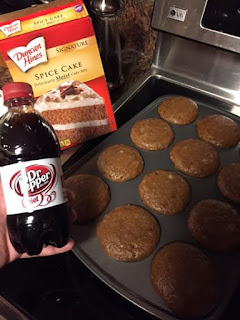 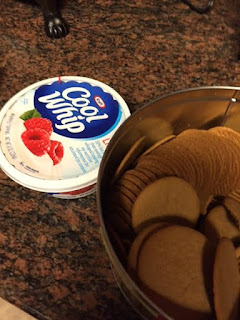 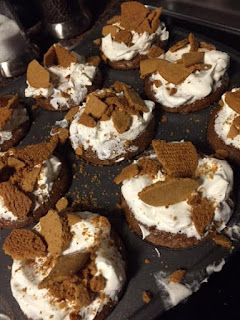 One thing that I considered a success this week was a different version of my Diet Coke cake.  I made cupcakes by combining a box of spice cake with a bottle of diet Dr. Pepper.  The best part about these was that I decided to top them with Lite Cool Whip and one crushed up ginger snap from World Market.  The total calorie count for these was 190 calories per cupcake.  They were huge so I felt like I got a lot for 190 calories, especially for cake.  The one thing that I would do differently is that I wouldn't put the topping on all of them at once, I would add it to each one as I wanted to eat it because the ginger snaps got a little soggy. Other than that, they were moist and delicious.  There was a slight diet-y aftertaste but a win for the most part. 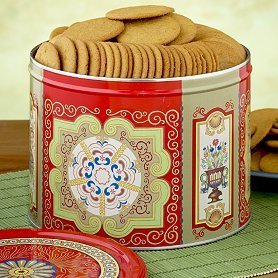 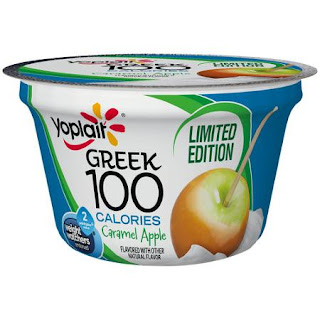 As you may have guessed from my last recipe, I'm in the mood to get rid of the ginger snaps I bought from World Market before Christmas.  I love them but you get a huge tin of them so I'm trying to find ways to get them out of my house before they go bad.  One thing I have taken to doing is to mix them with yogurt.  They are only 20 calories a piece so adding a crushed up snap to your yogurt gives it a nice crunch. I'm not a huge fan of yogurt but when you add a bit of texture, I like it a lot better.  I've been enjoying the new caramel apple flavor and it pairs nicely with the ginger snaps.

Happy early Valentine's Day to everyone out there!

Have a good week!