Hey y'all! I hope you are all having a tolerable Monday.  I wanted to begin the post by asking for good vibes/prayers for my friend David Earp.  He has been moved to hospice care.  I am hoping for him to have peace.  He is one of those people who loves to take care of folks...welcome them in.  Everyone loves him to pieces and I am just hoping for the best.  Cheers to you David!  It seems silly to now switch to whining about  my weight and giving you a pork chop recipe but I'm going to try.  I was actually down a couple ounces when I weighed this week.  I was impressed with this mostly because last week I really focused more on eating when I was hungry and stopping when I was full and less on calorie counting.  It was a bit terrifying but also liberating.  I ate a couple of naughty things but I didn't binge and I ate healthy most of the time.  Once again though, I struggled on the weekend.  I really only ate too much last night and I felt sick.  I'm going to try this again this week.  I want to be normal and as unlikely as it is for ME to ever be NORMAL, I'm not going to stop trying. 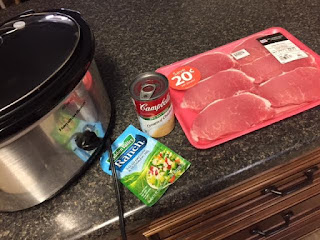 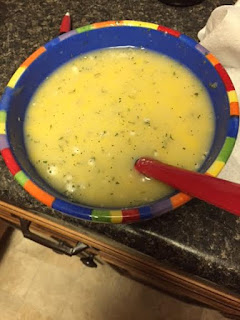 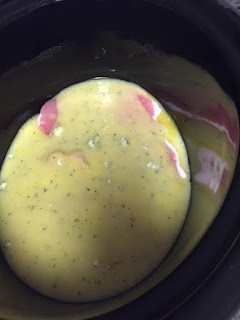 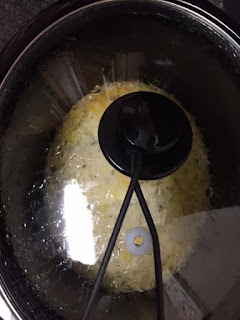 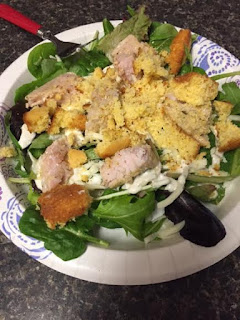 I made pork chops two ways last week so we could have leftovers.  The first way was in the crock pot.  I got this recipe from Pinterest.  You mix together a can of cream of chicken soup and ranch dressing mix.  Pour half the mixture into the crockpot, add the pork chops, top them with the rest of the mixture and cook them on low for about 4 hours.  This isn't a "clean" (nor is it pretty) recipe but it's really easy.  I am such a fan of crock pot dinners that require little effort.  The soup and the ranch didn't provide as much flavor as I would have liked but the pork chops were SUPER moist and tender. My favorite part was that I used it chopped in a salad with cheese and leftover cornbread that I made and THAT WAS DELICIOUS. 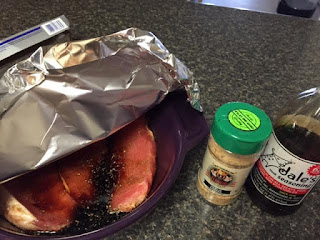 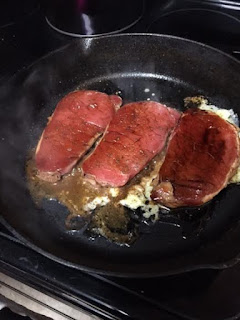 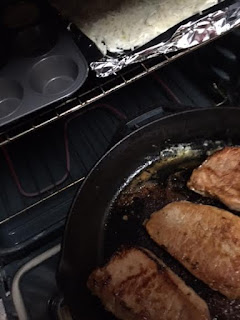 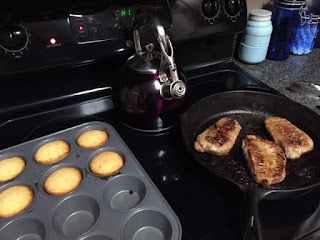 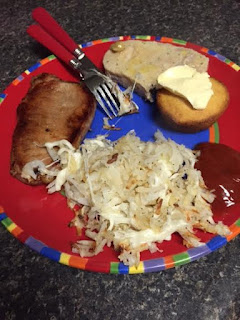 The other way I made the pork chops was by marinating them in Dale's (Ian is obsessed with this marinade) and spices and then cooking them in the cast iron skillet.  I put a bit of oil in the pan, got it really hot and seared them on each side then I popped them in the oven to finish them.  These weren't quite as tender and because pork is already salty and I marinated them in Dale's, I thought they were a bit too salty.  I enjoyed them still though and Ian LOVED this version.  I served everything with baked hash browns and corn bread.

I hope everyone has a great week.
Posted by Heather Wyatt