I'll Have Pizza With My Chicken

Hey y'all.  Happy Leap Day! I will jump right in.  I didn't weigh last week.  I lost a very good friend and I have said what I needed to say about that I think and now I am just left with missing him.  I didn't respond well to the grief and ate everything in sight.  I'm trying to get back to normal.  I'm cleansing with water and my goal is to not drink or go crazy with food.  I'm taking it easy on myself this week but also trying to stay in line. Last night was a fun night with my friend Jordan as we watched the Oscars and Leo FINALLY won an Oscar. I was happy for him and I always enjoy hanging with Jordan and watching the Academy Awards. I thought the show was a little boring this year but Lady Gaga was amazing, I was happy for Leo and there were a couple other interesting moments. 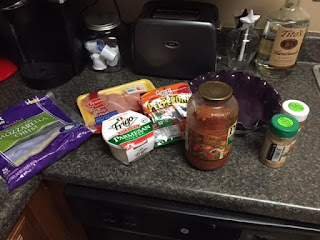 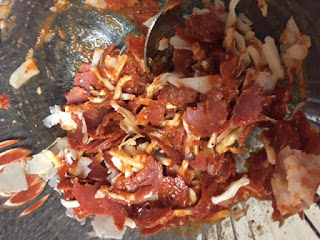 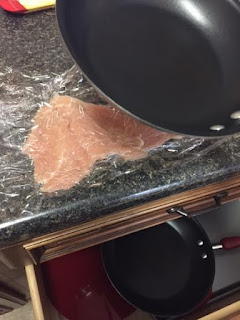 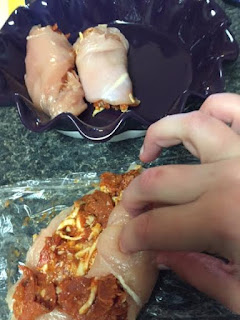 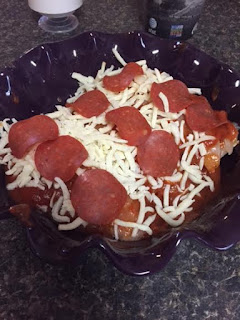 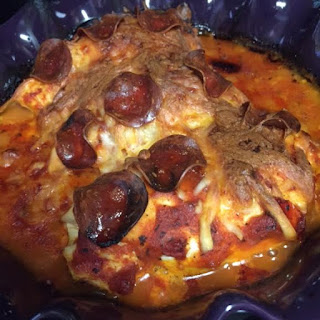 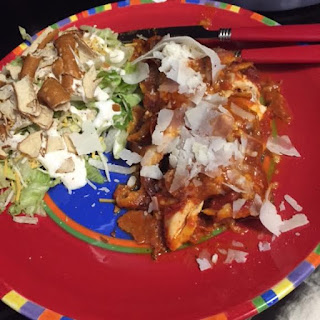 A couple weeks ago, I made Pizza Stuffed Chicken.  Usually, if a recipe contains more than one or two steps, I skip it.  I have seen a lot of recipes for stuffed chicken but I've never done it because I'm lazy.  I saw the recipe for Pizza Stuffed Chicken and thought I'd give it a try.  The original recipe calls for full fat ingredients but I lightened it up a bit.  I took the chicken breasts, butterflied them by cutting them in half. I didn't go all the way through the chicken and I was able to split them open like a book.  After that, I pounded them with a skillet to thin them about a bit.  This was fun.  I made a mixture of turkey pepperoni (which I highly recommend as a tasty alternative to regular, fatty pepperoni), lower fat mozzarella cheese, garlic and spices and spaghetti sauce.  I used the kind in a jar but you can get fancier if you want.  I placed the mixture on the flattened chicken, rolled it up and threw it in a dish that I sprayed with Pam.  The recipe called for oil on the bottom but it didn't need it.  I covered the chicken in marinara, light cheese and topped it with a few more pepperonis.  I popped it in the oven for around 45 minutes and even though the cheese got burned and it's not that pretty, it was delicious! The chicken was so tender and the pizza flavor added a nice touch. I served it with a side salad.  It wasn't so bad stuffing chicken and I may actually do it again. 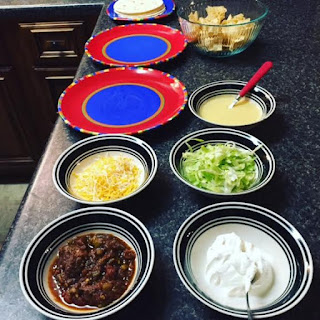 I have to brag on Ian.  He doesn't cook much and in fact, he hadn't really cooked for me since we had been together.  Since the past couple weeks have been insane, I asked him to help me to cook dinner while I worked out.  He looked scared at first but it was taco night.  I told him all he had to do was cook and season the meat. When I got home, he had done a perfect job.  Honestly, he broke up the meet even better than I do.  He even went so far as to create a little assembly line because he wanted it to be "cute" for me.  He is pretty much in charge of taco night.  I knew he could do it.

Just as an aside, I can't WAIT FOR SPRING BREAK!