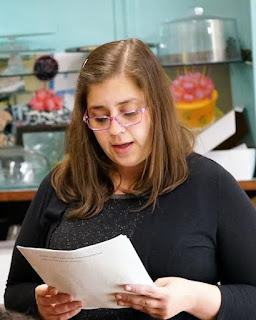 Hello everyone! I did a poetry reading on Thursday of last week.  Even though it was a small venue, I was nervous. I hadn't done one of those in awhile but it went well.  Shout out to my mom, dad, brother and Ian for sitting through a reading just to support me. It meant a lot.  Thanks for the support I received from afar as well. It's nice to feel the love.  I didn't weigh this week.  In fact, I think I have decided not to weigh again until 3/26 to escape the negativity of the scale and work on treating my body as well as I can and not beat myself up when I don't.  As we all know, it's a never-ending project. 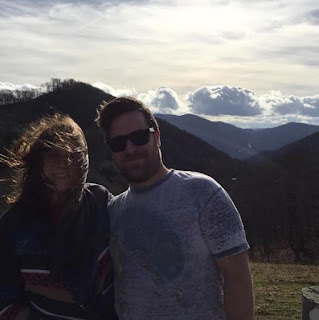 I also wanted to give Ian an anniversary shout out.  Sometimes it seems a bit silly to focus on the date we became "Facebook official," especially since I met him five months prior to that but it's the way of the world now.  Also, it's nice just to give him a shout out because he really is the best. 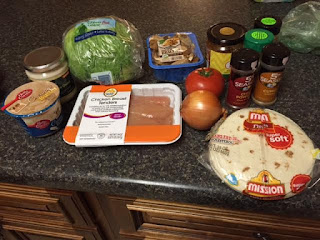 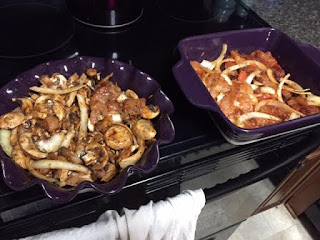 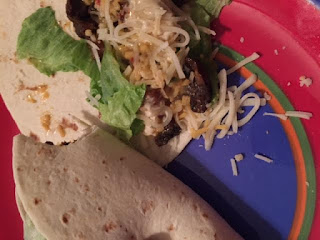 Last week, I made baked fajitas and they were delicious! Fajitas tend to take a lot of oil and they generally involve standing over a stove.  I just added about a teaspoon of olive oil to each pan I made and it was plenty.  I used chicken tenders that I cut into bite size pieces and in my pan I had mushrooms, chicken and onions and in Ian's pan we replaced the mushrooms with tomatoes.  Adding spices are key so I used a tiny bit of cumin and chili powder but the best addition was smoked paprika.  It kind of replaced the smoky taste that fajitas have because they come sizzling on a skillet.  I really enjoyed these.  They were easy and made for great leftovers. By the way, the instant mashed potatoes made the ingredient picture because the recipe called for a little corn starch and I didn't have any.  I also didn't have flour so I read that you could use a little instant mashed potato flakes as a thickener in recipes.  Thought it was a handy tip. 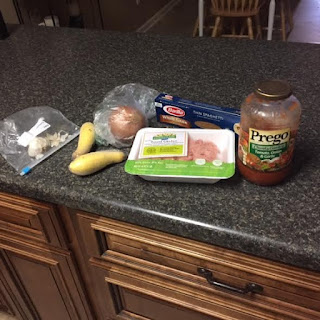 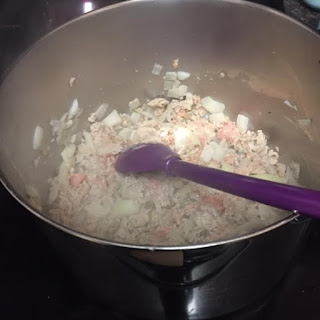 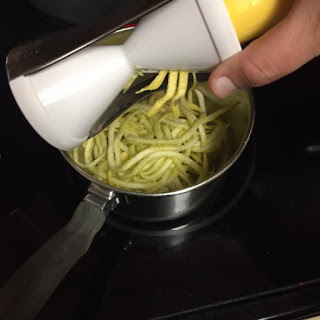 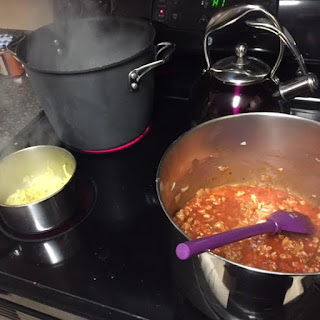 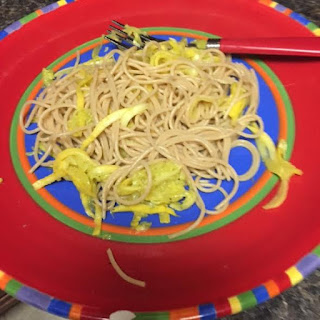 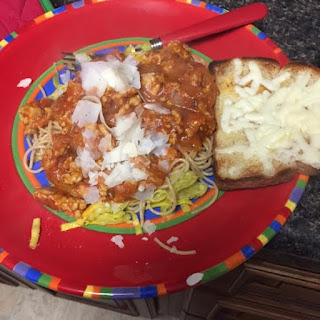 Another thing I did last week that was such a hit with Ian we are doing it again, is making quick spaghetti with ground chicken and jazzed up sauce.  I've done it before but this time, I mixed my fake squash noodles with pasta.  The combo means that you eat less pasta but you also get your desire to have a little pasta.  I add onion and spices to the sauce and it turns out great.  I recommend anyone trying to avoid pasta to get a tool so they can have squash or zucchini noodles.  You can eat only those or mix in a bit of pasta.  If you're only eating squash and if you are making it for many people, you will want to have a lot because it cooks down a good bit.

Spring Break is just around the corner for me but it means I have to work like CRAZY this week to get a few days off.