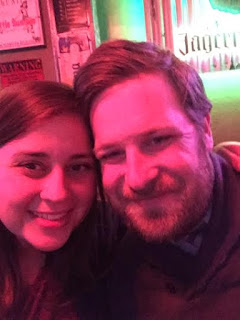 Hi Everyone! My spring break wasn't exactly restful as I graded the first half of the week, traveled to Nashville, (Ian and I had a great time) partied a bit too much and then yesterday, I cleaned the entire house.  The good news is, school tends to wind down pretty quickly after spring break so I have one more big round of papers and it will be summer before I know it.  I haven't weighed in a while but I am going to weigh on Saturday to see where I'm at.  I knew last week would be an indulgence so I'm going to try and stay on the straight and narrow this week to give myself a head start for the weigh in that I'm dreading. 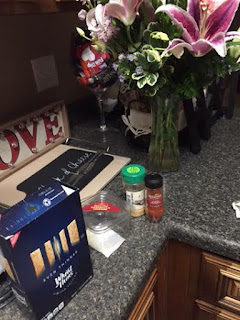 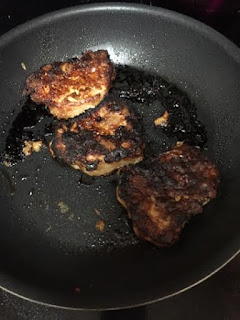 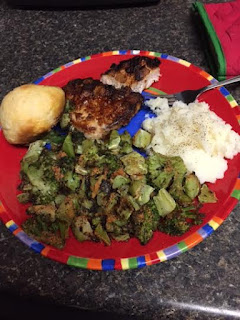 This week, I wanted to share a quick pork chop dinner I made.  I combined parmesan cheese, crushed up wheat thins, spices (including smoked paprika which I love) and used that to coat pork chops that I seared in a skillet then finished baking in the oven.  I conveniently took pictures of the spices/crackers in front of the lovely bouquet of flowers Ian gave me for our anniversary.  The recipe was simple and the pork chops had a lot of flavor.  I have noticed in the past year that I have strayed away from eating as many vegetables that I used to.  In an effort to change that, I have made sure to serve something green with my last several meals.  It's important to eat vegetables.  It's not just because they are healthy.  Veggies are low in calories so if you're really hungry, you can pile them on your plate which takes up room in your belly.  The goal is to fill up more on those so you can just be satisfied with a little bit of the other stuff. 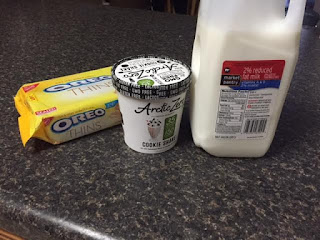 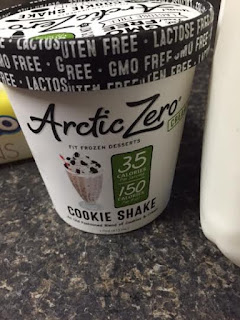 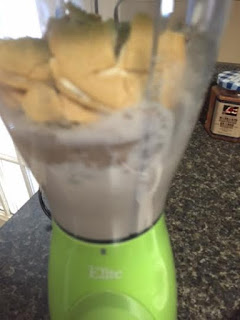 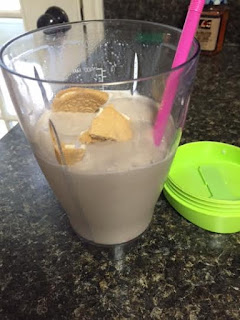 So, I heard about this stuff, Arctic Zero.  It's an ice cream with no lactose, no sugar and it's made with some type of weird fruit.  I was told it was delicious.  Some people are used to healthier foods but for me, ice cream is something that I cherish. I tried it because you can eat the entire pint for 150 calories.  I found that it had a really strong "diet taste."  Hopefully you know what I mean.  I felt like I was eating splenda by the spoonful.  It comes in different flavors but "Cookie Shake" is the only one I've tried and you can definitely tell there was no sugar or lactose. So, what did I do? I added lactose and sugar.  I decided to make a milkshake by adding some low fat milk and a few Oreo thins.  Sure, it wasn't as low calorie as it could have been but it made a nice big milk shake and tasted delicious.  You can buy Arctic Zero at Publix.  Eating it alone wasn't for me but it's worth a shot to try.