Cheeseburger in a Bowl

Each year I wait anxiously for Halloween, planning every detail of my costume and I look forward to being with friends and having a good time. This year was no different but Halloween happened to come on a Monday at the end of an insane weekend that was filled to the brim with wedding activities. I had fun on Halloween but it wasn't quite met with the same fervor as usual. I was tired and parts of my costume weren't thought out well enough. Ian, however was a huge hit. He was the white swan and I was the black swan (though my costume was mediocre). Either way, it's been a crazy, long several days and I was glad to stay in last night. My 5:30 alarm seemed just plain cruel this morning, especially since I was having trouble sleeping last night for some reason. I opted not to weigh this morning. I feel positive about the next few days because I'm actually looking forward to detoxing and getting my diet back to normal so I didn't want to ruin that vibe by getting on the scale. To be honest, I don't feel like I gained too much but sometimes, it's better not to let a number dictate your mood and or your actions. I've had a number on the scale totally make me spiral and when that happens, I make bad decisions. I will play it week by week but as for this morning, I looked at the scale and said, "Nah, no thanks." 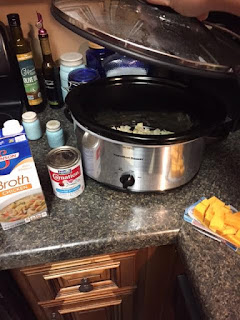 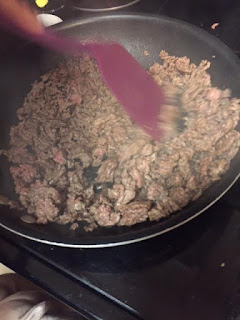 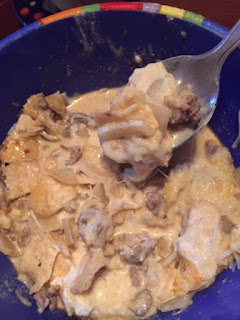 Even though it's still hot in Alabama, I've determined that I'm going to will fall into existence by making "fall" foods. Monday night, before we went out, I made a Weight Watchers Cheeseburger Soup. It's something easy, tasty and filling. It's also nice because I was able to just toss it in a container and I brought it for lunch today. Most cheesy soups have a lot of fat and calories. With this recipe, they combine broth and a bit of flour with not as much cheese as you'd normally see in a cheesy soup and the flour helps thicken it up and make it creamy. That wasn't the best sentence structure but hopefully you see what I'm saying. So, sauté onions and garlic in a skillet that has been sprayed with non-stick spray. When the veggies are soft, put them in a crock pot. Then, in the same skillet, add one pound of lean ground beef. Brown it completely. Drain excess fat. Dump it in the crockpot. In the skillet, combine 2 tablespoons of flour and half a cup of chicken broth. Get the lumps out as best you can then bring it to a simmer. Add that to a crockpot, then add 2-1/2 cups additional broth and a can of low fat evaporated milk (which also helps make it creamy) to the crockpot and finally, season the whole pot with salt, pepper and paprika. Stir it all up and let it sit on low for a couple hours (I took it out a little early and it was fine). It was cheesy and had nice flavor. I crank up the soup recipes in the fall so you may see some more. 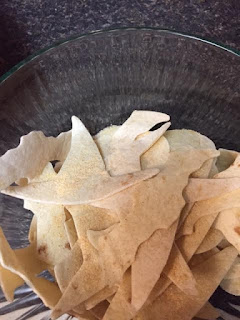 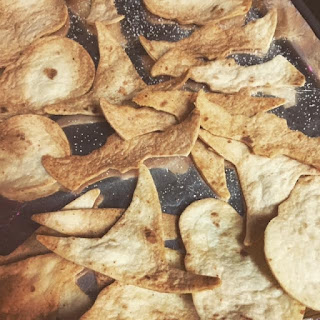 In addition to the soup, I also brought a few snacks to the Halloween celebration. One of those snacks included homemade tortilla chips. I took Halloween cookie cutters that I got on sale from Michael's for about a quarter a piece. I bought large flour tortillas and cut out tiny bats, skulls and witch hats. I tossed the pieces in a couple tablespoons of olive oil, salt, pepper and garlic powder. I spread them out in one layer on a cookie sheet and baked them until they were crisp like chips. With tortilla chips, it's hard because they are good baked but they still need oil so I wouldn't exactly call it a healthy alternative but they were tasty and cute all the same. 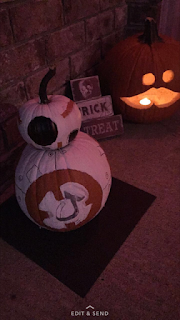 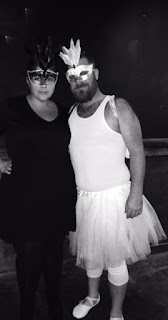 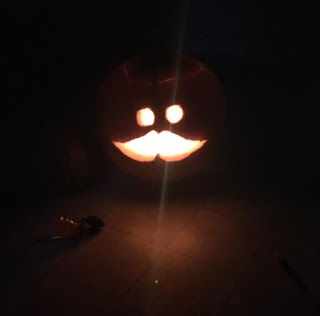 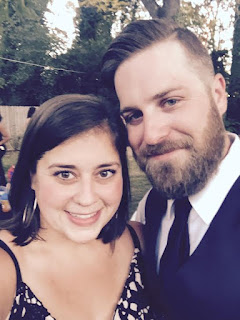 Have a great week y'all!