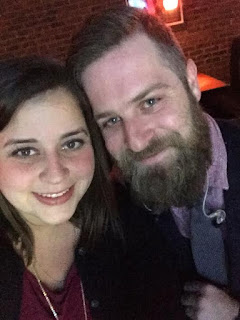 Hey y'all! It's my first day of school so I kind of cheated today and didn't really make a "recipe" exactly but I have a random smattering of food that has been in my life the past week. Alabama lost and I'm sure I will walk into the classroom today and see a sea of sad faces as Alabama doesn't lose much and students are rarely excited about the first day of school. I haven't weighed in several weeks so on Friday, I will see what the scale says and then make a small goal for myself. Things are going well in the diet world so far this week so I hope to keep up the momentum and detox from the holidays and Ian's 30th birthday, which I think he enjoyed. 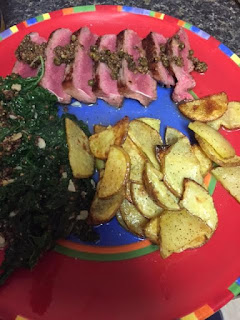 First, I wanted to share the last Blue Apron meal from the batch we had at the beginning of the month. Y'all I don't mind a few pieces of kale in a soup but I just can't find a way to enjoy eating it. Maybe it's me but when I make it as a side, it's chewy. It's not so much the taste but the fact that I chew until my teeth hurt and the stuff doesn't break down. The other part of the meal was good. Oven baked chips and steak that was covered with a mustard, peppercorn sauce. All of that was super tasty. I think we are getting one in a few weeks so if we do, I will share what we have. 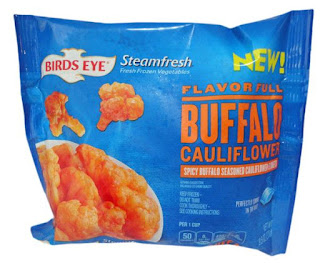 I also wanted to give out a big warning in regards to frozen "buffalo" flavored cauliflower. I could have guessed that it wasn't going to be good but now I can confirm it. I think you're much better off making a buffalo cauliflower recipe at home. This stuff was basically inedible and tasted a little like vomit. BIG THUMBS DOWN. 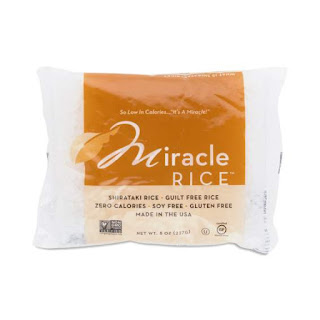 I have a thumb ALMOST up for miracle "rice." I've done a lot of bashing Shirtaki "miracle" noodles. It's definitely a texture thing. I have to say though that the rice isn't awful. These little gelatinous balls have to be soaked in cold water, then get a bath in boiling water a couple minutes and THEN finished off in a dry skillet before they get rid of their stank but I made a burrito bowl with them last night and with all of the flavors, it wasn't so bad. I think I would still prefer cauliflower rice but I had them in the pantry and with the whole bag being zero calories, it worked pretty well in the burrito bowl. 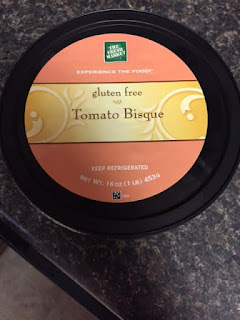 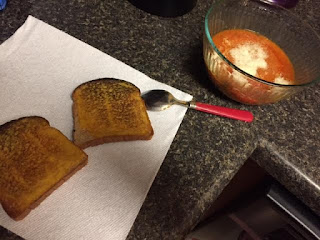 Finally, I find myself singing the praises of Fresh Market again. And, PSA, I'm going Saturday so I can get steak, Wild Alaskan Cod, Tuna Steaks, Bone-In Pork Chops and oranges on sale and pretty excited about it. Last time I was there, I picked up some of their soup. Soup isn't always ideal because of the high sodium counts but it's great for when I need a quick lunch. I ate the whole thing (even though calorie counters should beware, there's two servings in a cup), added exactly 4 teaspoons of grated parmesan (because that's where I'm at right now) and served it with a side of low cal toast with two pieces of thinly sliced cheese that I broiled on top. My belly is full and all of that was 468 calories. I also bought their chicken noodle that I'm looking forward to trying. 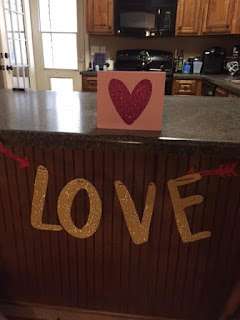 I did a little decorating for Valentine's Day so my house is decorated with more cheesy hearts than usual. Tis the season.

Have a great week everyone!