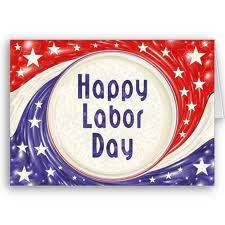 I am SO excited about the 3 DAY WEEKEND!!! WOOHOO!!! I hope everyone has a fun filled labor day and I hope that none of you have to work on Monday! I think everyone deserves a 3 day weekend once in awhile...if you don’t get to enjoy the 3 day weekend, I’m sorry! I don’t really have anything to say that will make it better. I plan on doing NOTHING on Monday and I am very pleased about that. I am going to watch as much TV as I possibly can. So, next week we are having a birthday party at work on Wednesday and then a team building event on Thursday. I have to be at both and there will be ridiculously fattening foods both days. It’s been awhile since I participated in any of the food events at work so I don’t want to be a party pooper. On the other hand, I don’t want to cheat because I am going to Savannah at the end of the month and I KNOW there will be some weight gain on that weekend. I am also VERY close to 75 pounds down and I am super excited about that goal because it means I can change my picture on here AND I mean...75 pounds...that’s quite an accomplishment. As of last Saturday, I was down 72.8. I’m not great at math but I think that means I have 2.2 pounds to go. I have been good all week so that should help. I have worked out a compromise with myself. I will weigh tomorrow and see where I’m at. I’m sure I will still have a little ways to go. I will weigh Wednesday morning and if I’m at 75, I will treat myself a little on Wednesday and Thursday...if I’m not down 75 Wednesday, then I won’t eat all the good food and I will try again Thursday morning and if I’m down 75, I will eat Thursday and if not, I will be good. I think that’s a good compromise. I just don’t want to screw anything up...I’ve got great momentum and the holidays are closer than you think and that always screws things up.

There is also another diet buster going down the next few months but it is one that I am VERY excited about! 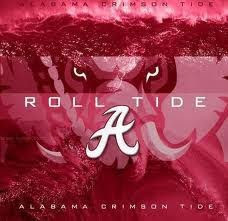 That’s right! Football season is finally here and Alabama kicks off tomorrow against San Jose State! You know, my Dad raised me as an Alabama fan so I’ve always loved going to and watching games...it’s always been something me and my Dad could do together. When I was in high school and college though, I was on the debate team so I was gone a lot of Saturdays AND Alabama had some rough patches during those years with probations and bad coaching. We stayed true fans and it still broke our hearts to lose but I have to be honest...winning every game...is pretty awesome. I’ve always been a fan but there is nothing quite like the feeling of being number 1 so it made the last two years (minus the 2008 season SEC Championship and Sugar Bowl incidents I won’t discuss here) really, really fun. It was especially awesome to actually be there when Bama won their 13th national title. I’m not sure, but I think we will definitely be in the running again this year so it should be a very exciting season.

Other than the awesome weekend I have in the works, I don’t have too much else going on. I am going to try and be as good as possible on game days even though it is NOT easy. I am very familiar with all of the food challenges that happen in the fall so I expect the weight loss to slow but NOT falter...I will need lots of support...lol...it’s kind of sad.

Ok-I think that’s all for the day. I had dinner with my friend Stacey last night and then I went home and watched my Netflix movie which was Passion of the Christ. I had never seen it before (I know, I’m always several years late on movies). I have to say, it was a little heavy for a Thursday night. I knew it was going to be bad but I didn’t know that it would be THAT bad. I did what I like to refer to as the “Green Mile” cry. That type of cry originated with the movie The Green Mile (obviously)...it’s that heaving, snotty cry. It sort of just hit me like a ton of bricks. I think my main take away from the movie that was no matter what your religious beliefs are, according to what is written (take it however you wish), Jesus was a person who wanted people to love others, even their enemies and he was beaten and murdered without a trial. So, I think my main feeling was that as humans, we should all implement those ideals (of love and peace that he spoke) into our own lives the best we can. I know it’s hard...I have not done well and it hasn’t even been 24 hours but I think a little effort goes a long way!

I know that I’ve said I’m done like 3 times and that was a TOTAL shift in topic but I really am finished now. I hope everyone has a great weekend! Roll Tide!

“Like two sparrows in a hurricane
Trying to find their way
With a head full of dreams
And faith that can move anything
They've heard it's all uphill
But all they know is how they feel
The world says they'll never make it, love says they will.” Two Sparrows in a Hurricane-Tanya Tucker
Posted by Heather Wyatt