It’s Friday again! I hope you are having a great week and day! I will keep it short today because I have a pretty busy schedule. I have two Christmas parties today…one this afternoon and one tonight. I trust that everyone is making the finishing touches on their Christmas Shopping? I’m actually completely done shopping but I have two major gift projects that I HAVE to get done this weekend. I am locking myself in my apartment until they are finished. I say all this knowing that I will probably still not be finished by Monday because I’m sure I will find some way to procrastinate.

The main thing I wanted to share with you today was that I finished Couch to 5K last night! 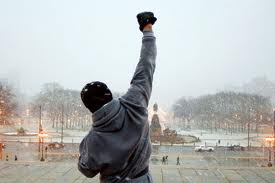 It feels awesome to accomplish another goal. I like this new me where I set a goal and actually follow through with it. I set goals all the time that I don’t complete but for some reason the past two exercise goals I’ve had, I knocked out of the part. I walked a million steps and now I can run for 30 minutes. I know I mentioned that I was doing Couch to 5K a few weeks ago but in case you missed it, it’s a 9-week program that starts you off slowly by running no more than 60-90 seconds and then gradually increases the amount of time you run and at the end of the 9 weeks, you are supposed to be able to run a 5K without stopping. Well, I run very slowly still so I don’t quite run a 5K in the 30 minutes that they give you but I can run 30 minutes without stopping and that’s something I never thought that I’d be able to do. I am going to continue running at least 3 days a week and over time I may get faster and I may try to run a little longer but I think I’m going to let myself get acclimated to the 30 minute sessions before I try anything else. Anyway, unless you have really bad problems with your joints or permanent injuries that have made your doctor say that you can’t run, I am proof that pretty much anyone can do it. I will say that I don’t quite believe it’s a program that literally takes you from the couch to a 5K because I have been exercising every day for a long time now and it was really tough and I still only go like 2 miles in 30 minutes but it does train your body to be able to withstand running far longer than you think you can. If you exercise regularly, but don’t run, I would say you can go ahead and start the program but if you don’t exercise at all, I would recommend that you walk every day or at least every other day before you try Couch to 5K. It’s only 3 days a week so it doesn’t over work you…I obviously endorse it if you want to try it! Of course, if you don’t want to, ignore this public service announcement.

Well, that was all I had today. I won’t be weighing until next week…probably the morning of Christmas Eve…just so I can see where I’m at…I know I’m going to eat all kinds of goodies today so I don’t want to weigh tomorrow…I’ll give myself some time.

Have a wonderful weekend!