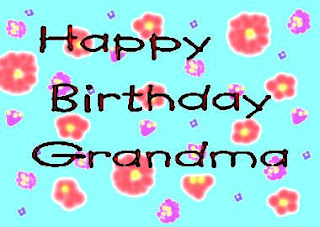 That’s right, it’s my Grandma’s birthday today and I would like to wish her a Happy Birthday! I will see you soon Grandma! I hope everyone has had a great week. Mine has been OK. I haven’t been feeling 100%. I haven’t really been able to get rid of these allergy issues for a couple of weeks and they sort of came full circle Wednesday night because I got a nasty little unproductive cough to go with it. I had my doctor call me in some medicine yesterday so I’m on the road to recovery. Also, I had some extra vacation time that I was going to lose at the end of the year so I took the day off, you know, I had it so I took it…it turned out to be a good time to take the day because I have been able to rest.

I have learned to become very independent the past few years because I pay my own bills and I haven’t been in a relationship. I like it. I enjoy the fact that I know if I had to, I could make it completely alone. I am single and have been for awhile. Most days, I am completely OK with this…I have amazing people in my life and I have personal goals that I’m not willing to sacrifice. Of course, there are days when I would like to be in a relationship again. Say what you will but people are shallow. I would argue that it’s much more likely that a chubby guy has a much better chance at love than a chubby girl. In general, I think girls have lower self esteem and tend to flock to those who pay them attention, not to those who they may think are unattainable. As bad as it sounds, girls settle. I have been more than 80 pounds heavier than my current weight. When I had that much “wealth,” it was very rare that a guy would show me any attention. In fact, aside from my family and friends, nobody really noticed me. As I lose weight though, I have noticed a hike in the amount of attention I receive. If I were to do a chart of how many guys spoke to me in a flirty way or in any way really, there would be a steady increase over the past couple of years. It’s like, the more weight I lose, the less invisible I become. I’m not saying this to be dramatic or emotional but I just sort of realized that this is going to be something that I have to deal with. I know that every guy I meet or talk to probably would not have looked my way a year and a half ago. Is this OK? Well, no, it’s really not OK but it’s a fact of life. I am the same person inside. I have the same face, I have less chins, but overall, I have the same face…but it doesn’t matter. People find fat people unattractive…now there are your chubby chasers out there and there are certain groups out there, whether it be related to ethnicity or how people were raised, that really don’t care about your size, but for the most part…people aren’t seeking out fat folks as dates. I guess I am just realizing that it is unrealistic for a person to see you for who you really are at first. As unfair as it is, for every pound I lose, I increase the chance I have at someone taking the time to get to know me. Ugh, I hate looking at it like that and I promise, that’s not why I’m losing weight. I do joke sometimes by saying that “I can’t wait to find a boyfriend so I can get off of Weight Watchers.” I really don’t mean it though…I am doing this for myself and I think that may the key factor this time…I feel so empowered every time I accomplish another goal and it’s not for anyone…but me.

Anyway, those are just some thoughts I’ve been having. Sometimes I hate to write on these subjects because they sound so melodramatic and I feel like I’m vomiting too many personal thoughts on the screen but I know I’m not the only one thinking these things so maybe someone can relate. If I do get a boyfriend any time soon though, I may hide this blog entry so he doesn’t feel pressure to say, “I totally don’t care that you were fat or if you get fat again.”

I don’t have too many plans for this weekend…it’s next week that it gets really busy. I plan on resting, maybe getting in touch with Whitney and hanging out with the family. Before I forget, my friend Whitney and her husband have the same birthday (cute huh?) and they celebrate this Sunday the 12th so I want to wish them a happy birthday… 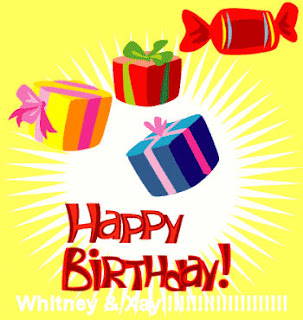 I hope y’all have a good one! Bye!

“You're no longer in charge on my thinkin'
You're already in love with someone else
So if I'm into all night honky tonkin'
Well I'm a big girl, I can take care of myself