Thanks, But No Thanks!

Longest. Week. Ever. I don’t know why but this week has gone by VERY slowly…maybe I’m still in holiday mode…I know it’s been a month already but it still feels like I should be working 4 day weeks. Anyway, I have much less to digest in this blog as the one on Tuesday. First, I weighed this morning and I was down another pound bringing my total weight loss to 84.2 pounds! I will be working hard from now until next Friday to try and get that last .8 down so I can change my picture and officially say I’ve lost 85 pounds! Wish me luck! I am very satisfied with the 1 pound loss, it’s much better than the half a pound from last week. I think I decided I will change around my cheat plan on Saturdays on a case by case basis. If I have plans on Saturday that involve a pre-planned dinner, then I will probably still have one cheat meal. If I don’t have major plans (which I do for the next 3 weeks), then I think I will take away my Saturday cheat meal on those days…that won’t be for a few weeks though so I will stick with what I’m doing. A pound a week will be fine with me…though I know that’s not something I can count on every week.

I have one pet peeve that I wanted to discuss before I go over the two Oscar movies that I’ve seen this week. Lately, it seems that everywhere I go that people are going to be eating and/or drinking things that aren’t on my diet, they give me a really hard time. This happens at work, around friends and sometimes around family. I can’t tell you how frustrating it is for people who you consider friends or family, to not support you in your weight loss. Most of the time, the abuse comes from a place that isn’t evil. People will offer you drinks, food that they’ve prepared, and they will want you to go out to eat with them for lunch or dinner. These are all perfectly innocent actions that I do not take offense to. However, when I politely say, “no, thank you,” that should be the end of the conversation. I won’t even get offended if I’m offered a second time…it’s the third, fourth and fifth times that I start to get angry. Everyone that knows me in pretty much any capacity, knows that I’m on a diet. Yes, there are times when I cheat or make exceptions but in each case, it is something that I have meticulously planned out, I don’t just decide one Tuesday night that I will cheat once and go to Taco Casa…NO…I cheat 1 meal Saturday and 1 meal Sunday…most of the time, these are carefully chosen meals that I have decided WAY ahead of time…and I don’t stray from that. People don’t just politely offer me things, they are rude. They get belligerent. I have had people call me a party pooper, rude and other worse things. People throw their hands in frustration at me, yell at me and say that they don’t understand. It’s funny, because a big percentage of the people doing this are the ones who are inclined to place judgment on what bigger people eat. So, which is it? Do you want me to eat everything in sight or do you want me to be thinner? You can’t have it both ways. In other cases, people honestly don’t think they are doing anything wrong so to those of you who have potential of not being a jerk, remember: one, “no thank you,” should be a sufficient answer. The people on the other end are having a hard enough time resisting temptation without people shoving delicious food and drink down their throat. Ok…that’s all on that.

I watched two movies this week… 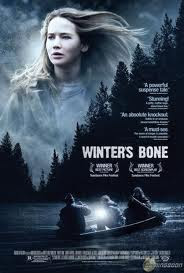 Winter’s Bone is a movie about mountain people…like…the scary kind from Deliverance. I think that it’s set in the mountain area near Arkansas and Kentucky…somewhere in the Ozark region. The people in the movie are really creepy. The main character is not creepy but she has a lot on her plate. She is a 17 year old girl who is trying to find her father, a drug maker and addict, who is on the run and if he doesn’t show up for his court date, the girl, her little brother and sister and her mentally ill mother will lose their house. Despite the short run time of the movie, it still seemed really long. I think the director was shooting for more of an artistic film than an entertaining one. There were lots of slow parts with shots of scenery. This is not to say the movie was terrible. There were a couple of sad and disturbing parts which made it at least interesting. Jennifer Lawrence & John Hawkes were both nominated for acting awards and I thought they did fine jobs. Honestly though, I think I would have replaced John Hawkes with Aaron Eckhart from Rabbit Hole and I would have switched Winter’s Bone for Rabbit Hole for best movie too. That’s just my opinion. The movie was a good little independent film (I didn’t mean that in the condescending way that it sounded) but in its efforts to be a gritty, powerful story…it fell a bit short. 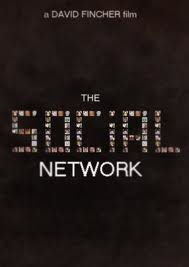 The other movie I watched was The Social Network. I loved this movie. I think this is the Oscar nominated movie that is for “the masses.” It’s funny, the writing is amazing but I’m not surprised by that…Aaron Sorkin (also wrote the West Wing) is a genius. I have total envy of him as a writer. Jesse Eisenberg really seemed to transform into Mark Zuckerberg…or the fictional charcter Mark Zuckerberg…inspired by Mark Zuckerberg. The movie is funny and an interesting look into the world of social networking. I don’t think the movie as a whole deserves best picture but I wouldn’t be mad if it won. I think my ONLY complaint if it won would be that I think there should be a timeless element to Oscar movies. If they are on a high caliber, we should expect impactful movies that someone 50 years from now would watch to learn something…the information I learned in The Social Network was sort of static, meaning because it doesn’t claim to be 100% true, I can’t rely on it as a source for who Mark Zuckerberg is and how the Facebook began…basically…I would watch it again but it made no impact on my life. All that seems sort of silly considering that there are millions of starving children in the world and multiple countries that are in war zones but movies provide an escape…sometimes all they are is an escape…but sometimes…they are more than that. Oscar movies should allow you to escape for two hours and then after that, they should have provoked you to delve further into the information they’ve given you (Inception, The Kids Are All Right, Black Swan, The Fighter, 127 Hours). It is also safe to say that these opinions vary depending on the person…so then it all becomes irrelevant because to some, The Social Network may have been a turning point in their life. Lol. I’m TOTALLY rambling…if you don’t get my point by now, I’ve done a poor job of explaining it.

I am going to watch Animal Kingdom tonight and then there are only two left. Jordan and I are planning to see those other two next by the end of next weekend by whatever means necessary and once we’ve seen them all, I will make a list of predictions and a list of who I think should win…they are usually different.

I have lots of cleaning and errands to do tomorrow including buying a vacuum, taking my dog to the vet and of course, shopping for groceries. I am going to a friend’s house for dinner tomorrow night and then Sunday, after I run, I plan on catching up on TV all day. Because of the movie watching, I am terribly behind on TV…I am excited to get the chance to rest one day…that will be nice.

Have a nice weekend!