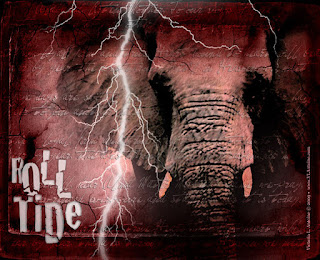 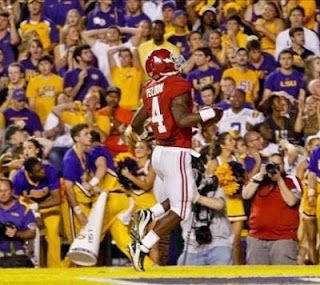 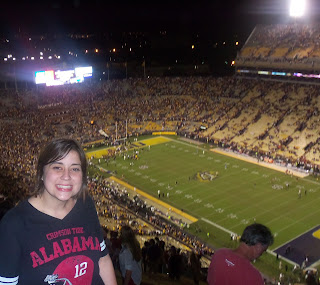 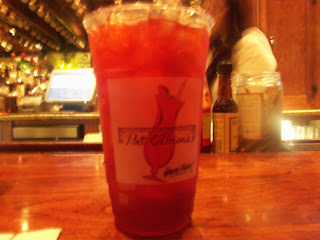 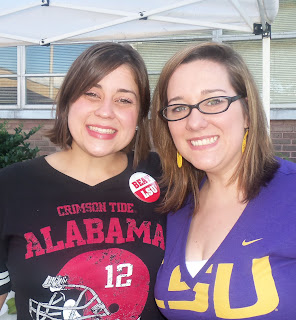 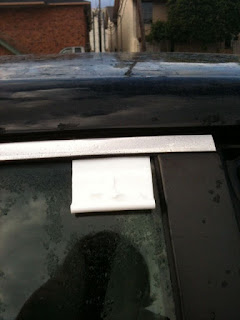 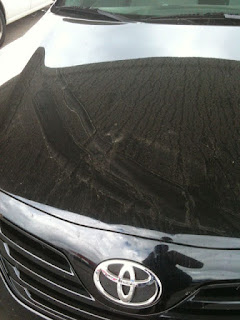 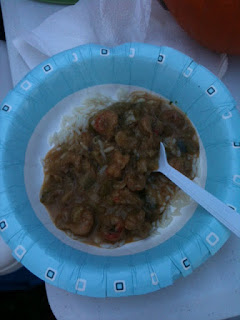 Roll Tide Y’all! I don’t remember which day I bought the ticket to the LSU game so I wasn’t sure if I shared the news that I was headed to Baton Rouge to watch Bama BARELY escape the wrath of Death Valley.  If you are a football fan, or even if you aren’t, I INSIST that at some point in your life, you go to Death Valley and see an important game in Tiger Stadium.  It’s THE loudest place I’ve ever been and I’m so happy I went.  I ended up going by myself.  I met friends in NOLA on Friday night and then stayed with them (that’s where I got the pictured Hurricane).  Saturday morning, I got up and drove to Baton Rouge.  I stayed with my friend Nichole (the girl in the picture) who now goes to LSU and has converted to an LSU fan.  I had the best time.  Well, I should amend that.  I had the best time before the game and then every second after the last 2 minutes of the game.  Not only is it loud, their traditions and dances and cheers are really cool, too.  They are an in your face bunch and quite honestly, they’re pretty scary.  The two pictures of my car show the aftermath of an angry, drunk LSU fan.  They ripped the flags off my car and then smeared the top of the hood with their hands and what I expect may be urine.  Luckily, that was all that happened.  Even though they were crazy, the people I had one on one conversations with were nice and very hospitable.  They fed me and liquored me up in true bayou style.  There was some friendly ribbing but that was it.  I got to try homemade Etouffe (last pic) which was DELICIOUS! 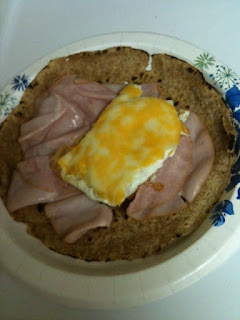 Admittedly, I kind of phoned it in this week in regards to recipe and blog material.  I have been making A LOT of stir fried type veggies but I went grocery shopping yesterday and I plan on branching out even further to try new things on my food pyramid based diet.  When I weighed on Friday, I was actually down a pound and a half from the previous week.  I ate until I wanted to be sick all weekend so I know I won’t see that kind of success this week but I was very pleased to know that not only can I still lose weight but that my new diet was showing a little progress.  It’s good to know that I can still do well.  I am back on the wagon again and I am going to try my best to follow my system during the weekend too.  I’ll let you know how that goes.  The pictured food isn’t really a recipe but something I put together at home.  With the new diet plan, I can have one serving of nuts, peanut butter or eggs as a protein.  These are foods that I never really ate before on Weight Watchers because they were too many points.  I put ham, egg & cheese on a wheat wrap and ate it.  I've eaten so many fake eggs/egg whites that I can't even stand to look at them so  I can’t tell you how much that real egg yolk meant to me.  I don’t mean to dramatic but it is certainly the little things in life that mean the most and that egg made me a very happy girl.  Also, and I don’t know the best way to say this, my new diet has made me more…"regular."  I feel like Jamie Lee Curtis right now.  I mean, on Weight Watchers, I only THOUGHT I was getting enough fiber.  The first week of my diet, I ate all of those veggies and my stomach looked like a basketball.  Well, week 2 brought some relief and things started happening for me on a daily basis.  This type of regularity hasn’t happened for me in years so it scared me at first because my initial thought was that I was eating too much but I lost weight so I’m thinking this is a good thing.  Who needs Activia when you have 5 cups of fruits/vegetables in a day?

Next week, I promise to try harder in the recipe/food area to give some ideas.

Alabama plays Texas A&M this Saturday with no break so I’m hoping they can rally all of their strength to beat them.
“ROLL TIDE!”
Posted by Heather Wyatt