Welcome to the last Monday in April.  The month of May is fast approaching which means it’s almost time for birthday month! I know more people who have birthdays in May including the one and only Jordan Pittman. 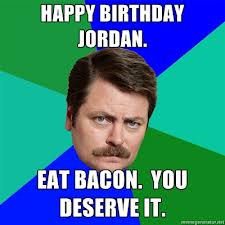 His birthday is Friday and my parents wedding anniversary is Wednesday… 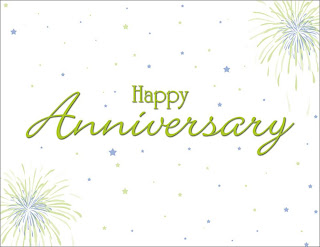 So happy birthday/anniversary to everyone (including Nish, Nichole, my cousin Alex, my Grandpa and others) this month…I will also celebrate my birthday on the 13th.  It should be a fun month.  It will probably be too fun. I don’t anticipate losing much weight this month.  My goal is to maintain for the most part.  I was really well-behaved last week but had only a slight encounter with half a calzone at Mellow Mushroom on Friday which led to a two pound gain and a downward spiral of junk food the rest of the weekend.  I have since picked up the pieces and started the week off right.  You win some, you lose some.  I knew it would level out a bit after my major loss last week so it’s no big deal, really. 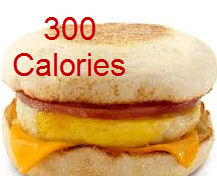 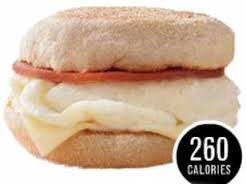 I don’t have a recipe this week because my weekend was filled to the brim with activity.  I do however have a fast food development.  If you count calories and you are frequent flyer of McDonald’s you know that until recently, the Egg McMuffin, at 300 calories, was the most figure friendly breakfast sandwich at McDonald’s.  It’s not a great calorie amount.  Subway has better options but sometimes, as Americans, we are too lazy even to get out of the car.  We want drive-thru.  So, the Egg McMuffin is a decent option.  It is certainly better than a buttery biscuit made with white flour.  Well, now they have something called the Egg White Delight which shaves 40 calories off of the regular Egg McMuffin using egg whites, Canadian Bacon, white cheddar and a whole grain muffin.  This sandwich is 260 calories making it an even better option.  I had one this weekend and it’s pretty good.  I think if you like the Egg McMuffin, you’ll definitely like this and who doesn’t want to save 40 calories. Kudos to McDonald’s for continuing to try to do better. 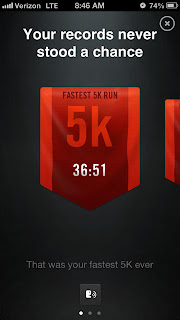 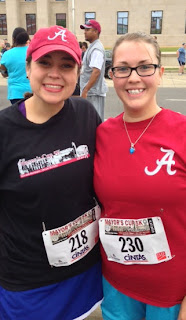 I also ran a 5K on Saturday.  Tuscaloosa remembered the April 27th, 2011 tornadoes on Saturday with a lot of outdoor events.  One of those was the Mayor’s Cup 5K and I participated.  I’m in no way a fast runner but I used to be no kind of runner at all so I was proud when I ran my fastest mile and finished with my fastest 5K time ever.  I had fun.  I was really sore the rest of the weekend but I ran the whole way, made a decent time and felt great about myself.  I have another 5K in June so I will train for that closer to time.  I’m gonna give my legs a break from running for a few weeks now. 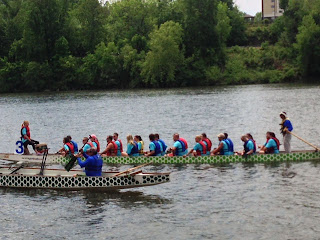 I also went to support my company in something called the Dragon Boat Races.  Essentially, many companies in town get together and race each other in the boats.  It was a fun time. 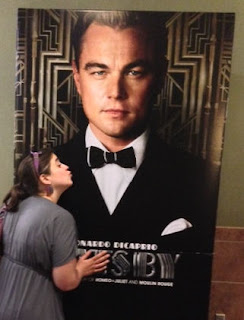 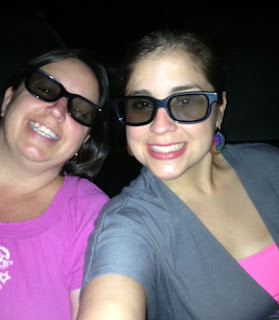 My mom, Oma and I went to see Jurassic Park in 3D on Saturday and it was just as good, if not better than I remembered.  I jumped in places even when I knew what was going to happen.  Before that, I made time to pose with the Leo poster at the theatres.  I am so excited for Gatsby to come out.  I’m re-reading the book and the previews look amazing.  It’s been a long time since I have anticipated a movie this much. 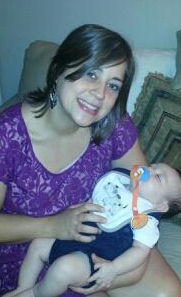 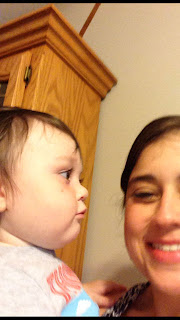 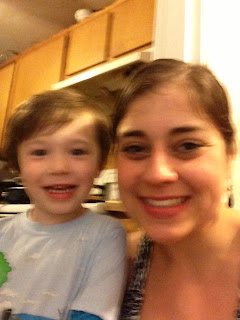 Sunday, my Oma, Dad and I went to Chattanooga for the day to eat lunch at my Grandma’s (told you I had a busy weekend)and I got to see my cousins Drew & Alex.  I included a picture of Alex from almost a year ago.  I can’t believe how big he’s gotten. They are so cute!

It was a great, busy weekend and I’m still recovering.  I’m pretty tired today but I had fun so it was worth it.

Have a great week/weekend/Cinco de Mayo!

“All my life
I’ve tried
To make everybody happy while I
Just hurt
And hide
Waitin’ for someone to tell me it’s my turn
To decide.” King of Anything-Sara Bareilles