Hey y’all! Welcome to February! I’ll get right to business.  I weighed yesterday and I was down 5.4 pounds after my previous weigh in which was 11 days ago.  This was encouraging since I was eating right and still gained two weeks in a row.  That brings my total loss since January 5th to 10.4 pounds and 7.5 inches.  I am not mad at these results! I worked extremely hard last week, sometimes even combining a jog and a class at the gym so I was hoping for these kinds of numbers.  This means I have around 7 more pounds to lose of the holiday weight and about 27 pounds to lose before my birthday so I can be below my lowest ever weight.  That’s a lot of numbers but just know after last week I’m feeling a bit more confident. 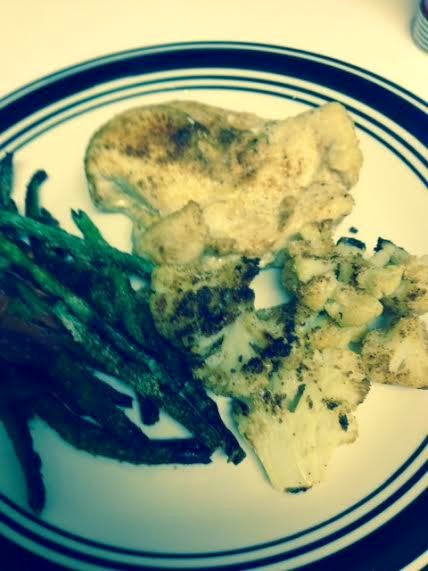 One of the most obnoxious things about dieting is that it is monotonous.  You tend to eat the same things over and over until you want to pull your hair out.  One thing that many people go overboard on when they diet is chicken.  I eat a lot of chicken y’all and it’s not always super glamorous.  I like it but it can get old.  As pictured above, you can bake it (which I tried for the first time a couple weeks ago and I think I’m pretty good at it.  It was juicy, tender and flavorful) and serve with veggies and of course, you can add it to a salad but there are other ways to jazz it up. 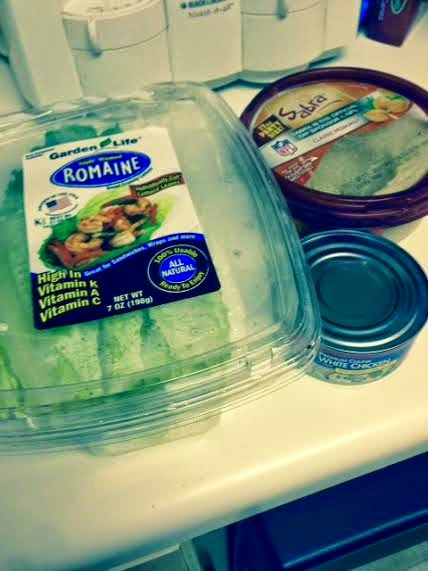 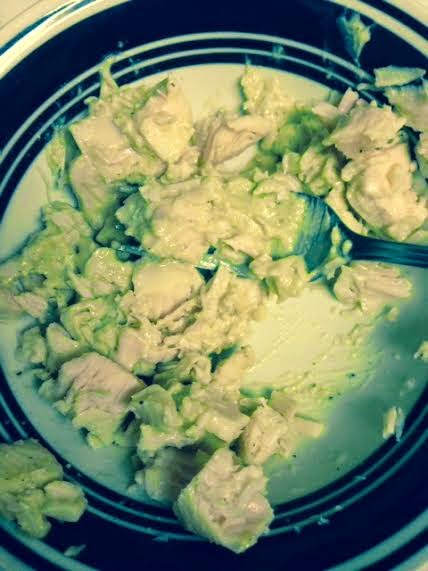 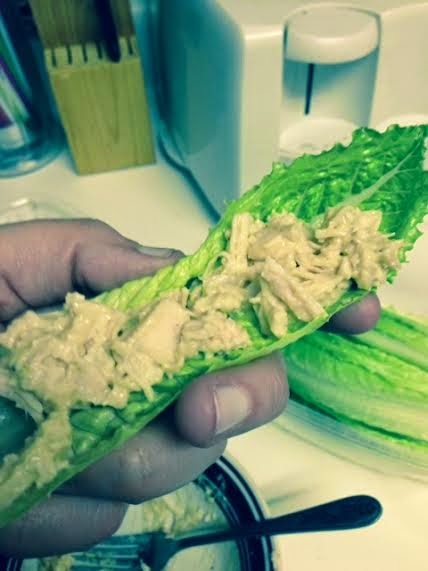 I also took the canned chicken and made Chicken Salad Boats.  All I did was mix the chicken with hummus and then fill up some hearts of Romaine.  It’s not complicated but the hummus gives it great flavor and it couldn’t be easier to make. 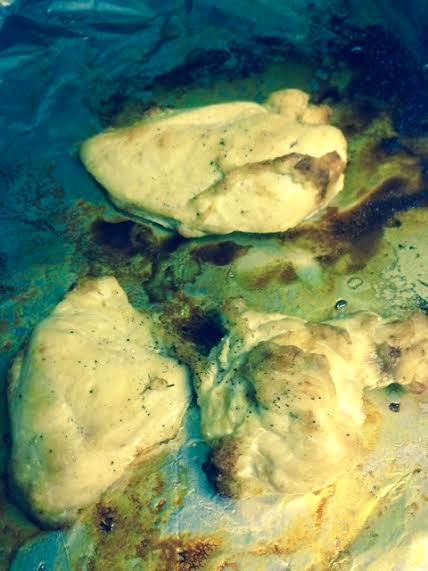 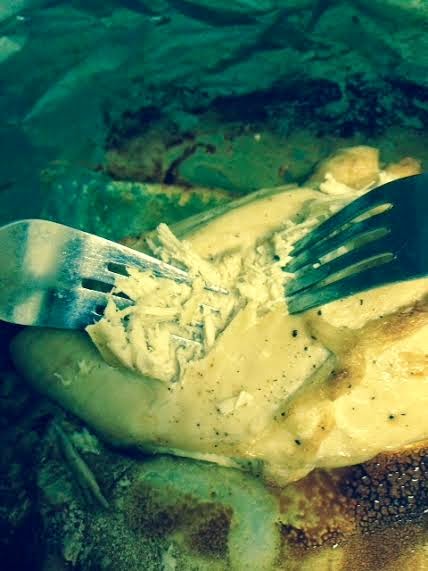 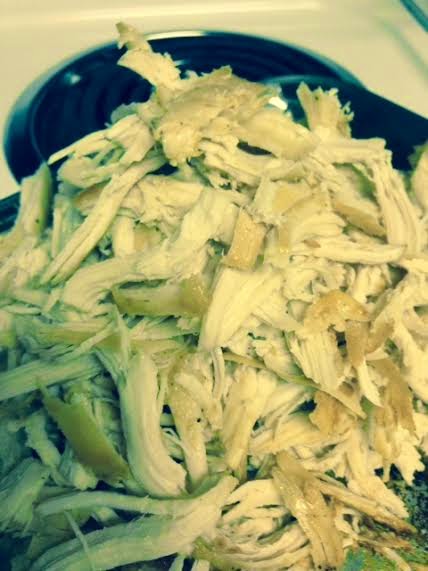 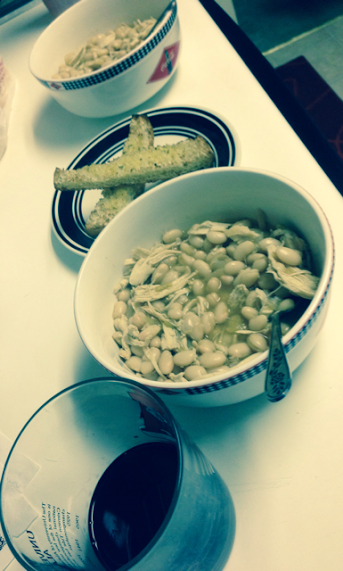 Another way to cook chicken is by throwing it in a soup.  I know a lot of people on the slow carb diet eat a ton of soup.  It’s good because it’s easy and it’s versatile.  You can throw pretty much whatever you want into a soup as long as it’s on your diet.  I baked chicken and added stock, white beans, green chiles, onions and garlic. I served Ian’s with bread sticks that I didn’t eat from Scholotzky’s and I served mine with wine.  This soup is filling because of the beans and I got several servings of it.  I am thinking of making another soup soon where I just go crazy and toss in all kinds of things.  Of course this doesn’t sum up every possibility.  I’ll have tons more because it’s a staple ingredient but you don’t always have to have just chicken and green beans.  There are a multitude of options out there. 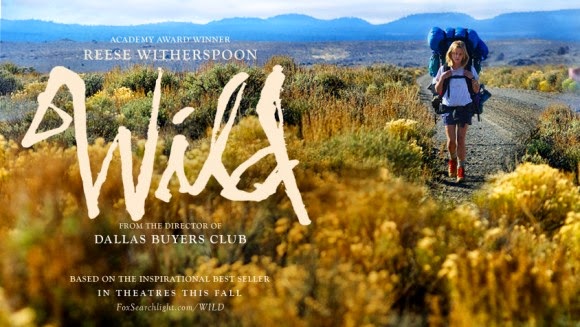 I was able to watch two Oscar movies this past week.  The first I was lucky enough to see in Birmingham with Jordan and that’s the movie Wild.  Reese Witherspoon is nominated for best actress and Laura Dern is nominated for best supporting actress.  I think both of these nominations are deserved. The movie wasn’t particularly astounding but it was really good.  I think the best attribute of the movie is that it sticks with you.  First, there are some super heavy moments in the film that are particularly gut wrenching…especially considering the fact they are based on truth.  More importantly though, this idea of escaping stays with you.  I don’t have the desire to hike 1,000 miles but the thought of having a personal journey like that is certainly inspiring.  It’s not always easy for me to see Reese Witherspoon in a more serious role but she does a nice job.  Laura Dern is fantastic. I give this movie an A-. 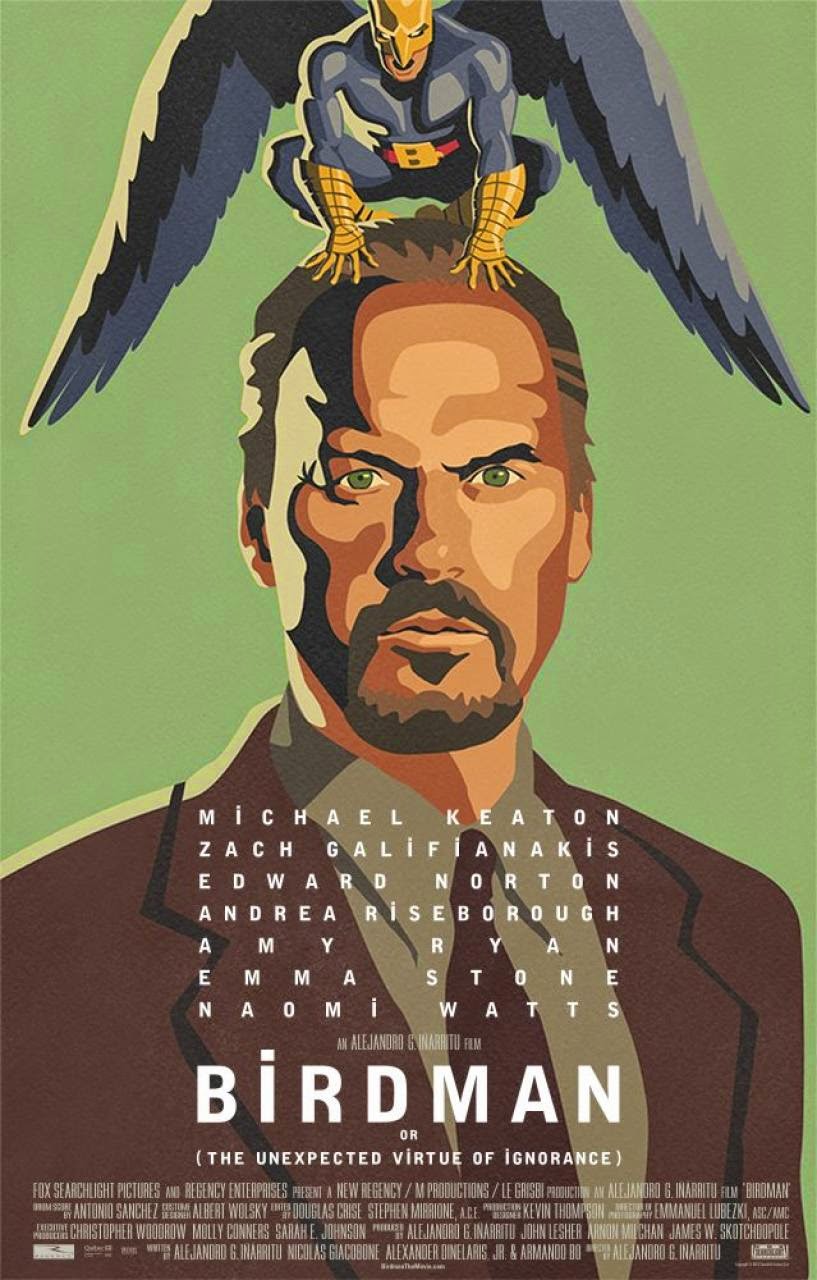 The other movie I saw was Birdman.  So, Ian read online somewhere that it is supposedly modeled after the story of MacBeth but all I kept thinking was “this movie is a lot like Black Swan.”  Obviously, the internal struggles are different and Michael Keaton is a male actor not a ballerina but his hallucinations and mental strife can certainly be compared.  The movie also ends mysteriously leaving you to just go, “Huh?!” at the end.  The movie has a ton of nominations including: Director, Actor, Supporting Actor, Supporting Actress and Screenplay.  I’d say all of these, particularly the nominations for Michael Keaton, Edward Norton and Directing, are deserved.  The movie was weird.  There’s no doubt about that.  But, I think I liked it a lot.  Michael Keaton really outdid himself and I felt totally engaged with the movie the entire time.  I can’t pinpoint the exact reasons I thought it was pretty great but I know I enjoyed it.  I give this movie an A-.

That's all I had today! Here's hoping I have a great weigh in day on Sunday! Good luck to all of you as well!
Posted by Heather Wyatt