Hey everyone.  Monday is here again.  I gained 2 pounds last week.  I didn’t eat anything that wasn’t on my diet and I worked out like crazy but I gained.  So, today, I began combining my lose it app with the slow carb diet.  I went a little overboard with peanuts last week because I went to two sporting events and it was exciting to get something from the concession stand.  I can tell already this morning now that I’ve had to measure things again that I was eating too much.  I am not happy about counting and measuring but I obviously can’t be trusted not to eat too much protein, fat and oil so it’s what I have to do.  I’m hoping cutting back on portions will help because I’m very discouraged by this up and down thing I’ve got going, especially since I’m working so hard.  It will never not be a struggle. 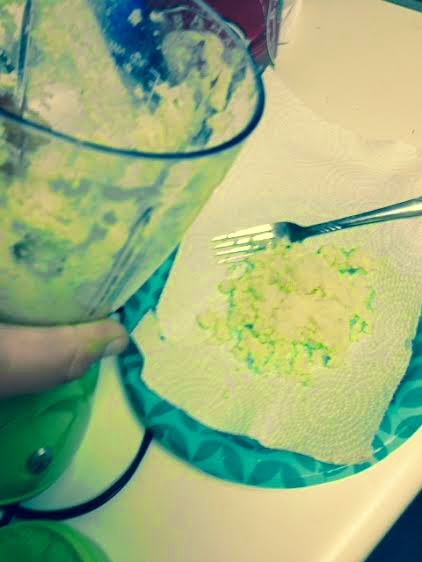 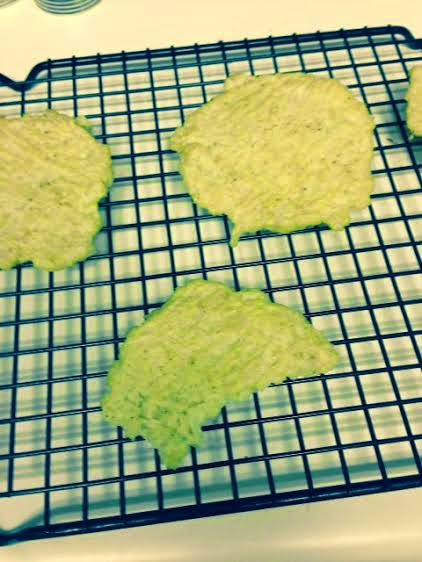 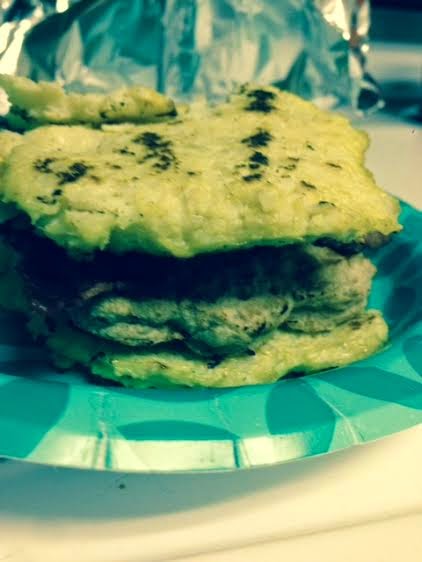 So I am intrigued by all of the recipes for cauliflower so I’ve made a couple.  Some have worked some have not.  The above recipe was one that I consider a “sort of” fail.  I found a recipe for cauliflower tortillas that I was going to try with a turkey burger.  The ultimate issue I think was that I used frozen cauliflower and not fresh and so when I thawed it out there was far too much moisture in it.  You have to put the cauliflower in a food processor to get it to mold with the eggs that you use.  You are supposed to drain the excess moisture but it was impossible since I added more in the microwave.  So, when I went to mold them and then cook them in a skillet, they fell apart.  On the bright side, a couple of them hung together long enough to make a kind of bun.  Also, it was cauliflower, egg and some spices so it didn’t taste bad it was just kind of weird.  I haven’t given up on cauliflower and I have had some success that I will share in the weeks to come. 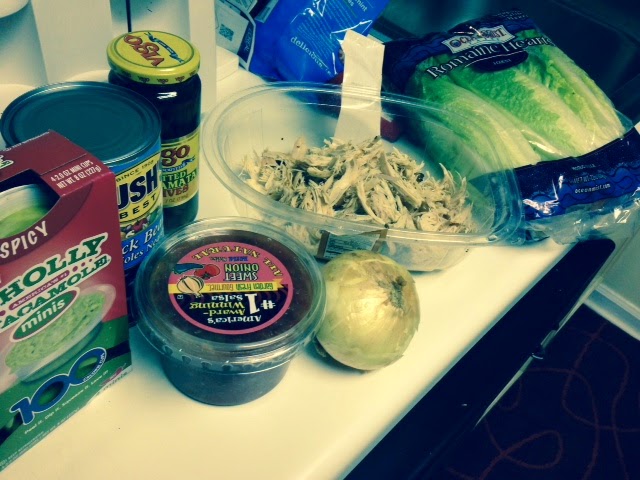 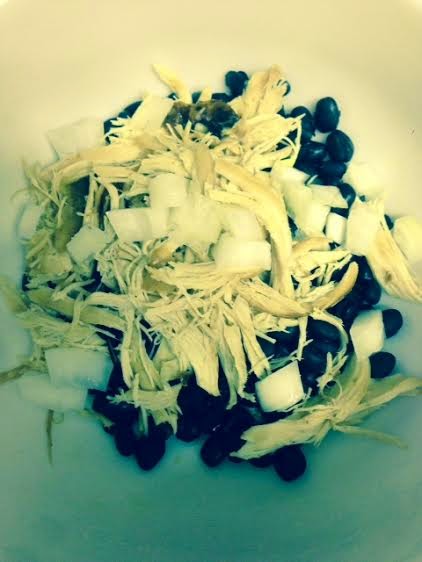 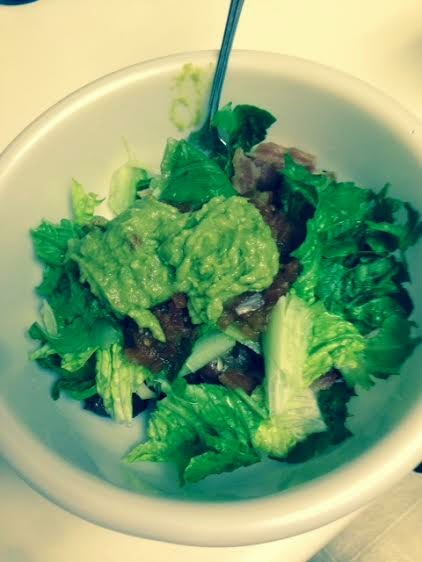 I spend a great deal of money purchasing burrito bowls from Moe’s and Chipotle.  On days like Monday and Wednesday it’s just more convenient for me to buy them because of my schedule but they are expensive, especially for what you get.  So, I made my own burrito bowl at home.  I bought a rotisserie chicken from Publix that was already made and I brought it home and shredded it and used it multiple times.  I mixed some of the chicken with some black beans and heated in the microwave for about a minute.  Then I just piled on onion, salsa and guacamole to make my own version.  It was certainly cheaper and every bit as delicious.  This has become sort of a new staple for me. 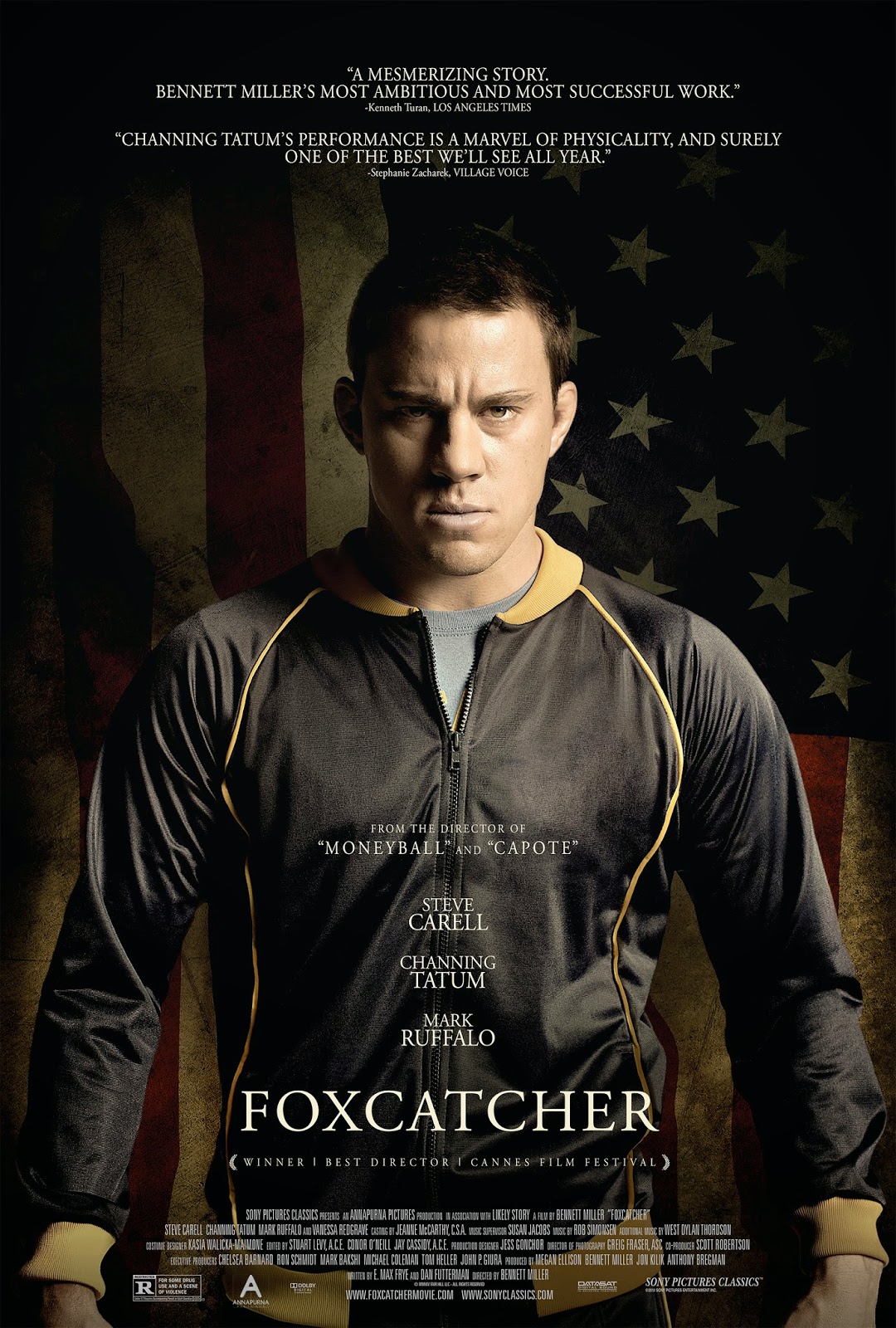 I watched two more Oscar movies last night in lieu of the Grammys that I will catch later.  The first was Foxcatcher. I did not react well to this movie at all.  I borderline hated it.  I feel bad for saying that because I thought that Steve Carell (nominated for Best Actor) and Mark Ruffalo (nominated for Best Supporting Actor) gave a great performance but boy, I did not like it.  It’s also nominated for Director and Original Screenplay.  The movie is based on a true story that happened before my time.  It was about a disturbed wrestling coach who wasn’t really a wrestler but a rich guy from the Dupont family that was obsessed with winning gold at the Olympics.  He recruits Channing Tatum’s character and his brother in the movie, Mark Ruffalo to help him win.  The movie played suspenseful background music the entire time so I constantly thought something was about to happen.  Then, nothing happened for over 2 hours.  Steve Carell nailed the creepy personality but I thought it was dreadfully boring and found myself wanting to turn it off multiple times.  There was a ton of needless cinematography and while the last 15 or so minutes of the movie were mostly entertaining and a bit surprising if you don’t know the story, I would never watch it again. I give it a C-. 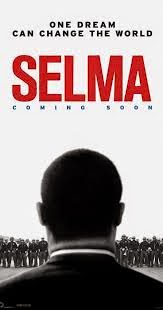 The other movie I watched was Selma.  The content of this movie was difficult at times but I thought it was really good.  The movie begins with a jolt of history that puts you in the frame of mind you need to be in to understand the severity of the march from Selma to Montgomery.  It’s odd because I also noticed the cinematography in this movie and that’s unlike me.  I thought they made some weird choices at times that made it seem too modern.  I also know that there are some historical discrepancies about some of the moments in the movie and that is always disappointing.  Pushing those things aside, I thought the movie overall was good.  I think the fact that it was only nominated for best picture is a bit of a snub because the actors that portrayed the historical figures did an outstanding job, particularly David Oyelowo as MLK and Carmen Ejogo as Coretta Scott King.  I think the most poignant take away for me is the alarming fact that so much of the hateful rhetoric heard in the movie can be heard today, not just about race but about all minority groups.  People fear what they don’t understand and though change does happen, it happens far too slowly.  I am grateful things have changed since the 1960s but I do hope that one day people don’t hate people they don’t know. I give it an A.

Have a good week and happy early Valentine's day y'all!
Posted by Heather Wyatt