Hey y’all.  It’s my last week of teaching for the semester which means everything is a bit crazy right now.  The silver lining is that by the end of next week I will have all of my grading done and posted.  It’s just a matter of pressing through.  Then it will be summer time and I will have so much free time and I have a feeling I’m going to have a love/hate relationship with that time. When I weighed this week I had lost the 2 pounds I had gained from the couple of weekends around Easter that I ate too much so I was happy about that.  I went a bit rogue on Saturday and Sunday this week but I have done worse in the past.  I worked out so much that I was too lazy to go in yesterday but I kind of felt like my body needed a “do nothing” day because I haven’t had one in a while.  This week will be tough with the stress of trying to get everything done but I’m most concerned about the summer.  When I am just sitting around the house, all I want to do is eat.  Hopefully I will find other things to occupy my time.  Anyway, I want to have a couple perfect weeks where I eat right and don’t create loopholes and I exercise like crazy. 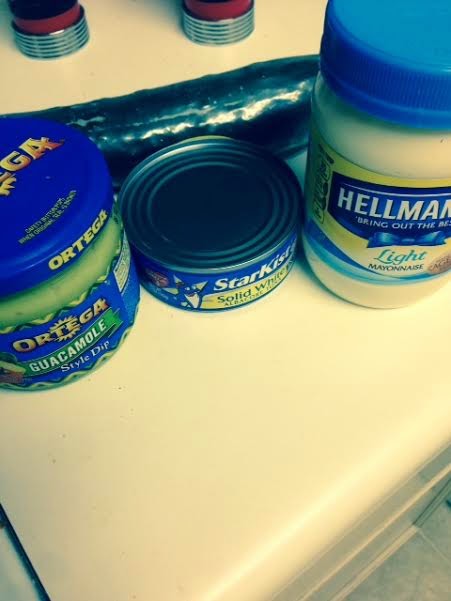 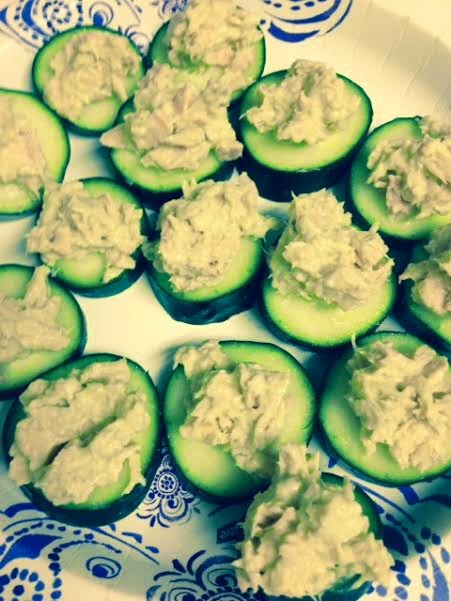 Since it’s almost summertime the produce section is looking a bit brighter.  Cucumbers are good because they are good for you and super low in calories because you are basically eating water.  They also serve as nice little vessels for food.  You could use the slices to make little sandwiches or you could make tiny boats out of them.  This recipe is super simple and perfect for a summer lunch.  If I’m going to have meat in a can, I much prefer it to be chicken but I had tuna so I used it.  All I did was mix tuna, light mayo and a bit of the guacamole dip to add a kick and another layer of flavor and spread it out among several slices of cucumber. It’s not much but it’s filling and flavorful. 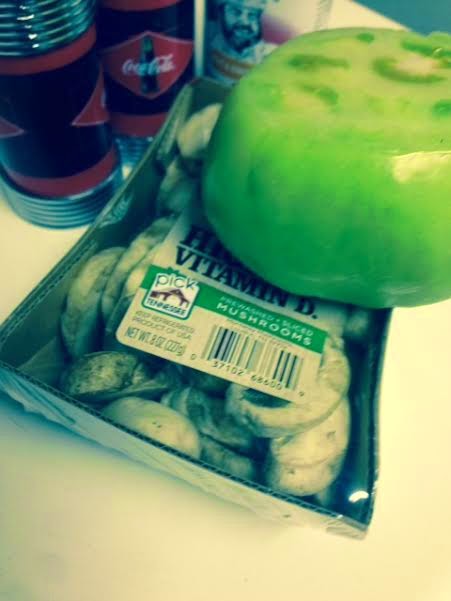 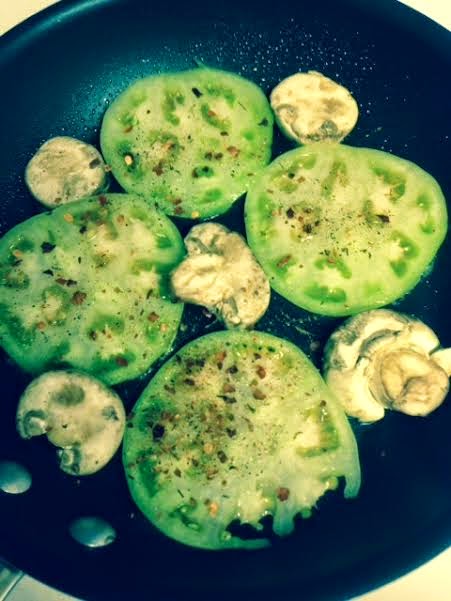 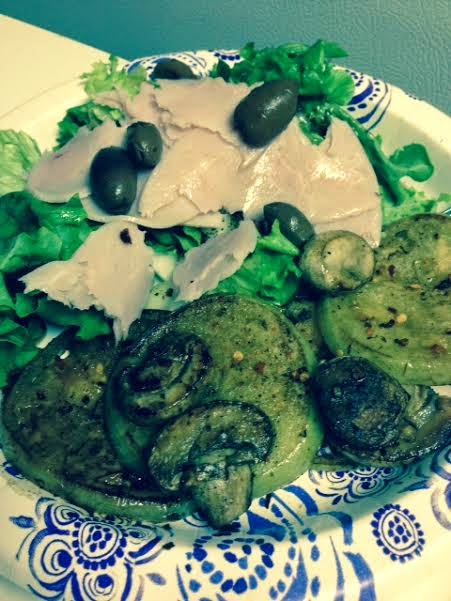 I hate red tomatoes but I love fried green tomatoes.  Since I can’t batter and fry the tomatoes, I like to sauté them up in the skillet.  I spray the pan with Pam and add a lot of spice to the tomato and crisp them up in the pan.  I try to cut the slices as thin as possible.  Green tomatoes are available right now and I just like them because they are tart.  I also added some mushrooms and served them with a side salad. Again, it’s a nice light summer lunch.

Since it’s summer and I live in Alabama, it’s time to start thinking about shorts and swimsuits.  I don’t wear shorts because they have always ridden up but I’d love to find a pair that were made for more curvy girls.  Also, shopping for swimsuits is totally depressing and I’ve had the same one for about five years so I have to buy a new one to wear this summer.  I was informed of some shorts a couple weeks ago from Lane Bryant that are for working out and supposedly don’t ride up.  I’d love to try them but they are $50 so it may be awhile. I included the link to them below. If other people have suggestions on active wear for curvy ladies, I’d love to have them.  The heat in the south is unbearable during the summer months.  It would be nice not to have to wear pants.  I also included a link to swimsuitsforall which is a site with bathing suits for all shapes and sizes.  Some of them are cute which is hard to find.  Companies tend to not make cute bathing suits for bigger women.  I’d also love suggestions for swimwear.  I’ve gotten a few links but if someone else has ideas, I’d love to hear them.  I’ve also looked at Wal-Mart and Kohl’s who have a few lower priced suits that aren’t bad.