Happy Monday y’all! I’ll jump right into things because I have grading and lesson planning up to my elbows.  I will start by saying the good news is I had a perfect diet week! I really to the term “cheat meal” to a whole new level last night because my mom made an amazing dinner but I stayed within my limits and I’m super proud of that.  I’m hoping to do a repeat this week.  I weighed this weekend and even though I had two bad weekends in a row, I was up less than two pounds.  My goal is to get those off this week.  I have to say, I’ve been really going at it in the gym.  I worked out 6 days last week and each day was between an hour and a half and two hours.  I’m not trying to brag.  My only point is that it isn’t all about food.  I have to work extremely hard not to gain weight.  It’s a frustrating and never ending fight but I’m still in it. 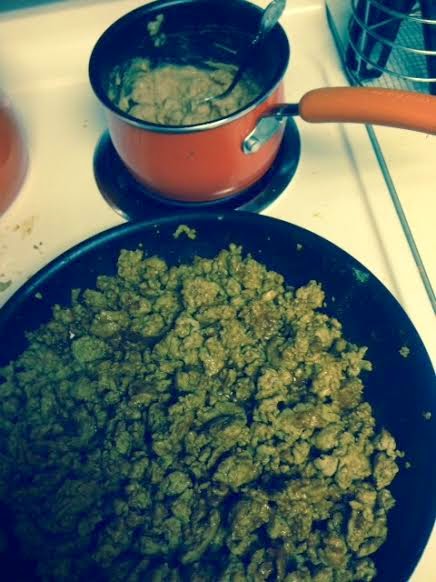 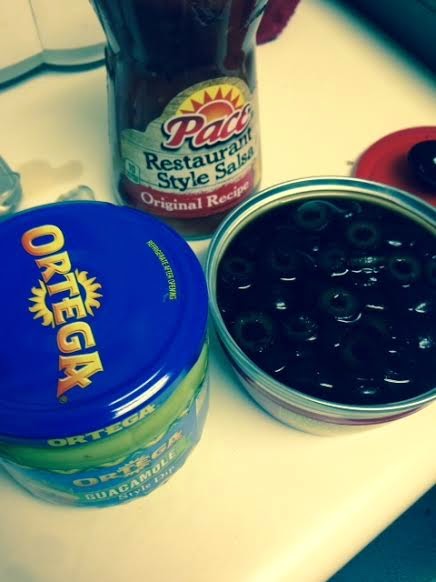 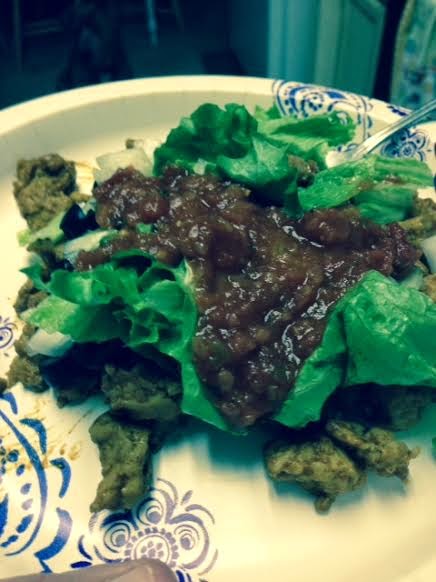 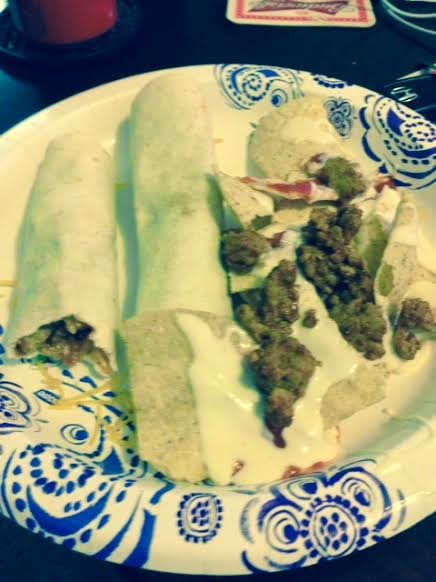 I will cook for Ian sometimes but he’s an incredibly picky eater so it’s hard to make food acceptable for both of us.  I usually make what I’m going to make and add to his to make it tolerable for him. (I’m super nice.)  A couple weeks ago we had “taco night.”  I made it with ground chicken which shaves off fat and calories off the jump.  I made a nice pile of meat, refried beans, lettuce, salsa, onion, olives and a guacamole dip for my taco salad.  First, the guacamole dip is just OK.  I love guacamole but its shelf life is incredibly low and I’m the only one eating it so I tried the dip.  I’m sure it’s full of processed crap because it has a far off expiration date so I’m probably not even supposed to eat it but it added a nice little kick.  It’s not my favorite thing ever and I probably won’t buy it again but I’ll find uses for it.  When Ian fixed his plate (also pictured), he had tortillas, shredded cheese, queso and chips to choose from so he was happy.  Taco night is so simple and quick and you can make it healthy or you can fatten it up a bit to make other people you’re cooking for happy too. 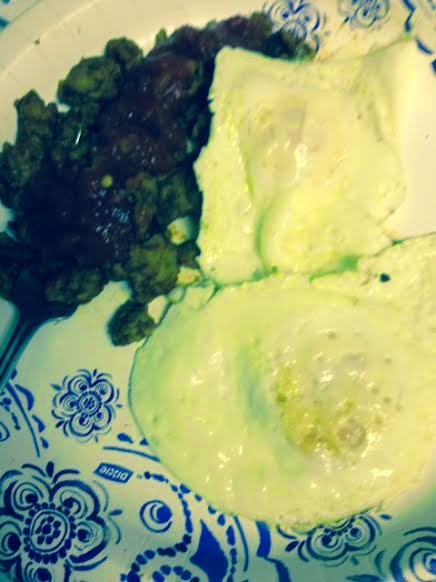 In a round 2 recipe fashion, I used the leftover chicken for breakfast the next morning.  I fried up a couple eggs and served it on the side.  I topped it with salsa and it made for a nice, “brunchy” dish. 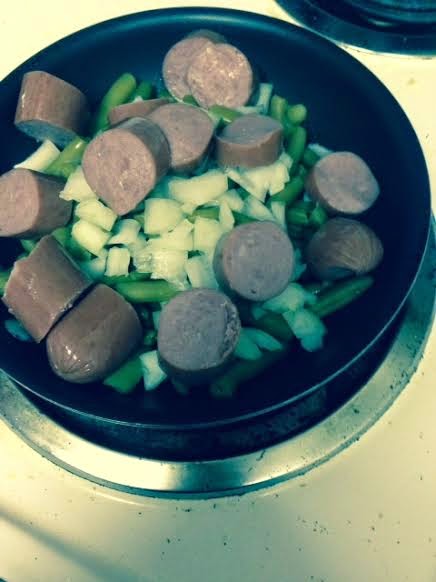 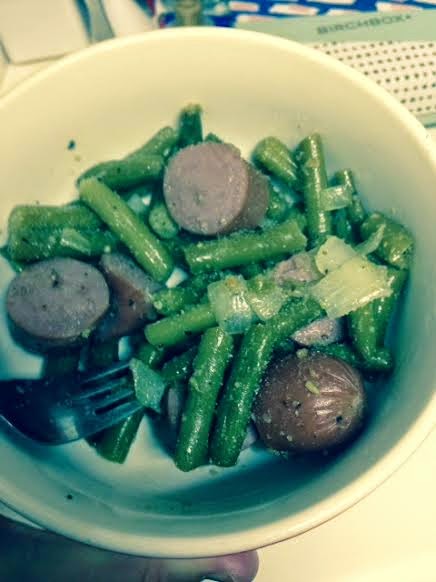 Finally, I was at the end of my groceries again the other day and it was one of those “throw anything I can find in a skillet” recipes.  I just added some green beans, onion and turkey sausage.  I spiced it up nicely and had a filling, hearty lunch for under 400 calories.  Y’all need to look in your cabinets before you proclaim you “have no food” because you can pretty much put anything in a skillet with spices and call it dinner.

That's all I have this week.  The semester is winding down so for the next couple of weeks it will get worse before it gets better.

A-Day is this weekend so we get a bit of a taste of football season in the spring and that's always fun.