Hey y'all! Yesterday was the official first day of summer but if you ask me it's been here for a couple weeks.  It is SO hot! It's the time of the year where my dog flat out refuses to walk in the afternoon.  I can't say I blame him though. I realized today that I haven't weighed since late April.  I can't decide how I feel about this.  On the one hand, I know that the scale is a terrible machine that often defines your mood and self-worth.  On the other hand, I would like to know what I'm working with.  I decided to weigh on Saturday and start weekly weigh-ins again. For several weeks I've been eating right during the week and then letting go on the weekends.  I want to do better.  My clothes fit but are snug so it's time for some hard work and it's time to set another goal.  As usual I'm searching for the motivation I once had.  I have it today and that's what matters.  My first goal is to have a good week AND a good weekend.  Wish me luck. 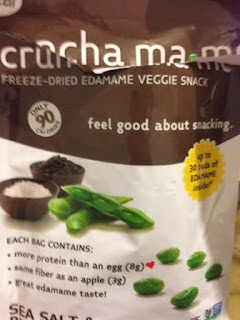 When I went to Manna grocery a couple weeks ago and got back bean tortilla chips, I also bought some freeze dried edamame to snack on.  I've never tried it before in this form so since it was 90 calories for a whole pack, I gave it a shot.  I had to get used to the texture but once I did, I really enjoyed it.  Edamame is packed with protein and it's filling.  I would love to find smaller packs in bulk so if anyone knows a good place for that, let me know. 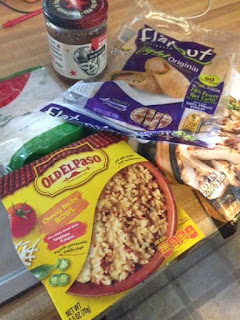 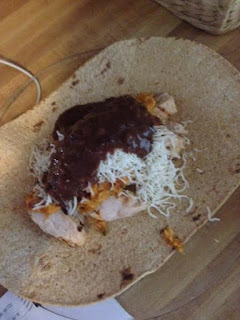 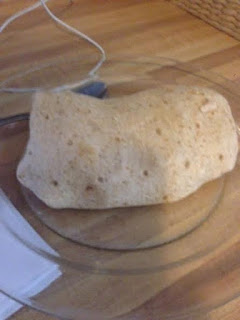 I was out of town last week most of the week so I didn't do much in the way of cooking.  I wanted to share something I've shown before but makes for a great, quick dinner.   Since I'm obsessed with Moe's but have no money, I often make Moe's burritos at home.  All I do is take my 90 calorie flat bread and add my favorite toppings.  I split both the rice I bought at the grocery store and the chicken strips in half so I could make a burrito two days in a row and added cheese and black bean salsa.  It makes a sizable burrito and it tastes yummy! These are addictive and much cheaper than going to Moe's or Chipotle like I'm tempted to do every day. 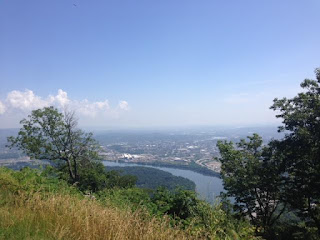 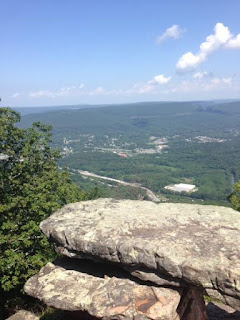 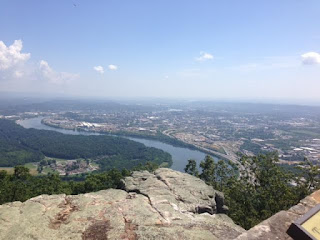 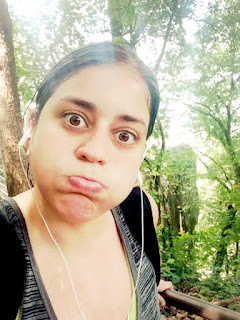 When I was in Chattanooga, I traveled to Point Park on Lookout Mountain to try my hand at hiking.  I've been "hiking" I guess but not on a mountain and not to this extent.  I climbed over rocks and walked along the edge of the mountain with a ledge/significant drop off to my side.  I won't say it was dangerous but had I fallen or something it could have gotten interesting.  It was hot and extremely challenging.  I was drenched in sweat and out of breath by the end but I loved it.  Sure, I'd always rather be inside watching TV but I'm committed to exercise so if I have to do it, I'd say this is one of those things I enjoy enough to do again.  I'd like to have a partner because I feel like unless you're a professional hiker, operating on the buddy system is probably smart.  I don't think I'd be good in a survival type environment.  I hate that I have to drive so far to get to more significant mountains but it would be worth it to do it from time to time.  I'm going to Colorado in less than a month with my parents and I would definitely like to try hiking while we are there.

That's all for today.