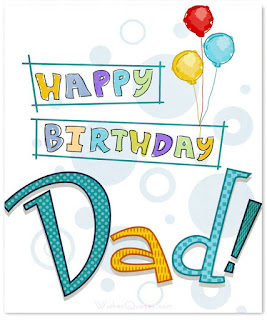 Hey y’all! I’d like to give an early birthday shout out to my Dad! He’s turning 55 on Monday, July 3rd, as is Tom Cruise! Have a great day, Dad! 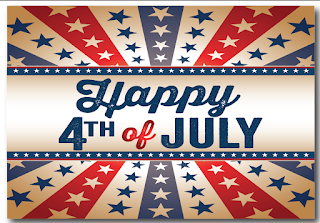 Also, here’s an early birthday shout out to the United States of America! I hope you all have a wonderful holiday! I will forever show gratitude to those who serve our country! 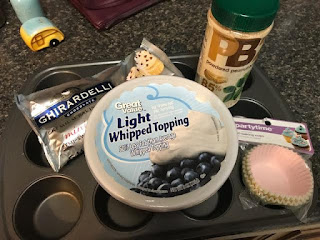 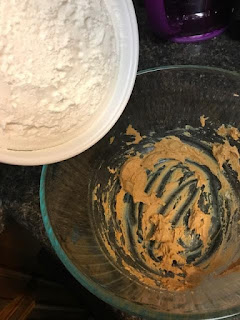 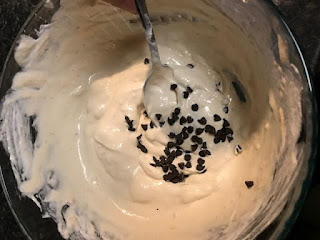 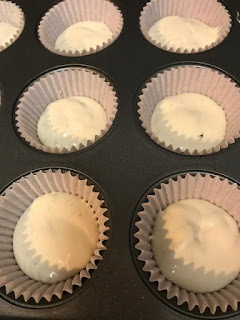 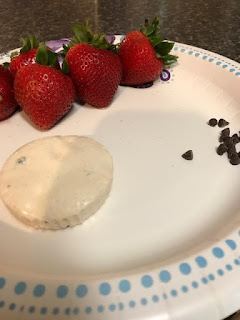 I weighed in on Saturday and as I suspected, I didn’t lose any weight. I was only up 0.8 pounds, which was a relief. I know where the weight came from and it didn’t bring me down. In fact, I did better this past weekend than I have in the past when I’ve shown a weight gain and I’m dominating this week so far. I’ve had a bit of a sweet tooth lately and while I like Halo Top ice cream, I tried to change it up a bit. I decided to pull out the light Cool Whip (which was an old favorite of mine back in the old Weight Watchers days), dark chocolate chips and PB2 Peanut Butter Powder. I prepared the PB2 with water, combined it with the Cool Whip and tossed in a few chocolate chips. I plopped a scoop of the mixture in a cupcake liner and put the tray in the freezer. I'm not 100% it was worth the trouble only because a tiny scoop is 3 points. Having said that, it was delicious! 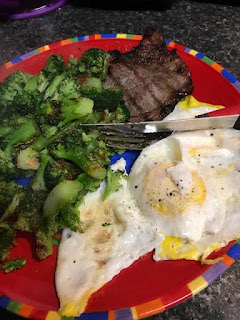 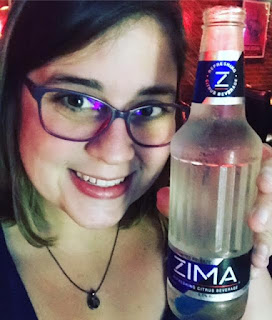 One of the most valuable lessons I’ve learned so far this week is that I need to make the most out of the points I have. For example, Ian and I pull out whatever meat we have out of the freezer the night before we have it so it can thaw. We pulled out some steaks we bought that were thin ribeye steaks. Because they were thin, I didn’t think they would be that bad. It turns out, one steak was going to be 22 points. I only get 37 for the day. So, I ate way less during the day than I usually would, but when I got home, I still didn’t want to blow that many points. Instead, I decided to eat only half the steak. Because of that decision, I got to have 2 eggs, a beer and a Zima (an old school malt liquor I haven’t had in a LONG time). It turns out, I’d much rather sacrifice in some places and not in others. It was much more satisfying to spread those points out. Plus, I was full AND happy! 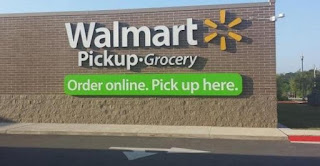 Also, shout out to my friends Nish and Cassandra for enlightening me about the world of grocery pick up from Wal-Mart. Y’all. I don’t get everything from Wal-Mart but to be honest, it’s the cheapest place to get soda, toiletries, paper products, and processed foods. With the grocery pick up, all I did was load my cart on the Internet, select a pickup time and go get my groceries. It. Was. Epic. It saved so much time, and money, because I didn’t throw random things I saw on my way through the aisles. It’s a super easy process and I highly recommend it.